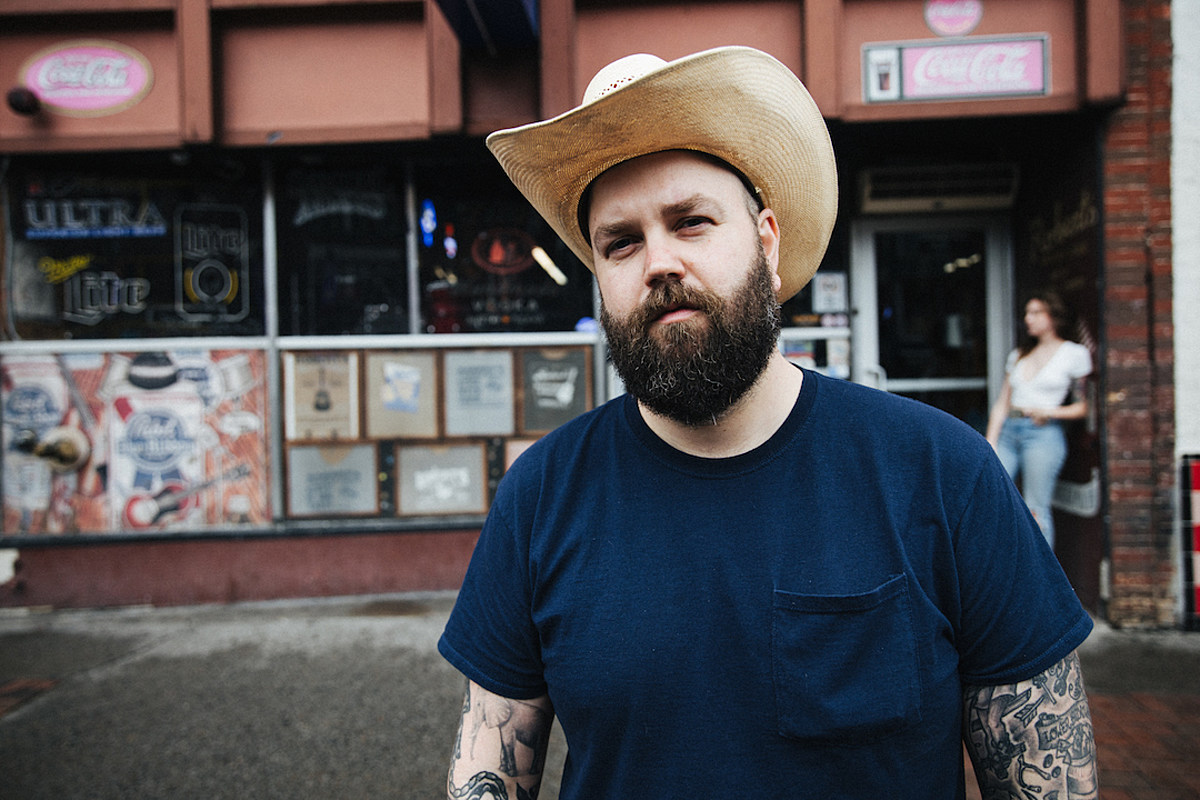 Joshua Hedley closes out his recently released album Neon Blue with a cover of Roger Miller’s ”River in the Rain” that does great justice to the original — and now he’s released a music video to go along with it.

Exclusively premiering at The Boot today, the intimate video takes the audience behind the scenes at Ronnie’s Place recording studio in Nashville, Tenn. Close-up shots of gear around the studio mixed with footage of Hedley singing makes viewers feel as if they are in the studio with him.

The song, originally released by Miller in 1986, is well suited to Hedley’s classic country sound. But what drew Hedley to the track was much more than that. “Roger Miller is one of my all-time favorite writers,” he shares. “A truly unmatched wit. He just looked at words differently, and he was able to use them in a way no one else ever has to construct absolute masterpieces.”

Because of Hedley’s deep love for Miller’s writing, it likely was not easy to narrow down song choices, but “River in the Rain” caught Hedley’s attention by weaving two worlds together.

“Specifically, I chose ‘River In The Rain’ for my latest album because I thought it showcased brilliantly the way he could take that same wit and whimsy that he put into his humorous material and apply it to serious subject matter. To me, the song is about unconditional love, and that’s exactly what I have for the brilliance of Roger Miller — unconditional love.”

The release of the “River in the Rain” video comes in the midst of Hedley kicking off a 10 city trek that began in Texas and continues on to take him all the way to the Netherlands. You can find a full list of his upcoming tour stops below. Additional ticketing information is available at Joshua Hedley’s official website.

With three albums of original tunes already to her name and another, No Regular Dog, coming on Aug. 12 via Prine’s Oh Boy Records, Waldon has accumulated a vast catalog of well known hits and undercover gems. Her songs cover everything from her Western Kentucky upbringing to working as a bartender upon her moving to Nashville, self discovery, the hypocrisy of religion and more.

In 2019, she became the first new signee to Oh Boy Records in 15 years — and for good reason. Let’s take a look at our choices for Kelsey Waldon’s 10 best songs, so far: