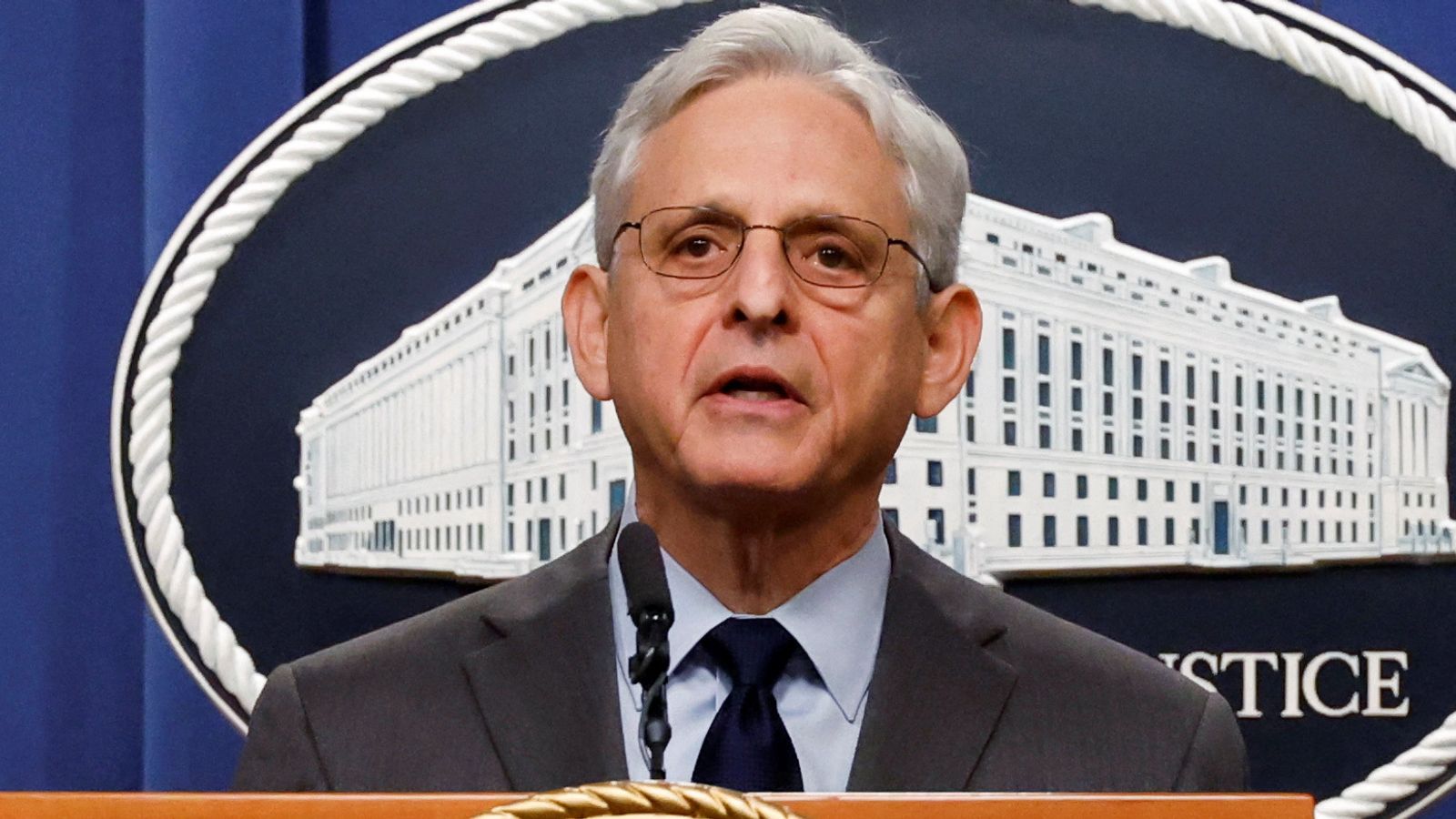 Two men suspected of being Chinese intelligence officers have been charged with attempting to obstruct the US criminal investigation and prosecution of Chinese tech giant Huawei.

Chinese nationals Guochun He and Zheng Wang are accused of offering bribes to a US official they thought they had recruited as a spy, but was actually a double agent working for the FBI, the US Justice Department said.

The men are accused of trying to get the official to supply confidential information about the department’s investigation, including about witnesses, trial evidence and potential new charges.

“The Justice Department will not tolerate attempts by any foreign power to undermine the rule of law upon which our democracy is based,” US Attorney General Merrick Garland told a news conference.

The department added that arrest warrants for the pair had been issued, but it is not clear whether they will ever be taken into custody.

Washington has long accused Beijing of meddling in US political affairs and stealing secrets and intellectual property.

In the last week, 11 other Chinese nationals have been arrested or charged with offences including harassing individuals in the US to return to China, as part of what Beijing has called “Operation Fox Hunt”.

Huawei not named but references are clear

Prosecutors say at one point last year, the unnamed person passed to the defendants a document that appeared to be classified as secret and contained information about a purported plan to charge and arrest Huawei executives in the US.

However the document was actually prepared by the government for the purposes of the prosecution that was unsealed on Monday, and the information in it was not accurate.

Although the company is not named in the charging documents, the references make clear that it is Huawei, which was charged in 2019 with bank fraud and again the following year with new counts of racketeering conspiracy and a plot to steal trade secrets.

In 2020, the company said in a statement: “Attacking Huawei will not help the US stay ahead of the competition.”

Disney’s ‘Strange World’ Flops, LGBTQ Character to Be Scapegoated?
Chris Cagle Makes Up A Country Song About Some Idiots Causing Trouble At The Concert… Right There On The Spot
This is Merriam-Webster’s Word of the Year for 2022
‘Sex Lives Of College Girls’ Reneé Rapp Signs With WME
Sam Hunt Gets Back to His Roots on New Song, ‘Start Nowhere’