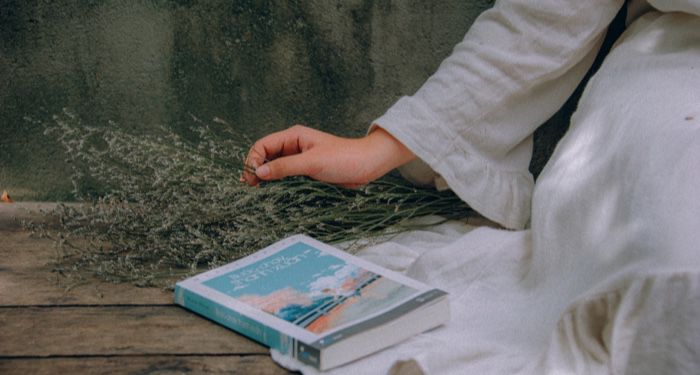 My friends get a glint in their eye every time they talk about a celebrity whose show they are really into or someone who did something despicable. And while I cheer and gasp in all the right places, I do feel a sense of not-caring creeping up my spine. I barely have time to stay on top of author news, my TBR, or publishing gossip, much less watch TV and keep track of any of the actors. Not to say that reading books is better than watching TV. Both are art forms, and this is not a humble brag, just my own personal priorities. Back to my point. Yes, sometimes I have missed the sense of being enamored by it all — to make that headspace to care so much about people who probably know nothing about me.

Fast forward to me listening to Padma Lakshmi’s memoir. While listening to this, Padma name drops various books and published authors and I recall holding my breath whilst listening. My friend called me once when I was in the middle of listening and she was startled by how…starstruck I sounded. That is when I realized: I had it in me to be enamored, too. I just sought another kind of star — literary stars, or the literati.

When I think of the “literati,” I always want to get in their heads. I wonder things like what drove their motivations? Who were the people who formed them?

I have not stopped digging myself into this rabbit hole ever since. And whether you like it or not, I am here to take you with me, Alice! Below is a list of eight books, fiction and nonfiction, that feel like you are following the literary stars through their friendships, relationships, critiques, author parties, you name it. 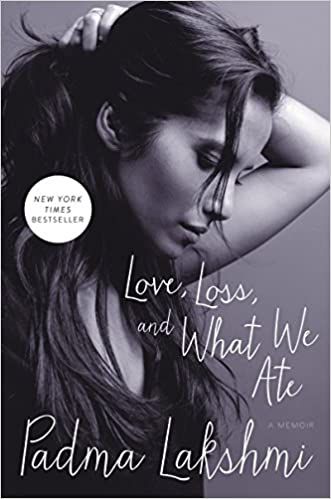 Love, Loss & What We Ate by Padma Lakshmi

The memoir that started it all (for me). I had only heard Padma’s name in passing before this when one of my colleagues recommended this memoir for its honesty and raw writing. Padma started out in her career as a model, then became a food writer and a television host on Top Chef. She takes us through her career trajectory and then some by sharing the intimate details of her failed marriage to Salman Rushdie, who wrote the controversial Satanic Verses. It was a traumatizing time for Padma, but the way she describes it, along with the personalities she meets along the way, were the real hooks for me. It then transitions into her experience of shuttling between India, New York and L.A., motherhood, and food. And you find yourself being there for all of it. 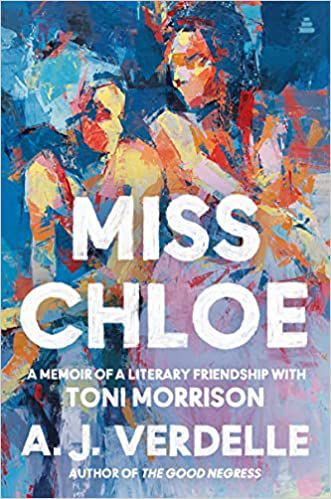 Miss Chloe by A. J. Verdelle

This one is the story of a literary friendship between Toni Morrison and the author. You can read all the profiles on a person you’d like, but what reveals who they really are more than an intimate friend? Verdelle doesn’t only do a fantastic job of depicting their friendship, but also puts to page the art and struggles of writing and the impact of Morrison’s writing. Verdelle often talks about a love of language that she often shared with Morrison during their conversations, and you find yourself holding onto every word for a moment more with Miss Morrison’s memory. 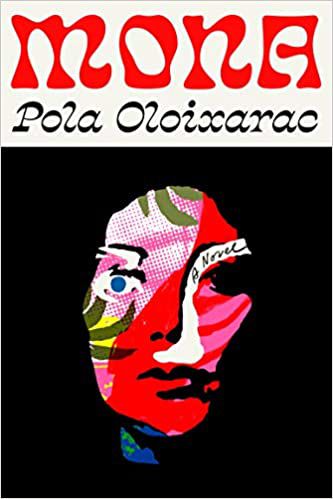 This is a work of fiction, but scratches that itch of literary snobs getting theirs. It is a witty and weird work in translation featuring Mona, a Peruvian writer who works at Stanford and has recently been nominated for an esteemed literary prize. Throughout the book you get a feeling of how she doesn’t quite belong and deals with her use of drugs for a sense of escape. It all comes to a shocking climax too. It’s just the kind of dish we readers sometimes want where we don’t have to indulge the snobs but scowl at them from a distance. 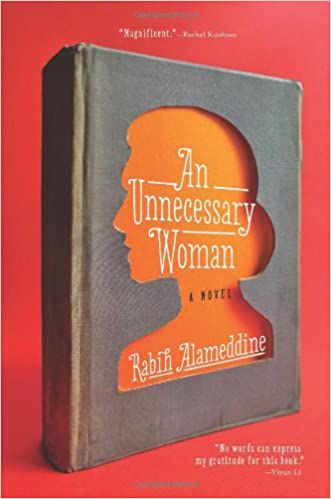 An Unnecessary Woman by Rabih Alameddine

This is the story of Aaliya, who lives alone in an apartment in Lebanon. While war rages on outside her window, she stays put inside reading and translating works of literature into Arabic. I added this book on here because our protagonist…you all…she has got opinions and she is not afraid to share them. Like a critic after a performance, she has a ruthless stream of commentary going on for the works she is translating, and it feels like a very one-on-one moment with a critic. If I have not convinced you already, this book also deals with the very important questions of why do we read, have opinions on books, and are so vocal about them? And the answer is more fulfilling than you’d expect. 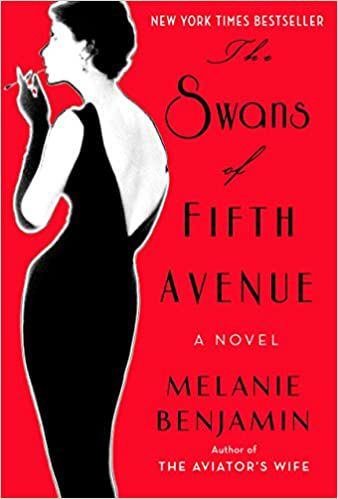 The Swans of Fifth Avenue by Melanie Benjamin

Capote has always been a bit of a character, hasn’t he? What was the deal with Harper Lee and him taking credit for one another’s work? And his so-called swans? Taking you in the glittering world and scandalous high society that is New York, this story is about a friendship and love affair between Truman Capote and Babe Paley. It is a tale of telling secrets to the right person and the story itself is told as gossipy bits, almost as if you are a fly on the wall. Perfect to get in the mind of an infamous historical literary figure. 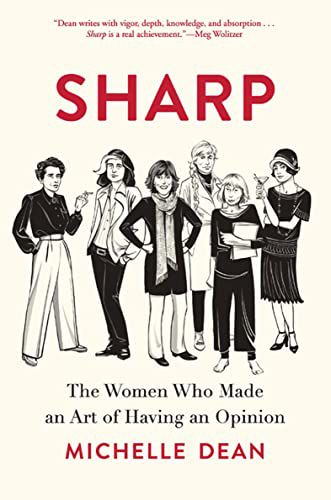 This book reads like a short film about some of the most iconic female authors who streamlined using the power of voice and word. From Hannah Arendt to Dorothy Parker, Rebecca West to Susan Sontag, the book covers a lot of ground. It tells of the women’s politics and the polemics that formed them. Each chapter in the book segued into each other by showing how these women are interconnected, and you’d find yourself being surprised at the impact we have on one another. 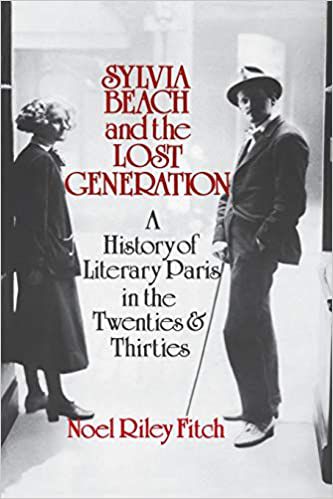 Sylvia Beach and the Lost Generation by Noel Riley Fitch

Do you like me dream of traversing the halls of Shakespeare & Co. in Paris? Until I can, I will read everything I can about it. This is the story of Sylvia Beach, an American woman who came to Paris in the beginning of the 20th century and stayed in France for the rest of her life. She was one of the two women responsible for opening Shakespeare & Co., an institution that started out as a performance venue, post office, hotel, and meeting space for some of the biggest names in the art scene of 1920s Paris. She was a friend to numerous artists, saved books from the Nazis, and was an instrumental figure in making sure Ulysses got published. And, when it was banned in the U.S., she played a hand in having it smuggled into the country. Bookish espionage? I am here for it! 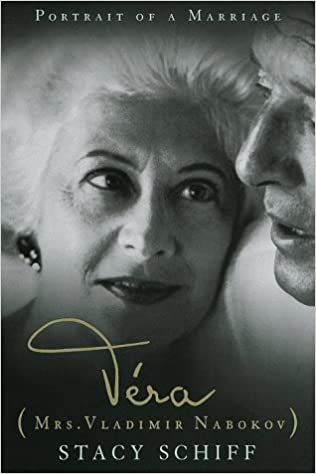 Just like Capote, Nabokov is a divisive literary figure. But, as history is so often prone to do, the fierce women that shape these iconic men and their words. Schiff doesn’t let the same fate happen to Véra Nabokov. This is a book that has a love affair with books and the process of writing them. It talks of Véra, who took care of every aspect of Nabokov’s private and professional life. She exists through his literature in variety of ways — physically, emotionally, intellectually, inspirationally, and has essentially nothing to say about any of it. That is, other than to deny it, as did her husband. This book restores some of the spotlight that might have been Véra’s and raises the question of who deserves credit for what.

It is a distinct feeling that these books helped me chase, and isn’t that the beauty of books and the world they create around them? No feeling is too big or small. If you are looking for more memoirs, then check out this list.

Coyote attacks toddler in front of her Woodland Hills home
Hear JD Shelburne Put His Own Country Spin on ‘Away in a Manger’
Loretta Lynn Recalls Patsy Cline Stopping A Secret Meeting Concocted To Keep Her Off The Grand Ole Opry: “Inviting Patsy Was Their Mistake”
Disney Enters Streaming Advertising Arena, Leaving Apple TV+ As Only Commercial-Free Streaming Player
Army may be deployed to ease possible strike disruption over Christmas