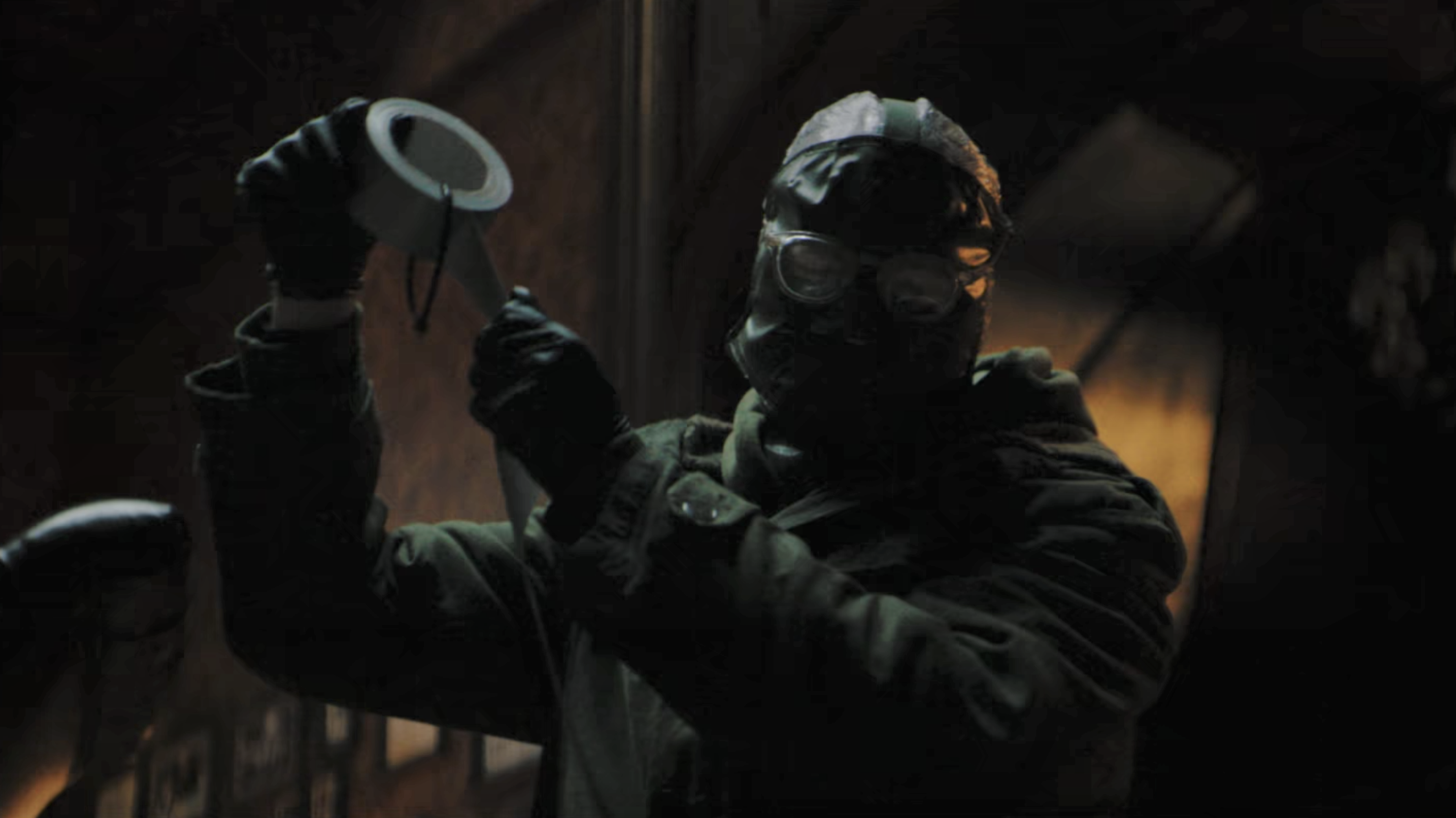 The Riddler: Year One is a unique, even historic comic book event. Not only is it a DC book that functions as a prequel to one of the biggest movies in the year in The Batman, telling the tale of how a put upon, socially awkward accountant eventually becomes a terrifying serial killer and Gotham City villain of note, but it’s written by the actor who played the character himself, Paul Dano. We spoke with Dano about how this book helped him utilize some of the backstory he had created in his mind when formulating his Riddler performance, and you can read that here (or listen to our full interview), but there’s one subtle piece of history tucked away in the book that ties it not only to the very first Riddler story ever, but even the Batman TV series of the 1960s.

In the early pages of The Riddler: Year One, a pre-Riddler Edward Nashton is seen on the Gotham subway amusing himself with an app called Riddle King, which among other things, contains crossword puzzle exercises. The three visible clues are: “a water utensil,” “a public way,” and “a formal dinner.” Two of those clues are already filled in by Edward, with the solutions reading “basin” and “street” respectively. Any puzzle enthusiasts may note that the answer to the final clue is “”banquet,” and these three seemingly innocuous words are key pieces of Riddler’s comics and TV history, now forever tied to one of the great superhero movies of all time, as well.

The Riddler first appeared in 1948’s Detective Comics #140 by Bill Finger and Dick Sprang (yep, you can chalk up yet another all-time Batman character to the imagination of Bill Finger). In it, Riddler’s first public act as a costumed villain is to take over the Cross Cleaning Company’s giant crossword puzzle billboard (god, comics are awesome) and tease Batman and Robin with three clues he promises will point the way to a crime he intends to commit.

Those clues are exactly the same as the ones we see in The Riddler: Year One, and their solution, “basin,” “street,” and “banquet” initially misdirect the Dynamic Duo to “a big civic charity banquet being held at the Basin Street Hotel.” But the Riddler also likes wordplay, you see, and “banquet” was instead meant to be read as “bank wet,” and while Batman and Robin waste their time investigating a banquet that never gets robbed, the Riddler floods the Basin Street Bank in order to rob it.

The decision to include this callback to the very first Riddler story came from The Riddler: Year One artist Stevan Subic, who provides terrifically moody and atmospheric linework for the book in addition to his knowledge of bat-history.

“He put that in there and it’s been very important to him,” Dano tells us. “So this is a part of my backstory when playing in the film. Games, that’s the only place that Edward has ever gotten any positive feedback in his life was my point of view on this when acting [in the role]. It’s like the game, the riddle, cracking it… he had to find ways to get anything that felt good by himself. Gotham never gave him anything to feel good about. So you see him playing a game, and it says, ‘you win,’ and then he feels better. I said, ‘We’ve got to design this game.’ I didn’t know what to call the game. I was like, ‘What’s the right tone to strike here?’ And Stevan put in this Easter egg callback and he was really excited about it.”

And funny enough, this inclusion also ties the grimmest, most nuanced version of Riddler ever portrayed on film with one of the weirdest.

Frank Gorshin will forever be remembered as the Riddler of the 1960s Batman TV series. But he took a brief break from the role during that show’s second season (either because of scheduling conflicts or a pay dispute, depending on whose side of the story you want to believe), and the role went to The Addams Family’s John Astin. Gorshin’s tights are impossible to fill, even for a similarly legendary comedic actor like Astin, but his two-part stint as Riddler (“Batman’s Anniversary” and “A Riddling Controversy”) are worth a revisit, in part because of how they adapt elements of that very first Riddler story from Detective Comics #140.

In particular, the “basin,” “street,” and “banquet” clues are all in place, including the flooded bank gimmick. Wait a minute…now that we think about it, considering how much of ol’ Eddie Nashton’s MO in The Batman was about getting to the point where he could flood Gotham City, maybe there’s even more to these water clues than we thought!  It just goes to show you that you shouldn’t discount any interpretation of the Batman legend, because they’re all valid in the end.

Listen to our full interview with Paul Dano about The Batman and The Riddler: Year One here!