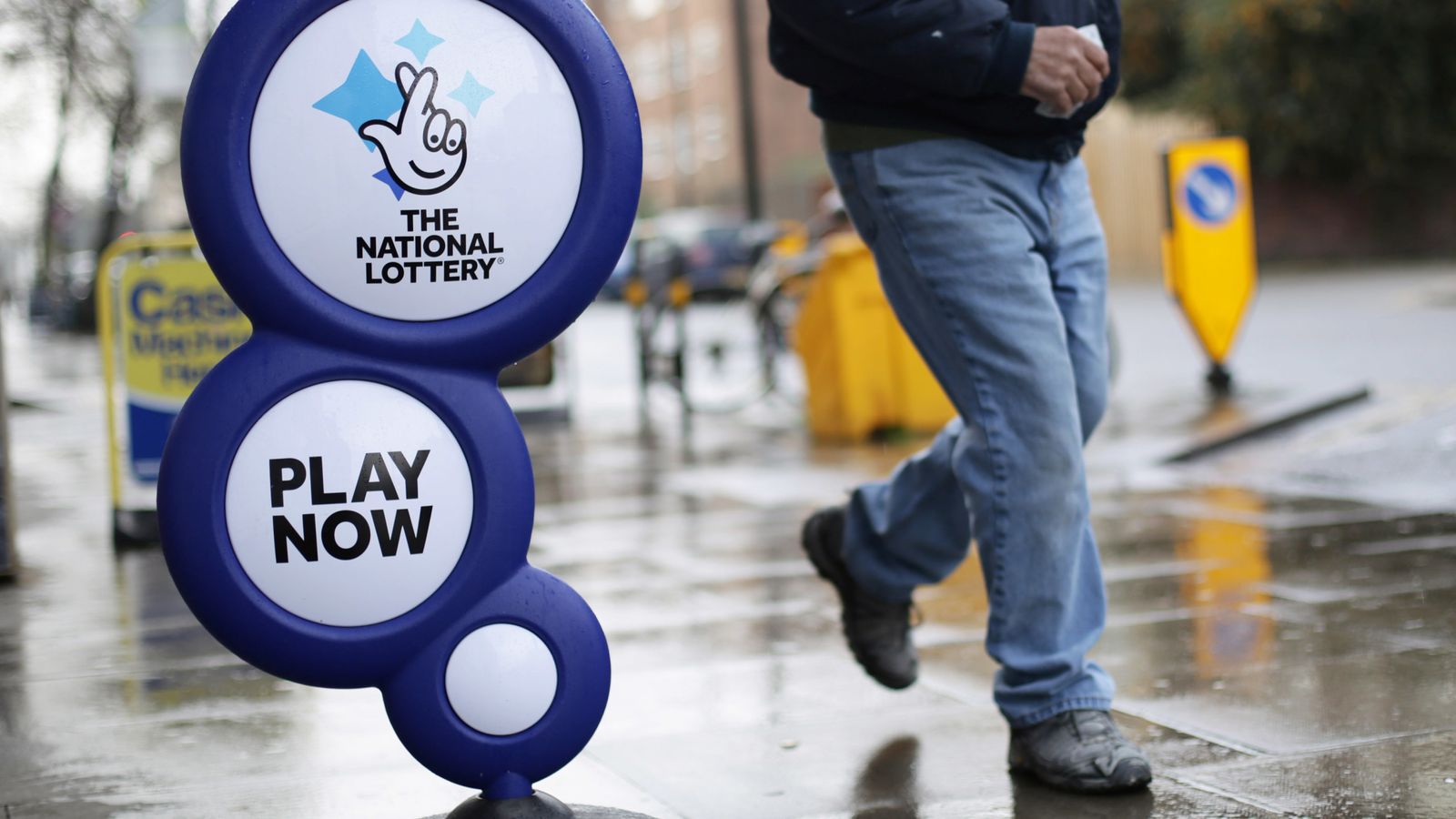 The next operator of the National Lottery is in talks to buy the incumbent, Camelot, in a £100m deal that would pave the way for the removal of the latter’s final legal challenge against the industry regulator.

Sky News has learnt that Allwyn Entertainment is in advanced discussions with Camelot’s Canadian owner about a takeover of its UK operations.

The surprise deal would result in Allwyn controlling the company it will replace as the National Lottery operator in February 2024.

Sources said an agreement could be struck in the coming weeks and was likely to see Allwyn paying in the region of £100m to acquire Camelot’s UK arm.

The Gambling Commission, which oversaw the awarding of the new licence earlier this year, is understood to have been informed about the discussions.

If completed, the deal would give Allwyn access to Camelot’s UK earnings roughly a year before it surrenders control of the franchise it has held since the National Lottery launched in 1994.

Crucially, it would also trigger the withdrawal of Camelot’s outstanding legal challenge against the regulator over the decision to replace it with Allwyn in 16 months’ time.

In September, the incumbent operator withdrew its appeal against the licence award but said it would proceed with a separate claim for compensation.

That would also be withdrawn if Allwyn buys Camelot’s UK arm, according to insiders.

One source said the deal would also guarantee Camelot’s full co-operation with Allwyn in the period leading up to the licence transition.

Lottery tickets to be half price

The National Lottery is one of the world’s largest lotteries, with players having collectively raised more than £46bn for 670,000 good causes across the UK since 1994.

When it takes over the running of the Lottery, Allwyn is expected to halve the cost of tickets for the main draw to their original £1 price.

In June, Camelot said sales last year had exceeded £8bn, but acknowledged that they had fallen for the first time in five years.

“The National Lottery of the future will build on a cutting-edge technology platform that will improve player protection over the next 10 years and beyond.”

Allwyn, a multinational lottery operator, tried to list in the US through a merger with a special purpose acquisition company, but the deal was called off last month amid market turbulence.

It was unclear this weekend whether the Allwyn deal to acquire Camelot’s UK arm would also extend to the Watford-based company’s lottery activities in Illinois and Ireland.

Camelot employs roughly 1,000 people, most of whom are expected to work for Allwyn once the licence handover takes place.

It was also unclear whether the Gambling Commission would insist on separate governance arrangements for Camelot’s UK business after the purchase by Allwyn is completed.

Allwyn, which is being advised by Morgan Stanley on the talks, and Camelot both declined to comment on Saturday.