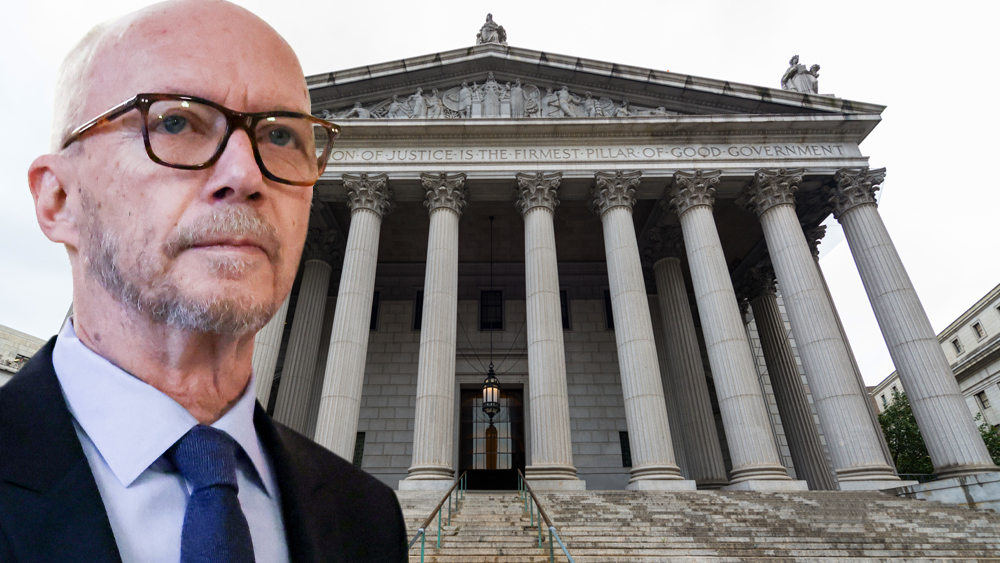 Paul Haggis was back on the witness stand today and said the only sex he remembers having with Haleigh Breest at his apartment in 2013 was consensual and limited to oral sex initiated by her.

Haggis has not yet faced cross-examination in the New York sexual assault civil case brought against him by Breest, who alleges that the Oscar-winning Crash filmmaker and former Church of Scientology member forced her into oral sex and intercourse after they were both at a movie-screening party. In his second day on the stand, Haggis continued with a detailed and very different interpretation from Breest’s account of what happened in his apartment.

Haggis testified that a handful of times, Breest pulled back from kissing Haggis in the kitchen and said, “No, I shouldn’t,” and that later, in the guest bedroom when he was peeling off her tights, she said, “No, no no, I don’t want you to see me. I’m fat.” Haggis described the protests in the kitchen as a “cartoony sort of Betty Boop-y, playful, smiling ‘No, I shouldn’t,’” and that they both initiated more kissing.

He denied he said it in anger or that he used the expletive in Breest’s recollection of that exchange: “Don’t act like a f*cking 18-year-old.”

Haggis said he offered to escort Breest to the lobby and put her in a taxi home. “She seemed conflicted in some way,” he said. “Not like she was truly conflicted but she should be conflicted or something.” He said she continued to smile and engage with him.

She stayed, and after a tour of the apartment that included Haitian art in a bathroom and his Oscar statuettes in his study, they wound up in a guest bedroom.

Haggis’ lawyer, Priya Chaudhry, led Haggis through a deliberate and sometimes second-by-second account of the encounter. The same method of questioning, when applied to her cross-examination of Breest, drew a complaint from Breest’s lawyers that Chaudhry was requiring her to “re-enact her rape.”

In response, Manhattan Superior Court Judge Sabrina Kraus told both parties to elicit more verbal testimony and fewer physical gestures. Haggis left his seat on the witness stand on Thursday primarily to draw a map, as Breest had done, of his movements inside the apartment that night on a blow-up of the floor plan.

Haggis said the two kissed more in the bedroom, lay down on the bed and began undressing. When she protested that she didn’t want him seeing her without tights, he said he got up and switched off a bedroom light and lowered a hall light and returned to the bedroom. He said that she then helped him remove the tights, and laughed, and that she performed oral sex on him while they were both partially clothed.

Haggis said he fell asleep on the bed during the sexual encounter, woke up later to go to the bathroom and returned to his own bedroom. When he woke up the next morning, he went into the guest bedroom and found that Breest had left without a note.

Erik Pedersen contributed to this report.