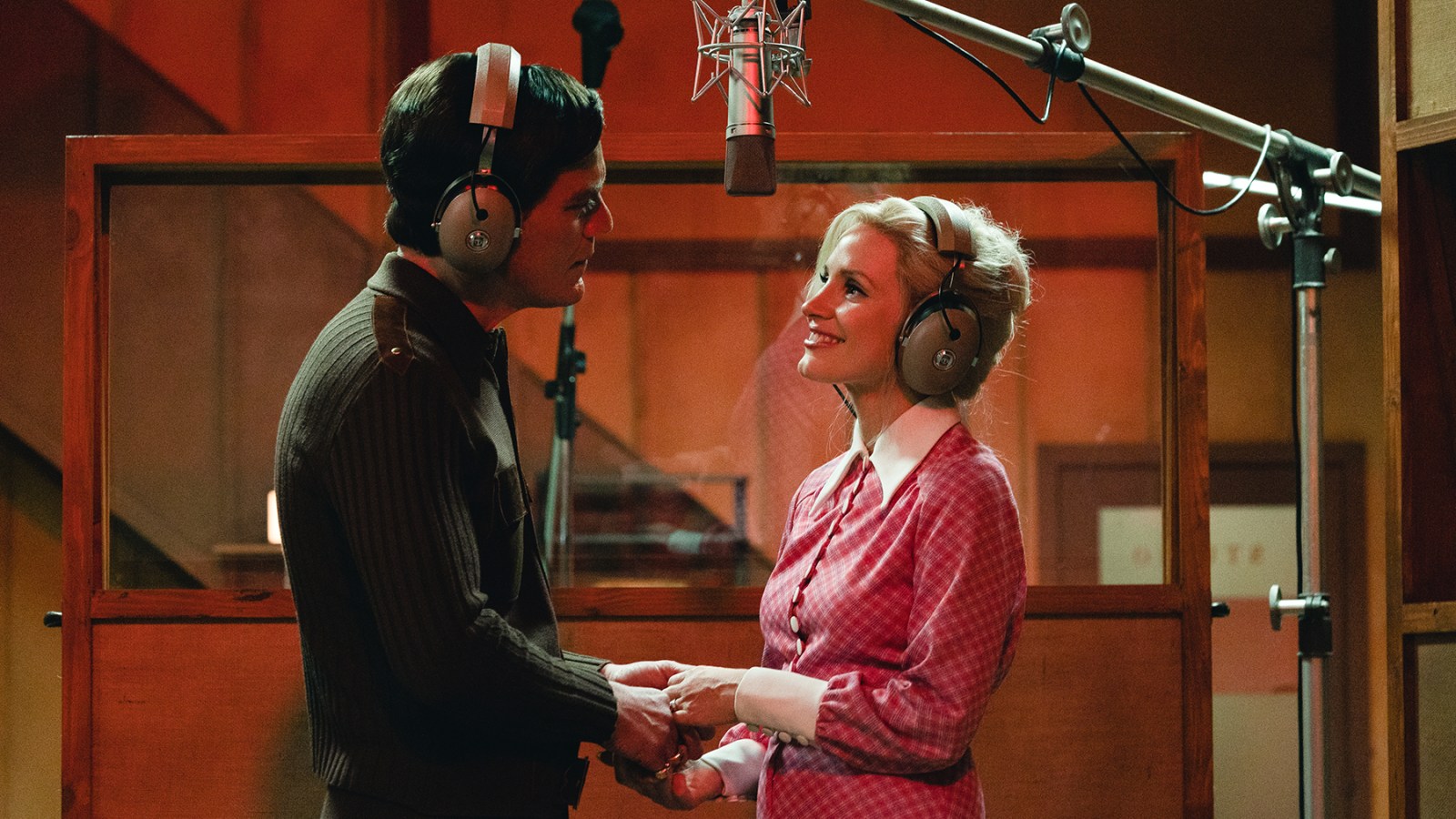 Country power couple George Jones and Tammy Wynette navigate the highs and lows of love and the music industry in the first full-length trailer for George & Tammy, the limited drama series set to premiere on Showtime on Dec. 4. Michael Shannon and Jessica Chastain star in the respective titular roles.

“Ms. Tammy Wynette, will you make me an honest man?” Jones asks in the trailer, slipping a ring onto Tammy’s finger. She replies with a question of her own: “Will you make me an honest woman?” His swift response – a simple “you bet” – doesn’t carry a hint of doubt. From that moment, they were locked into one of country music’s greatest (and most dramatic) love stories.

“This love I have for you is so big,” Chastain’s Wynette whispers at the end of the clip, which captured career-spanning highlights in succinct snapshots. “It’s going to be forever.” Throughout, her most successful single of all-time, 1968’s “Stand by Your Man,” serves as the soundtrack.

“This has been Jessica, Abe & Andrew’s labor of love for 11 years, and to see it all come together is pure joy,” David Glasser, CEO of 101 Studios and Executive Producer, shared in a statement. “Jessica and Michael bring all of the heart, love, tragedy, and drama to this epic love story of George & Tammy.”

The 6-episode series was created by Abe Sylvia – who worked with Chastain on The Eyes of Tammy Faye – and directed by John Hillcoat based on the book, The Three of Us: Growing Up with Tammy and George, written by the couple’s daughter, Georgette Jones.

“Jessica and Michael are truly extraordinary as Tammy and George and their searing performances and undeniable chemistry bring to life the legendary relationship of the King and Queen of country music,” said Chris McCarthy, President/CEO, Showtime and Paramount Media Networks. “The creators and the entire cast have delivered a series with the subtlety, nuance, and complexity that are the hallmarks of the Showtime brand and what our viewers’ deserve and demand.”