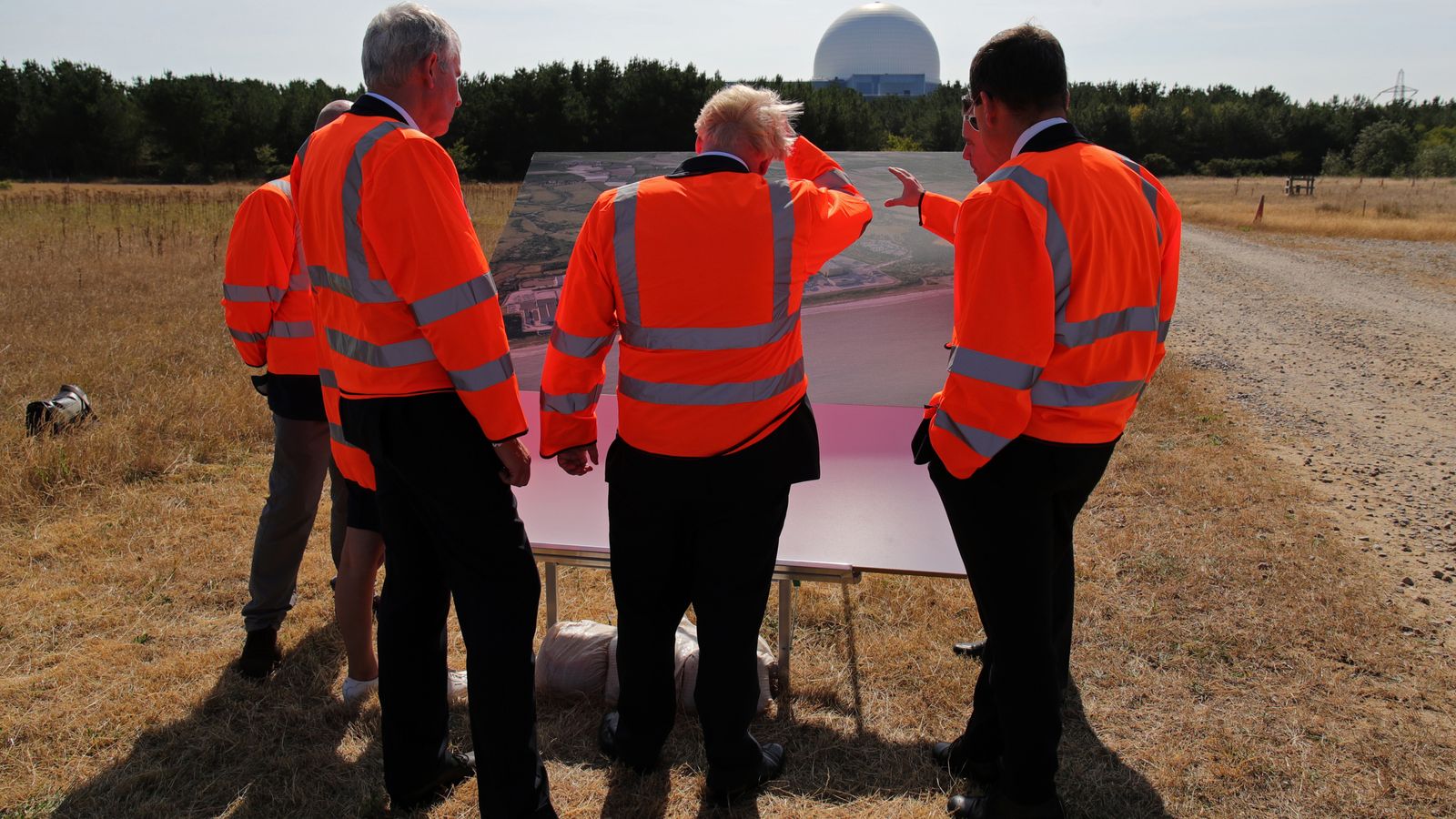 The government says it still supports the Sizewell C nuclear power plant and is hoping to get a deal over the line to fully fund the project as soon as possible.

Funding towards the Suffolk plant totalling £700m was signed off by Boris Johnson at the start of September in one of his last acts as prime minister.

But the site’s future was cast into doubt overnight after reports claimed it was being reviewed ahead of the chancellor’s autumn statement in just under two weeks – with Treasury sources telling Sky News “all options are on the table” to fill the fiscal black hole in government finances.

Now, Rishi Sunak’s official spokesperson says the reports are “not accurate” and “our position remains the same”, adding negotiations are “ongoing and constructive”.

The plant is a joint endeavour with French energy giant EDF and is expected to take a decade to build.

While it has the backing of the Labour Party and unions, critics say the plans are too expensive and the new power source will take too long to come online.

A spokeswoman from Stop Sizewell C said the project “definitely should be under review”, adding: “It is certainly not crucial to meeting our net zero obligations or ensuring energy security.

“All it can offer is short term pain – with more money on our energy bills – and long term pain, with huge uncertainty about build cost and time, for electricity far more expensive than readily available renewables.”

They added: “Today’s response by Downing Street looks more like reassurance to EDF, France and the nuclear lobby, than any clear statement of what the government actually intends to do about spiralling pressure on public spending.”

But a government spokesperson said Sizewell C was “crucial to reducing our reliance on fossil fuels, increasing our energy security, and meeting our net zero ambitions with reliable clean energy”.

“We have made up to £700m available for the deal, as part of the £1.7bn for developing a large-scale nuclear project to the point of final investment decision in this parliament.”