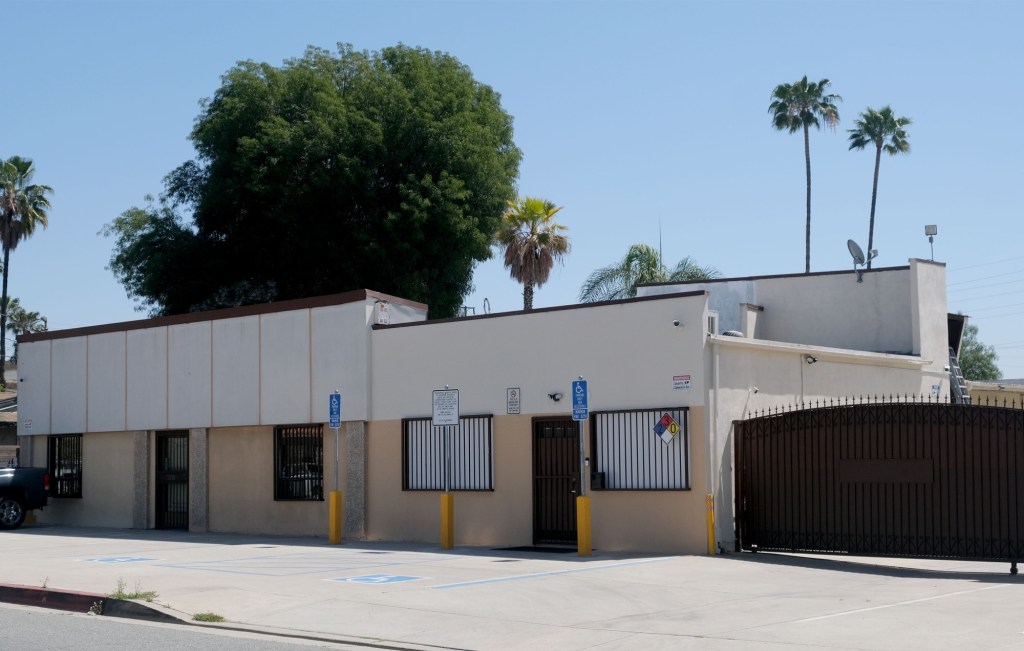 A man who purchased a cannabis manufacturing permit in Baldwin Park now alleges corrupt city officials helped the seller, a shell company with ties to a former city attorney, flip the permit for more than $150,000 in profit in a scheme that left the new owner saddled with debt.

Business owner David Ju entered into an agreement to buy the cannabis development agreement previously awarded by the City Council to a company identified as Tier One Consulting in late 2018, though at the time a city ordinance barred any transfers of ownership interests by permit holders, according to David Torres-Siegrist, Ju’s attorney.

Despite this, Torres-Siegrist alleges in a claim for damages that city officials, including then-City Attorney Robert Tafoya, approved an amendment to the development agreement in April 2019 that replaced the former owners with Ju in an apparent violation of the city’s own laws. The amendment, signed by then Mayor Manny Lozano and Tafoya, was never brought to the council for approval, according to Torres-Siegrist’s newly filed claim against Baldwin Park.

“Ultimately, Mr. Ju would come to find that he actually purchased nothing but an endless cycle of debt collusively ‘negotiated’ between a current city attorney and a soon-to-be city attorney which was set up for failure from the get go,” Torres-Siegrist wrote in the claim.

The claim, typically a precursor to a lawsuit, states the damages are in excess of $25,000 and will be proven at trial.

Years after the sale to Ju, Tafoya hired the listed principal for Tier One, an attorney named Anthony Willoughby II, as an assistant city attorney.

The development agreements include annual “mitigation fees” that range from $235,000 in the first year to $330,000 in the third and beyond. Those fees are due even if the company is not in operation, making it difficult to catch up, according to Torres-Siegrist.

Ju’s company, DJCBP Corp., finally opened its doors earlier this year, but it owes more than $600,000 in past due mitigation fees to the city. Ju had experience with liquor licensing fees and did not expect to have to pay until he was up and running, Torres-Siegrist said.

“They set up a system here that is an endless cycle of debt,” he said. “These owner-operators can never get out of that debt.”

Ju’s claim alleges the city officials and the figures behind Tier One “acted in concert to orchestrate a swindle on an elderly man dying of cancer who poured his life savings” into the purchase after he was convinced he would find “green gold.”

Tafoya and one of the other figures involved, former Compton Councilman Isaac Galvan — an intermediary who made $50,000 from the sale — were recently accused of corruption in a plea agreement signed by former Baldwin Park Councilman Ricardo Pacheco, a former official who has admitted he took bribes to support cannabis development agreements.

Pacheco later voted in favor of an unidentified company’s “development agreement for marijuana cultivation and manufacturing” on July 18, 2018, as part of an agreement with Galvan, according to federal prosecutors. Tier One was one of three companies awarded that type of development agreement at the same meeting.

The court filing further alleges that Galvan and Tafoya were “in business together” and were seeking a marijuana license in the City of Commerce. Public records also show Tafoya’s wife was hired as an administrative analyst in Compton in 2017, with emails at the time indicating she originally was recommended as a community liaison for Galvan.

The owner of Tier One, Anthony Willoughby Sr., the father of Willoughby II, has served as Galvan’s personal attorney in the past. Galvan could not be reached for comment.

Pacheco’s plea agreement alleges Tafoya came up with the idea for Pacheco to find an intermediary to act as a “consultant to companies seeking development agreements” and suggested the intermediary request specifically $150,000 in exchange for a promise to deliver, the plea agreement states.

Pacheco ultimately followed a very similar plan before he was busted.

Now, both him and his intermediary, former San Bernardino County Planning Commissioner Gabriel Chavez, have agreed to plead guilty to a bribery charge and to cooperate with investigators in an ongoing, far-reaching probe of corruption in cannabis throughout Southern California. Pacheco allegedly provided a template of a consulting agreement that Pachecho could use in the scheme.

Tafoya, Galvan and Chavez were simultaneously raided by the FBI in November 2020, but neither Tafoya nor Galvan has been charged.

Torres-Siegrist alleges his client is a victim of corruption. Torres-Siegrist represents seven cannabis operators in Baldwin Park and alleges “each has their own little story to tell about the bulls— that was going on.”

Tafoya resigned in October after Pacheco’s plea agreement became public. In a statement, his attorney, Mark Werksman, said Tafoya “denies any involvement in this transaction and had no knowledge of the matters alleged in this claim.” The former city attorney has previously denied having any involvement in Pacheco’s corruption. Baldwin Park is now moving to hire the firm Best, Best and Krieger to represent it.

In a statement, Willoughby II, said he still performs work for Tafoya’s law firm on a limited basis. He directed all questions about the finances of Tier One or Galvan’s involvement to his father and denied having a role in the sale, other than signing on behalf of Tier One. He is listed as the “seller” on the purchase agreement.

In an email, Tier One’s owner, Willoughby Sr., accused Ju of having “buyer’s remorse.” Tafoya played no part in the negotiations between Willoughby and Ju, he wrote.

“Mr. Ju like numerous cannabis investors was caught up in the euphoria of striking it rich and when his dream went south, is now seeking to capitalize on Mr. Tafoya’s misfortune,” Willoughby wrote.

If Ju believes the “baseless defamatory allegation” that he got swindled, “he should file a criminal complaint,” Willoughby said.

Willoughby said he paid rent on a location for almost a year waiting on approval from the city and decided to cut his losses after realizing the idea was “fool’s gold” due to the way the state and municipalities were structuring their licensing processes. He refused to say how much he made from the sale of the development agreement to Ju.

Documents provided by Torres-Siegrist suggested Willoughby may have spent less than $4,000 total.

In response to questions about the transfer, Willoughby cited “caveat emptor,” a common law doctrine that places the burden on buyers to reasonably investigate their purchases in advance. The Latin phrase translates to “let the buy beware.”

“One look at Baldwin Park’s development agreement would and should have conveyed to even a blind man that there was no way to make money under this scheme,” Willoughby said.

Torres-Siegrist alleges Galvan introduced and brokered the sale between Ju and the Willoughbys. The purchase agreement states that $50,000 of the $150,000 payment would go to Galvan “for repayment of a loan.”

In his emails, Willoughby initially stated Galvan “was not involved in the sale” between Tier One and Ju, but then later acknowledged “Gavan was paid out of the proceeds.” He did not respond to a follow-up asking him to clarify the former Compton councilman’s role.

Though its referred to as Tier One Consulting in all city documents, Willoughby registered “Tier 1 Consulting & Advocacy LLC” with the state in 2015, but the company failed to file subsequent statements of information, was declared delinquent in 2017 and was suspended by April 2018, according to the secretary of state’s website.

Yet, even though the company did not have an active business license during negotiations, Tafoya and Community Development Director Gustavo Romo recommended awarding a development agreement to the LLC on June 20, 2018, according to a staff report. The City Council unanimously supported the recommendation to give Tier One an agreement on June 20, with Pacheco making the motion in support.

The LLC’s business license was revived on June 21, 2018, though the company would later fail to file its statement of information and would be suspended again by the end of that same year, according to the secretary of state’s website.

The company, which had only two employees, was awarded the development agreement from the city and then sold it to Ju during that six-month period.

Mayor trying to clean things up

Mayor Emmanuel Estrada joined the City Council in the aftermath. The city, he said, is still trying to fix the mistakes of the past and wants to find a system that is equitable for all of the cannabis companies.

“I think we’re all aware that it is complex, that there’s a lot of controversy around the program, but we’re definitely committed to making it work, not just for us, but for everybody,” he said.

Estrada has pledged to push for an investigation into the cannabis rollout to determine if the corruption attributed to Pacheco involved any other city officials or employees.

It May Be A Covid Christmas Again This Year
Nordstrom’s Cyber Monday Sale is One of the Best — Here Are the Deals to Shop Now
OnePlus 11 Tipped to Come in Glossy Green and Matte Black Colourways
Adele Says She “Adores” Shania Twain And Would’ve “Self-Combusted” Had She Noticed Her In The Crowd During Recent Performance
The Music Of Yellowstone Season 5: Zach Bryan, Lainey Wilson & More Featured In Episode 4