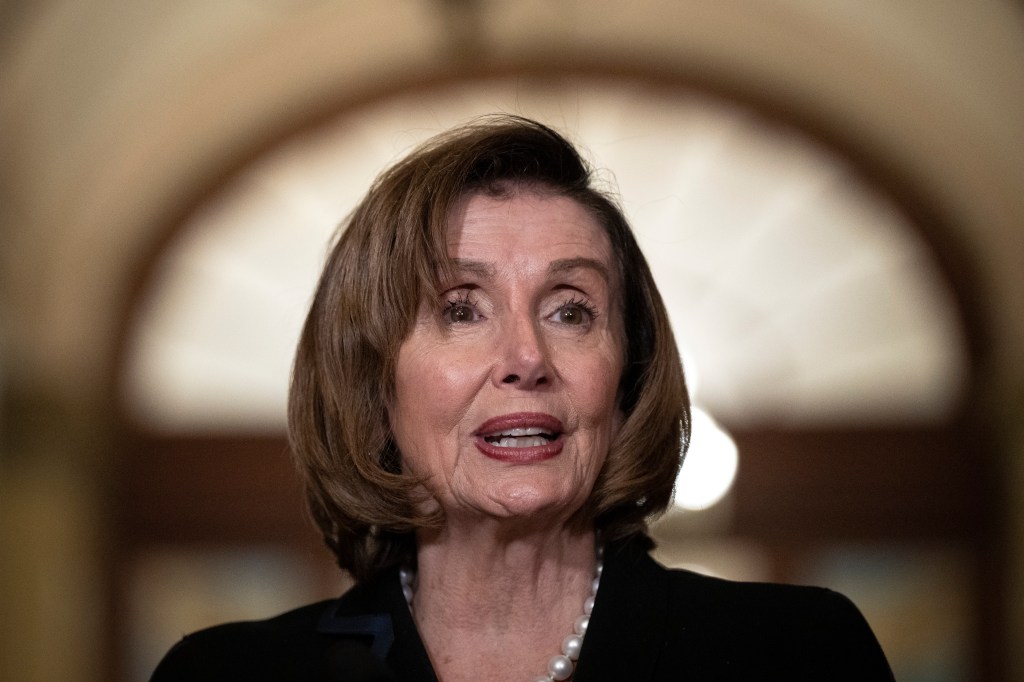 In her first interview since the attack on her husband, House Speaker Nancy Pelosi told CNN’s Anderson Cooper on Monday that it was the result of “a flame fueled by misinformation,” as evidence shows the suspect embraced far-right conspiracy theories.

Paul Pelosi, 82, is home and recovering from the early-morning October 28 attack at their San Francisco home after being struck in the head with a hammer. David DePape has pleaded not guilty to a number of state and federal charges, including assault, attempted murder and attempted kidnapping of a federal official.

Nancy Pelosi was in Washington during the attack, but police said that she was the intended target.

“For me this is the hard part because Paul was not the target, and he is paying the price,” Pelosi told Cooper.

During the interview, she paused at times for a bit, moments that she said were to fight back tears.

She also said that the attack will factor into her decision about her political future, though she did not disclose her plans. Democrats face headwinds in Tuesday’s midterms, and there long has been speculation that Pelosi would retire at the end of this Congress.

Several times during the interview, Pelosi called for healing, as the attack has raised fears that polarizing political rhetoric is fueling a rise in threats and actual violence against public officials. “This is not a path that we can continue to be on,” she said.

But she also said that Republicans bore responsibility for not speaking out against extreme voices in their party. Like Joe Biden, Pelosi saw links between the attack on her husband and on the siege of the Capitol on January 6, given that the suspect asked, “Where’s Nancy?”

“This is a one-sided assault on our democracy,” Pelosi said. “There has to be some adult supervision on the Republican side to say, ‘Enough.’”

She also addressed figures, such as Donald Trump and Elon Musk, who have advanced conspiracy theories about the attack.

“It is really sad for the country that people of such high visibility would separate themselves from the facts and the truth in such a blatant way,” she said.

Some GOP candidates, like Kari Lake, running for governor of Arizona, joked about the attack. And on Monday, shortly after the interview ran on CNN, Trump called the House Speaker an “animal” during a rally in Ohio.

Pelosi said to Cooper, “There needs to be a strong Republican Party in our country.” She noted that the party should “take pride” in past accomplishments “instead of yielding to a thug.”

Pelosi was in Washington, D.C., at the time of the attack. She said that as she was asleep, she heard knocking the doorbell ring. It was the Capitol Police, informing her of the assault. She said that she then got on a flight back to San Francisco. Her husband’s skull was fractured and, though the hammer attack had not pierced his brain, surgeons had to reshape the skull.

The Speaker said that, when Paul Pelosi came to after the surgery, “The first thing he said [to his son] was, ‘Oh your mommy is going to be very happy because the Ravens won last night,” referring to her family roots in Baltimore.

Pelosi said that the recovery process will be a “long haul” but that he was on a “good path.”

But she credited his ability to stay cool as he woke up to the assailant in the room. At one point, according to a court filing, Pelosi was able to get to a bathroom to make a 911 call.

“He called with enough information, but not too much information because the guy was threatening,” Pelosi said, noting that the assailant, who was 6-foot-4 and “very big,” was “right there, just a few feet away.”

Pelosi said that she was “optimistic” about the midterms, but said that the fate of about 50 tight races depends on turnout. “Whatever happens, we will accept the results,” she said, drawing a contrast from a number of GOP candidates who have declined to commit to conceding if they lose.