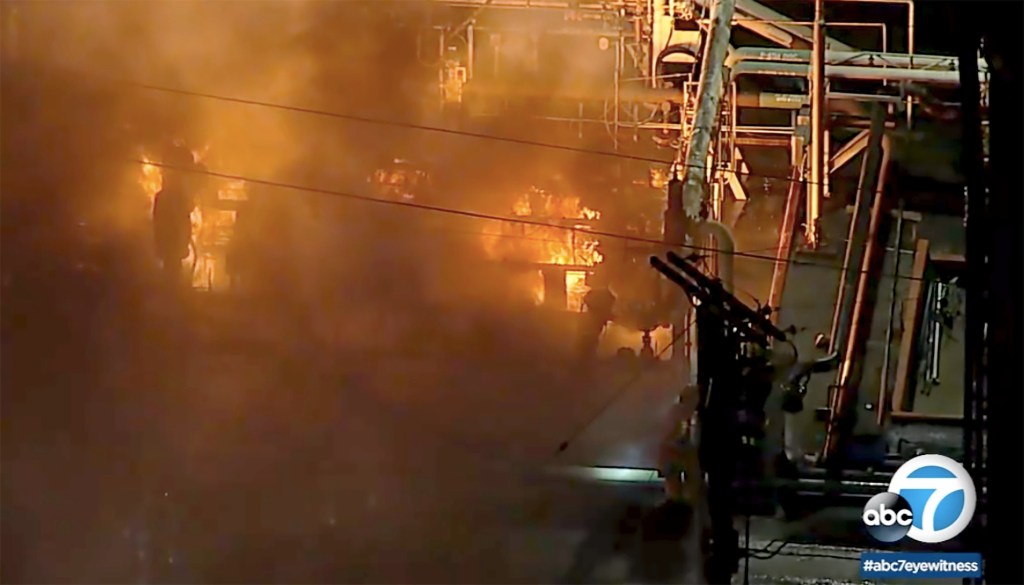 A fire broke out Tuesday, Nov. 8, at the Chevron oil refinery in El Segundo and was extinguished a few hours later, officials said.

It was visible, he said, to residents on the south side of town but there appeared to be no danger and there were no injuries reported.

The fire continued burning in the 300 block of West El Segundo Boulevard until around 8:30 p.m., when a tweet from the city of El Segundo announced that the fire had been extinguished. No injuries or offsite impact had been reported, the tweet said.

The isolated fire inside the Chevron El Segundo Refinery has been extinguished. There was no offsite impact or public threat.

No further information regarding the fire was immediately available.

What’s being done about ‘murder-for-hire’ sites on the dark web, and how dangerous are they?
Musk would back Trump rival in 2024 election – with former president under fire for dining with white supremacist
‘Another blatant example of double standards’: Qatar reviews investments in London after ad ban
The Ecstasy and Energy of David LaChapelle
Jonah Hill Files Petition to Legally Change Name