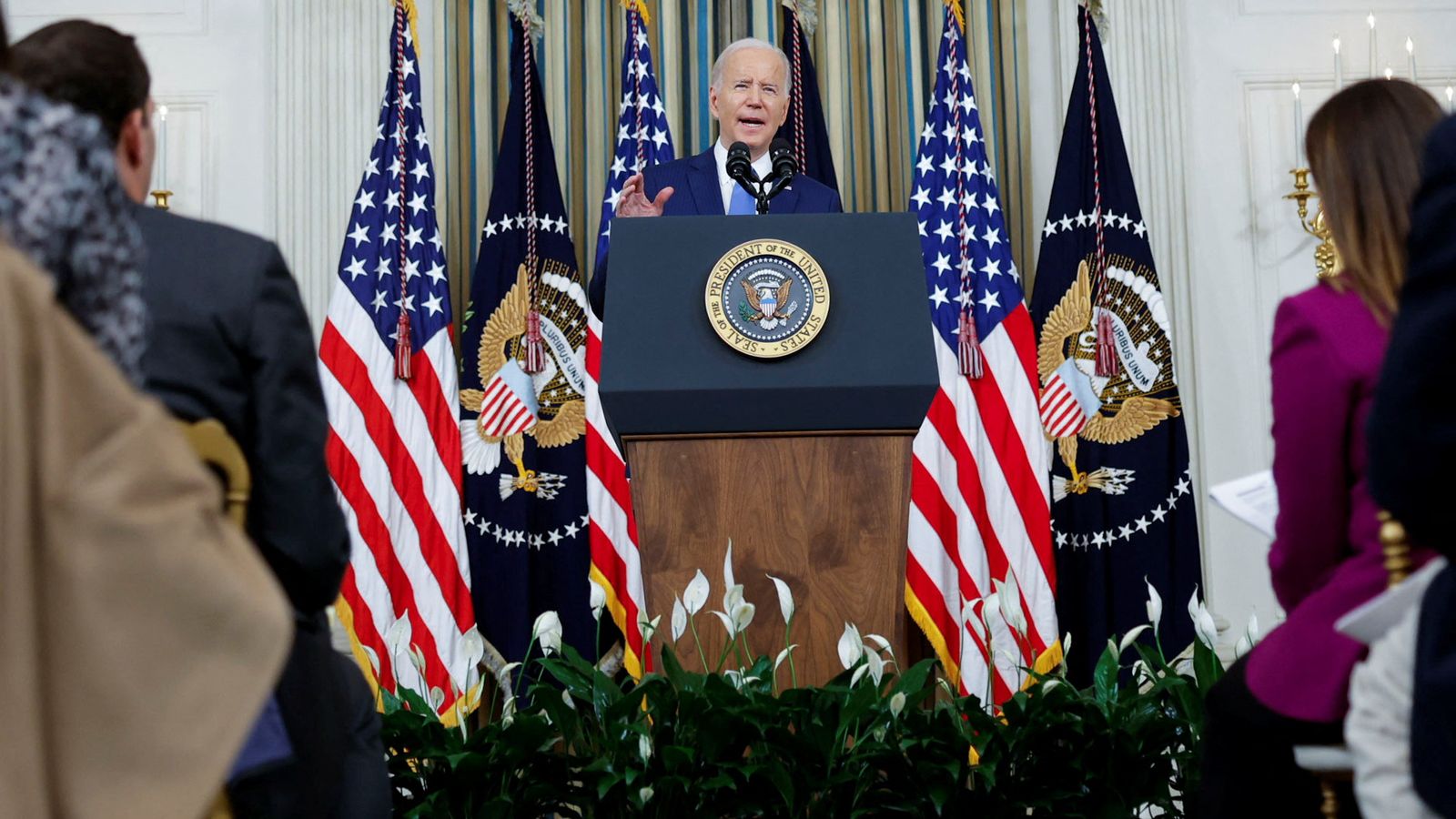 Joe Biden has described his party’s positive midterm results as a “good day for America” – but the race for the Senate remains on a knife-edge.

The Democrats defied predictions of a “giant red wave” of Republican gains and are projected to lose just seven seats.

Though this would mean the Republicans wrestling back control of the House of Representatives, it represents a far better result for the US president than his recent predecessors.

With three states left to declare, the battle for control of the Senate remains in the balance.

Although many results are still unclear, he said they represent a “clear and unmistakable message to preserve our democracy”.

“The American people have spoken and shown that democracy is who we are,” he said.

But he added that “the voters were also clear that they’re still frustrated, I get it, it’s been a really tough few years for this country”.

In reference to Donald Trump’s claims he “stole” the last elections, he said vote counters and officials “did their job and fulfilled their duty… without any interference”.

He also said he would make a decision on whether he would run for a second term early next year.

Although losing the House of Representatives would thwart the president’s legislative programme, it is a much smaller loss than some had predicted.

The race between Georgia’s incumbent Democrat senator and his Republican challenger is unlikely to be decided until 6 December, as strict state laws require a run-off if no candidate reaches 50%.

Mr Biden said the Democrats “had a strong night” despite losing seats.

“We don’t know all the results yet, but here’s what we do know, the press were predicting a giant red wave and it didn’t happen,” he said.

“You were somewhat miffed by my obsessive optimism, but I thought we were going to do fine.”

He said that the “future of America is too promising” for it to be “trapped in endless political warfare”.

While he would not compromise on healthcare or abortion, he said: “I’m going to do everything within my power to unite the country.

“I’m going to continue to work across the aisle to support the American people. Regardless of what the final tally of these elections show, I am prepared to work with my Republican colleagues.

“And the American people have made clear they expect Republicans to work with me as well.”

He addressed the nation after Donald Trump described his candidates’ results so far as “somewhat disappointing”.

Almost all the people Mr Trump chose to endorse appear to have fared worse than the Republicans he did not back.

Reports claim behind the scenes he is “livid” and “angry” at his wife Melania for advising him to back Dr Mehmet Oz in the Pennsylvania senate race.

Speaking from his Mar-a-Lago home, the former president claimed the results were a “very big victory” for him personally.

Kim Kardashian and Ye reach divorce settlement – and rapper will pay $200k a month in child support
Stevie Nicks Shares Heartfelt Note to ‘Best Friend’ Christine McVie: ‘See You on the Other Side, My Love’
Elon Musk to Grant ‘Amnesty’ to Banned Twitter Accounts
The Best Black Friday Deals for Book Lovers 2022
Why taxpayers will share pain of cost of Sizewell nuclear power plant