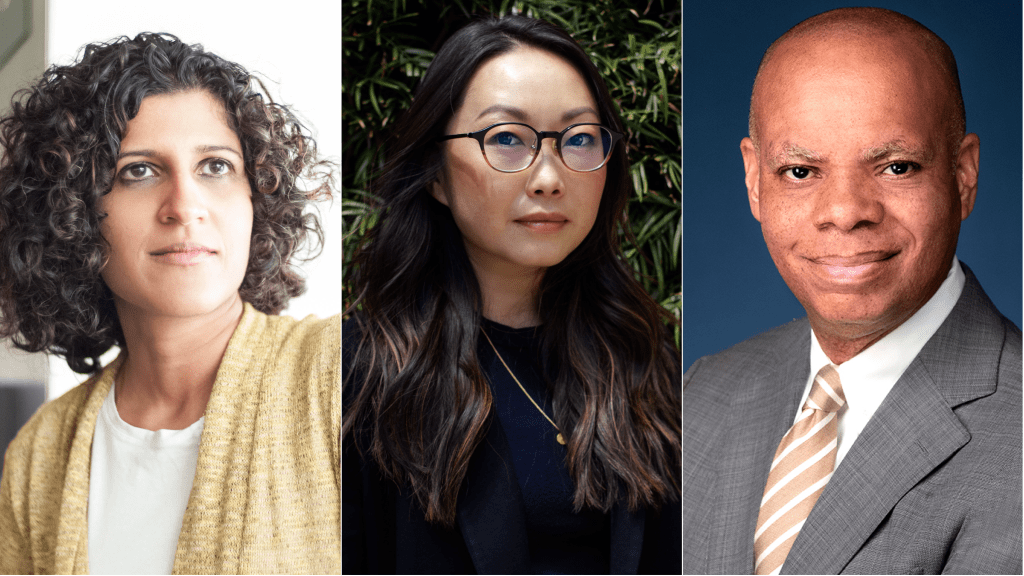 The Sundance Institute has announced the addition of Shripriya Mahesh, Lulu Wang and Patrick Gaspard to its Board of Trustees. The trio will now help steer and act in an advisory capacity for the organization, working closely with Board Chair Ebs Burnough and CEO Joana Vicente.

Mahesh is the founding partner of Spero Ventures, as well as an investor, experienced technology executive and filmmaker. Wang is an award-winning writer, director and producer best known for helming the A24 dramedy The Farewell, which won two Independent Spirit Awards, including Best Feature, upon its 2019 release. A leader in government, philanthropy, labor and global diplomacy, Gaspard serves as President and CEO of the Center for American Progress.

“The new trustees bring an invaluable depth of experience in government and civic engagement, technology and digital product development, and deep knowledge of the media, entertainment, and storytelling landscape,” said Burnough. “As Sundance’s programs continue to meet the evolving needs of independent artists, we welcome these three new Trustees who, together with the Board, will continue to strengthen ways to champion independent storytellers.”

“We are honored to have Lulu, Patrick and Shripriya join us as Trustees on the Board of Sundance Institute,” remarked Vicente. “Their vision and expertise offer us innovative leadership to continue to evolve as a cultural organization and deepen our commitment to the work.”

Asked about her new leadership position, Wang shared, “Sundance played a pivotal role in launching my filmmaking career and I’m honored to join the Institute’s Board to help usher in a new wave of filmmakers with singular voices.”

“The Sundance Institute is one of the finest examples of how to support creators and help them find their path in an extremely challenging industry. It has been supporting creators well before the ‘creator economy’ became a buzzword,” observed Mahesh. “I’m thrilled to be able to join the board to support the Institute’s mission to enable and support incredible independent filmmakers around the world.”

“I’m thrilled to join the board of Sundance as an honor and a duty, at a moment when the work of storytelling is critically connected to the work of democratic inclusion and rights protection across the Globe,” added Gaspard in closing. “Sundance provides a vital scaffold for independent artists to take up the full power of expression as a value in itself and in service of community.”

The Board for the nonprofit behind the Sundance Film Festival consists, as of today, of 45% men and 55% women, with 11 of 31 members self-identifying as BIPOC.