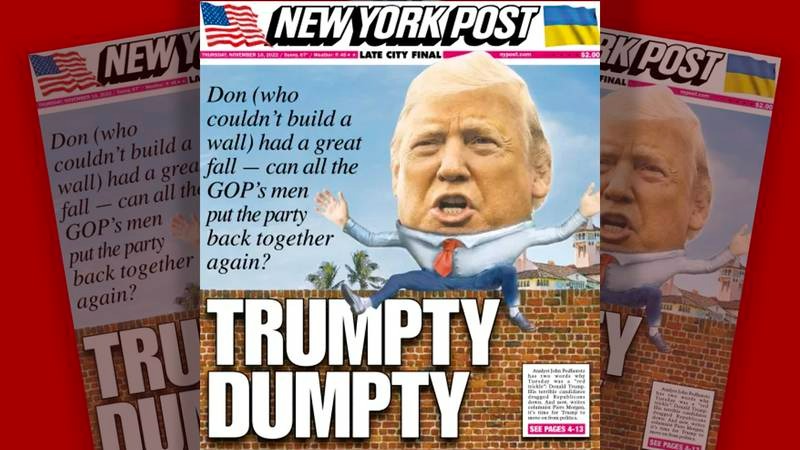 Historically, in the first mid-term after a new president steps into office, his party loses the House and Senate. In a landslide. So Republicans anticipated a red wave, a tsunami of Republican wins in November 8th’s elections. But said the Democratic Washington Post, “The expected red wave looks more like a puddle.” And the Republican New York Sun said the “Red Wave Proves to be a Mirage.” 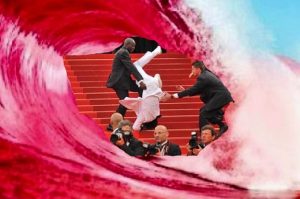 Yes, there was projected to be a Republican majority in the House, but it was relatively small. And the projected race to control the Senate was neck and neck between Republicans and Democrats. In a press conference November 9th, Joe Biden pointed out that “he had lost fewer seats in the House than any Democratic president in his first midterm since John F. Kennedy.”

However, the November 8th election’s biggest impact may be on the future of Donald Trump.

Republican candidates before the election sent thousands of emails telling their readers that the United States is on the verge of falling into the hands of a dedicated band of communists, Marxists, and socialists. That band of communists, said the emails, is the Democratic Party.

The believers in QAnon took this dark vision even farther. We are under threat from a globalist elite, says QAnon. This globalist elite worships Satan, glorifies sex with children, and sacrifices these children to the devil. To repeat, in both these Republican belief systems, the globalists and the communists are the Democrats.

According to QAnon, there is only one savior who can sweep away the Deep State and free us of the Satanic Democrats. His name is Donald Trump.

I’m a Democrat, and I can tell you that at least 95% of this dark view of Democrats is hogwash. Less than 5% has elements of truth.

Meanwhile Democrats like me see Donald Trump as the biggest threat to America’s democracy since the civil war. Evidence indicates that Trump is a worshipper of Vladimir Putin and an admirer of China’s dictator Xi Jinping. There’s also evidence that Trump is trying to create a one-party system in the United States and to install a Trump dynasty like the dynasty of another family he admires, the descendants of North Korean leader Kim Il Sung, whose dynasty has kept North Korea in an iron grip for three generations.

Yes, there is strong evidence that Trump wants to be dictator for life. Then that he wants to be followed in the White House by his sons and his daughter, Ivanka.

In the nearly three years since Donald Trump left office, he has been trying to take over the Republican party, filling as many seats as possible with people who praise him and repeat his fantasy that he won the 2020 election.

Trump endorsed 39 candidates in this mid-term election. A few days after the election, when votes were still being counted, ten of those candidates had won. But fourteen of Trump’s candidates were projected to lose. And it was reported that in Mar a Lago Donald Trump was screaming, blaming these losses on others. Including his wife, Melania. 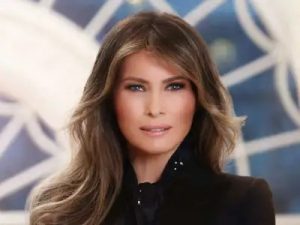 The Democratic press hoped that more of Trump’s candidates would lose. And that the losses would destroy Trump’s grip on the Republican party.

But the real criticism came from Republicans. Rupert Murdoch is the owner of Fox-News, the Wall Street Journal, and The New York Post. Needless to say, he is an arch-conservative. But two days after the election, the entire cover of the New York Post portrayed Trump as Humpty Dumpty and said, “Don (who couldn’t build a great wall) had a great fall. Can all the GOP’s men put the party together again.” Trump advisor David Urban added that, “Republicans have followed Donald Trump off the side of a cliff.” And former Republican congressman Peter King declared, “I strongly believe [Trump] should no longer be the face of the Republican Party.”

But Donald Trump claimed that the recent election was a triumph. He said, “It was a very big victory – 219 WINS and 16 Losses in the General. Who has ever done better than that?”

Meanwhile Trump candidates like Arizona’s Kari Lake swore that if they lost, they would charge fraud and would bring the house down. A trick from the Trump playbook. We’ll see in the next week or so if a nationwide campaign emerges to overturn Democratic victories. 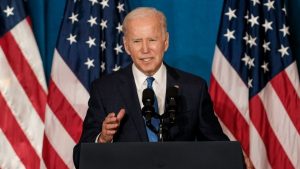 But the real question is whether Donald Trump will end this mid-term election with a Republican Party firmly in his grip. A party he can use as a crowbar to win the White House in 2024. Says the chief US correspondent for Britain’s The Independent, in this election, Trump may actually prove to be the biggest winner.