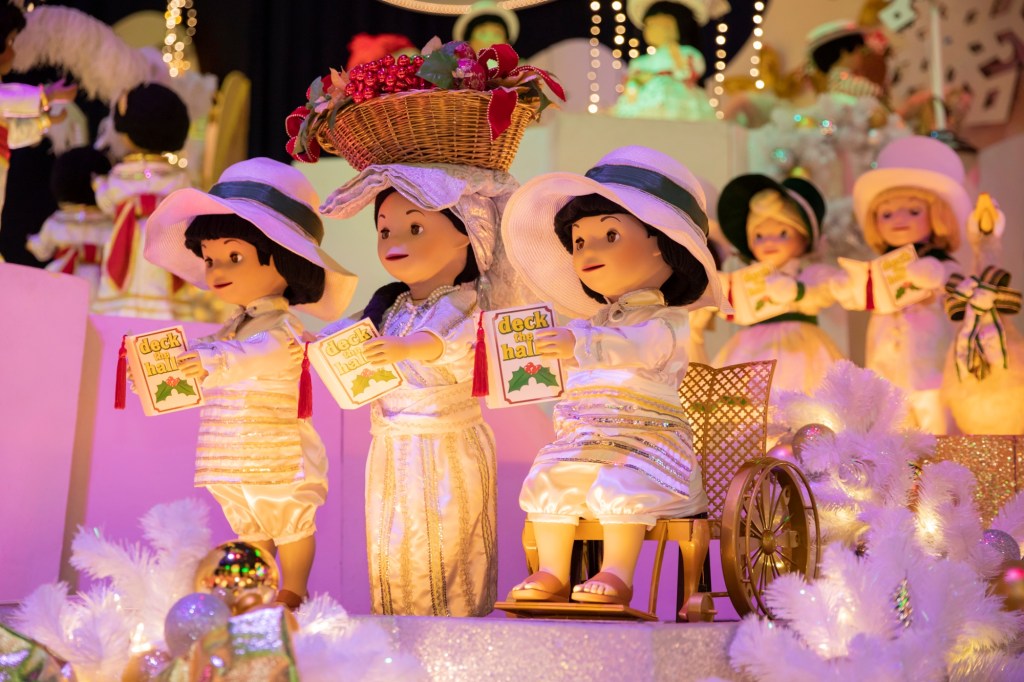 Disneyland’s popular It’s a Small World ride added two new animatronic dolls to its show on Friday, and they are both using wheelchairs.

The new additions were unveiled Friday — the first day of the Disneyland Christmas season and the special holiday overlay that’s added annually to to the boat ride through the world of singing children.

This is the first time that small world dolls have been shown in wheelchairs, which were designed by several groups in collaboration, including an employee group that advocates for disabled employees and visitors.

Look for the new dolls in the Latin American scene and also in the finale, adding to the nearly 300 singing and dancing dolls that already make up the attraction.

It’s a Small World opened at Disneyland in 1966, after debuting at the 1964-65 New York World’s Fair. It has consistently remained one of the park’s most popular rides. The last time new characters were added was in 2009. Officials said they plan to add dolls in wheelchairs to the rides in Walt Disney World and Disneyland Paris in 2023.

In a prepared statement, Disneyland said it has added “enhancements to our attractions to reflect more accurate representation of diversity around the world.”

The Disneyland Resort holiday season runs through Jan. 8 and includes huge Christmas trees, as well as special ride overlays such as the Haunted Mansion, performances and more. Sleeping Beauty’s Castle is covered in lights. In Cars Land, visitors can find Luigi’s Joy to the Whirl and Mater’s Jingle Jamboree, for the holidays, among others.

It’s a Small World was first redecorated for the 1997 Christmas season, with special lighting and decorations. It features the dolls dancing and singing Christmas songs as well as the iconic small world theme song, which has become an earworm for generations.

It is fully accessible for wheelchair users, with two boats specially outfitted for their use.