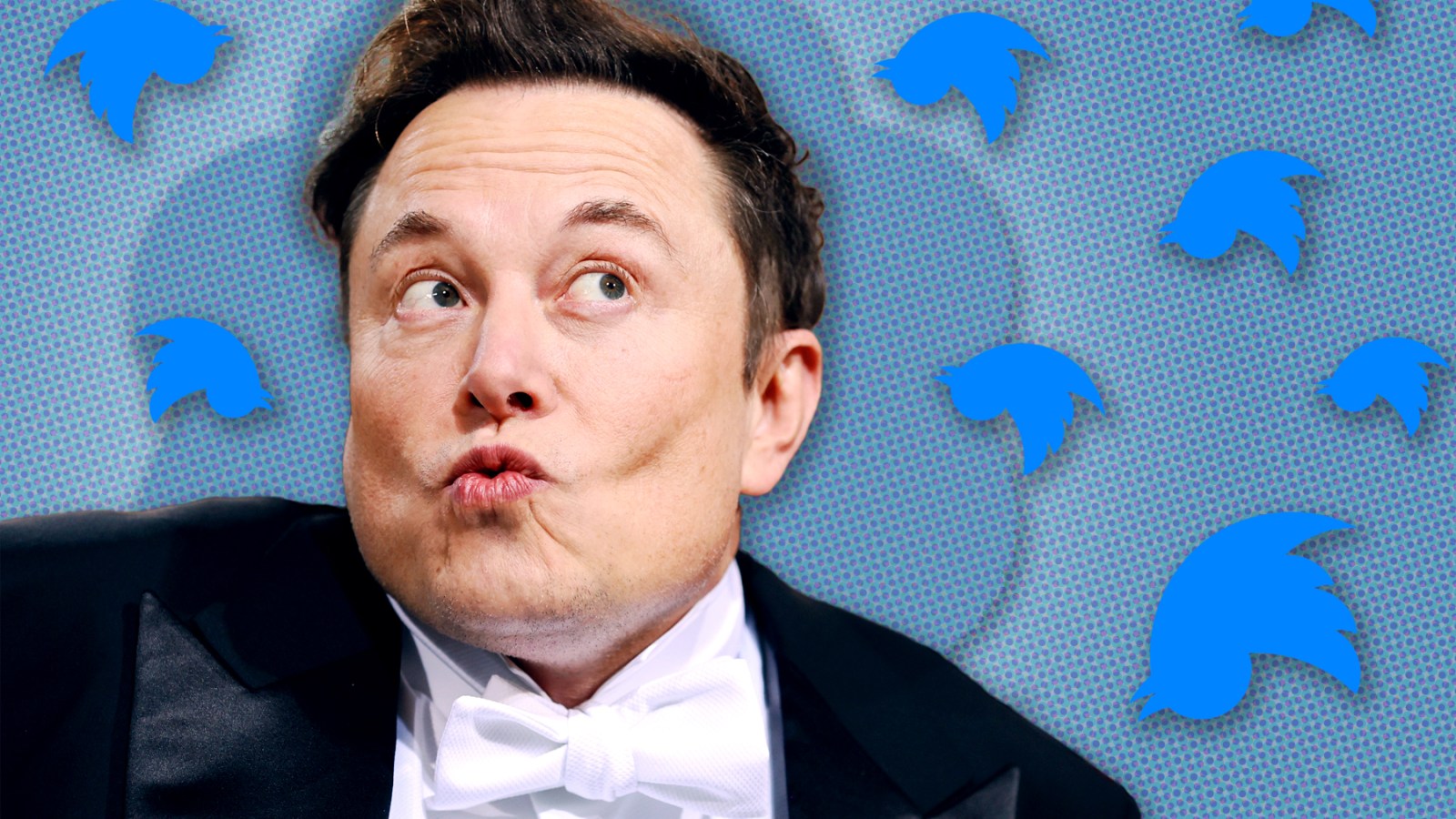 As Elon Musk‘s second week running Twitter comes to a close, the social network is tilting toward outright anarchy.

The most visible problem arose from Musk’s harebrained idea of selling verification badges for $8 a month — without a mechanism for confirming the user’s identity. For years, you could trust that a blue check next to, for example, the name “Rudy W. Giuliani” indicated that the account was controlled by the former mayor of New York. Now, for a quite reasonable price, anybody can log on as the “real” Giuliani and tweet stuff like “I shidded” until they’re suspended.

Musk has pointed out that these accounts are being taken down after they’re reported, but that has just been an unwinnable game of Whac-A-Mole. People have already impersonated LeBron James, ESPN analyst Adam Schefter, Mark Zuckerberg, George W. Bush, Florida Gov. Ron DeSantis, the Canadian Broadcast Corporation, video game companies Nintendo and Valve, pharmaceutical giant Eli Lilly, and, in several cases, Musk himself. There’s also a verified Jesus Christ. On Thursday, someone posing as the verified account of Musk’s car manufacturer Tesla shared an infamous photo of him with convicted child sex trafficker Ghislaine Maxwell, presenting the pair as the “amazing founders” of the company. 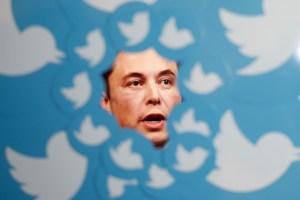 Internally, things aren’t much better. After Musk laid off half of Twitter’s staff, management begged dozens to come back, either because they were “accidentally” let go or essential for daily operations. Musk, who has sold some $4 billion in Tesla stock in what he has characterized as a bid to “save” Twitter, informed remaining employees in his first official communication with them — a dire email sent Thursday at 2:39 a.m. ET — that they could no longer work remotely and “there is a good chance Twitter will not survive the upcoming economic downturn.”

In a subsequent all-hands meeting, he said that at the rate the company is bleeding money, bankruptcy is a possible outcome.

The upheaval at Twitter headquarters has been exacerbated by a slew of high-profile resignations. On Thursday, it emerged that Yoel Roth, Head of Trust and Safety — who since Musk’s takeover has worked to mitigate a spike in hate speech and reassure users amid the chaos — is leaving the company. He was joined by a director of human resources, Kathleen Pacini. Their departures follow those of three executives responsible for overseeing information security, privacy and compliance. And, of course, Musk fired most of the C-suite as soon as he took control of Twitter.

The effects of the growing leadership vacuum, and cratering employee morale, will be acute, particularly as Musk’s freewheeling business practices draw scrutiny from the U.S. government. President Biden himself has said that the billionaire’s foreign ties are “worthy of being looked at,” while the Federal Trade Commission made the unusual move on Thursday of issuing a stern warning to Musk.

“We are tracking recent developments at Twitter with deep concern,” said an FTC spokesperson in a statement. “No CEO or company is above the law, and companies must follow our consent decrees. Our revised consent order gives us new tools to ensure compliance, and we are prepared to use them.”

The consent decree is an agreement between the FTC and Twitter that the latter will safeguard user information while thoroughly documenting the implementation and security of any new features or services. It’s a binding pledge that Musk apparently doesn’t care about, and with a lot of important people who do care jumping ship, that indifference could cost him dearly.

The agency first obtained this deal in 2011, when settling with Twitter over charges of serious lapses in their data security. Earlier this year, the company paid $150 million for allegedly violating the decree — it had asked users for personal information, supposedly in order to secure their accounts, then served targeted ads based on the responses. As part of that settlement, the FTC also rewrote the consent decree to be even stronger. Among other things, it now requires a risk assessment before the rollout of any modified product or service that requires access to a customer’s private data. The pace at which Musk is inflicting change on Twitter suggests that those assessments are very much not happening.

So insiders are now worried that Musk’s reckless antics, and his demand that engineers “self-certify” their compliance with FTC rules and privacy laws, may trigger billions in fines, if not criminal penalties. It’s certainly not ideal for Twitter that the consumer protection body is already threatening to enforce the newer, less forgiving legal statutes that Twitter committed to just months ago.

All of which is to say, the disasters of Musk’s own making are expanding and compounding at an astonishing rate, while the potential consequences are escalating in kind. Can a gutted, destabilized Twitter, led by a flailing egomaniac, withstand another week of this nonsense? Maybe not, but rest assured that many will stick around to watch the train wreck.