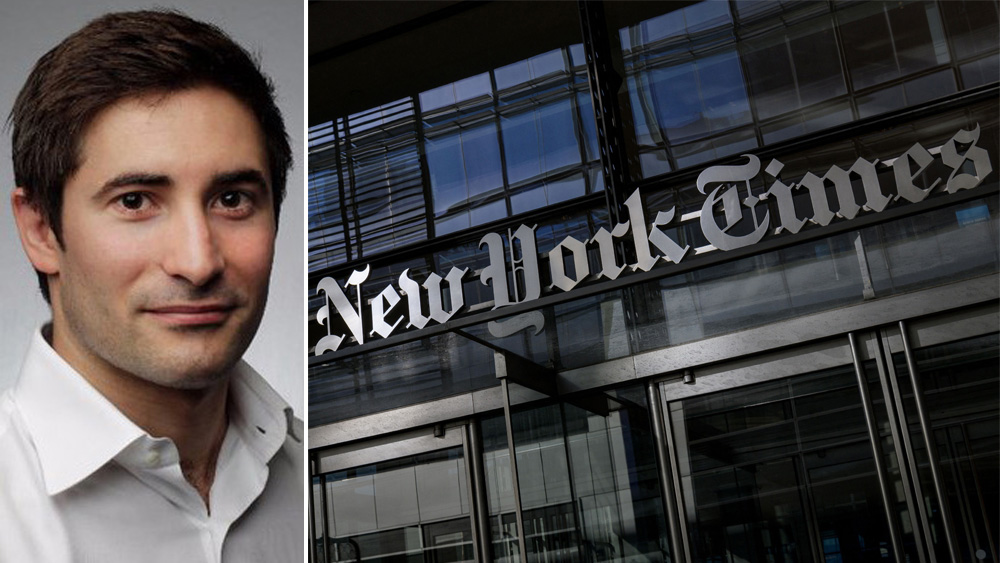 Swan will start out covering Capitol Hill, “where he will focus on the Republican party and its fragile coalition in Congress,” according to a memo from politics editor David Halbfinger and Washington Bureau chief Elisabeth Bumiller. Swan then will join the politics team next summer.

Halbfinger and Bumiller called Swan “one of the biggest news breakers and best-sourced reporters in Washington.” During the Trump administration, when many reporters landed non-stop scoops from the leaky administration, Swan’s exclusives stood out for their accuracy. His interview with Trump aired on Axios on HBO.

“Even if you have never met Jonathan, you know his stories. He first reported that Trump would recognize Jerusalem as Israel’s capital, that the U.S. would pull out of the Paris climate deal, that Steve Bannon would be fired and that Paul Ryan would retire from Congress,” Halbfinger and Bumiller wrote.

Swan will start in January.

Swan also produced a nine-part series and podcast about the final days of the Trump administration.

Two top New York Times reporters Jonathan Martin and Alexander Burns recently left the Times for Politico. They authored This Will Not Pass: Trump, Biden and the Battle for America’s Future.

Swan wrote on Twitter that Axios “has been family to me for the past six years.” He said that it has been “the best place I have ever worked.” “It’s bittersweet for sure — but thrilled to join the NYT next year, a paper I’ve admired forever.”