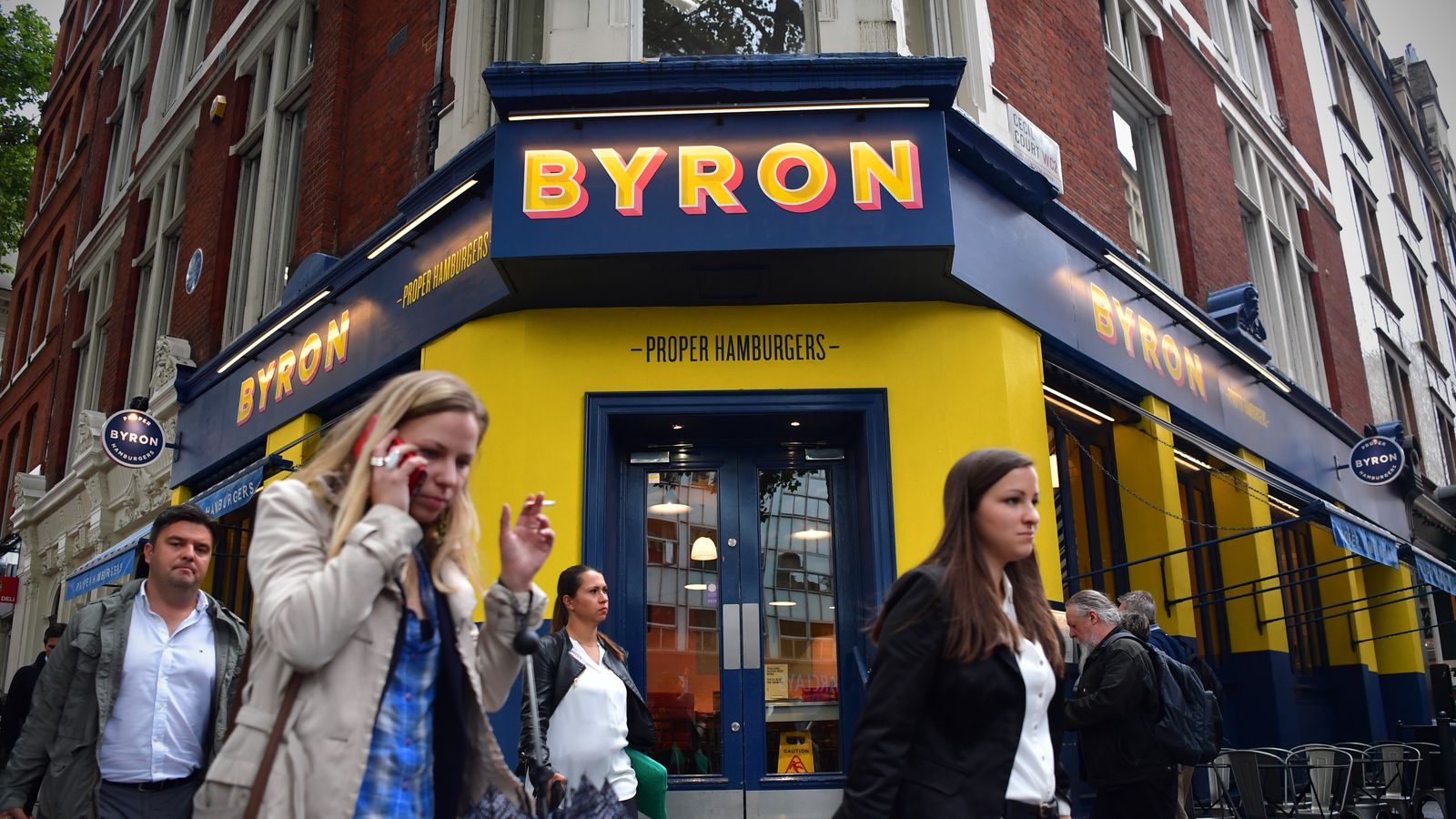 Byron, one of the UK’s best-known burger restaurant chains, is to be flipped to a new owner two-and-a-half years after a brush with insolvency.

Sky News has learned that the company, which was one of numerous hospitality sector victims of the COVID pandemic, is working with advisers on a potential transaction.

Sources said that the owners of Byron, which now trades from just over 20 restaurants, had hired Interpath Advisory to find new investors.

The process comes at an inopportune time for casual dining chains, with the UK economy sliding toward recession and businesses hampered by soaring energy costs.

The search for new owners has been initiated by Calveton, an investment firm that took control of Byron in 2020.

Three Hills Capital Partners is also a minority investor in the company.

One option is likely to be another pre-pack administration for Byron, where a buyer is lined up to acquire its assets without its liabilities, although insiders insisted on Friday that speculation about such an outcome was premature.

Its last restructuring resulted in the closures of dozens of restaurants and hundreds of job losses.

Founded in 2007, Byron was among a horde of well-known operators which expanded too quickly and are now a fraction of the size they reached at their peak.

COVID-bit: New COVert Channel to Exfiltrate Data from Air-Gapped Computers
UK ‘is already in a recession which is expected to last into next year’
Samsung, LG Phones Vulnerable Due to Leaked Certificates, Google Finds
Christmas travel hit by new strikes as Border Force set for airport walkouts
Wheeler Walker Jr. Reviews Tyler Hubbard’s ‘Dancin’ In The Country’ EP: “It’s Awful. Do Not Listen To This”