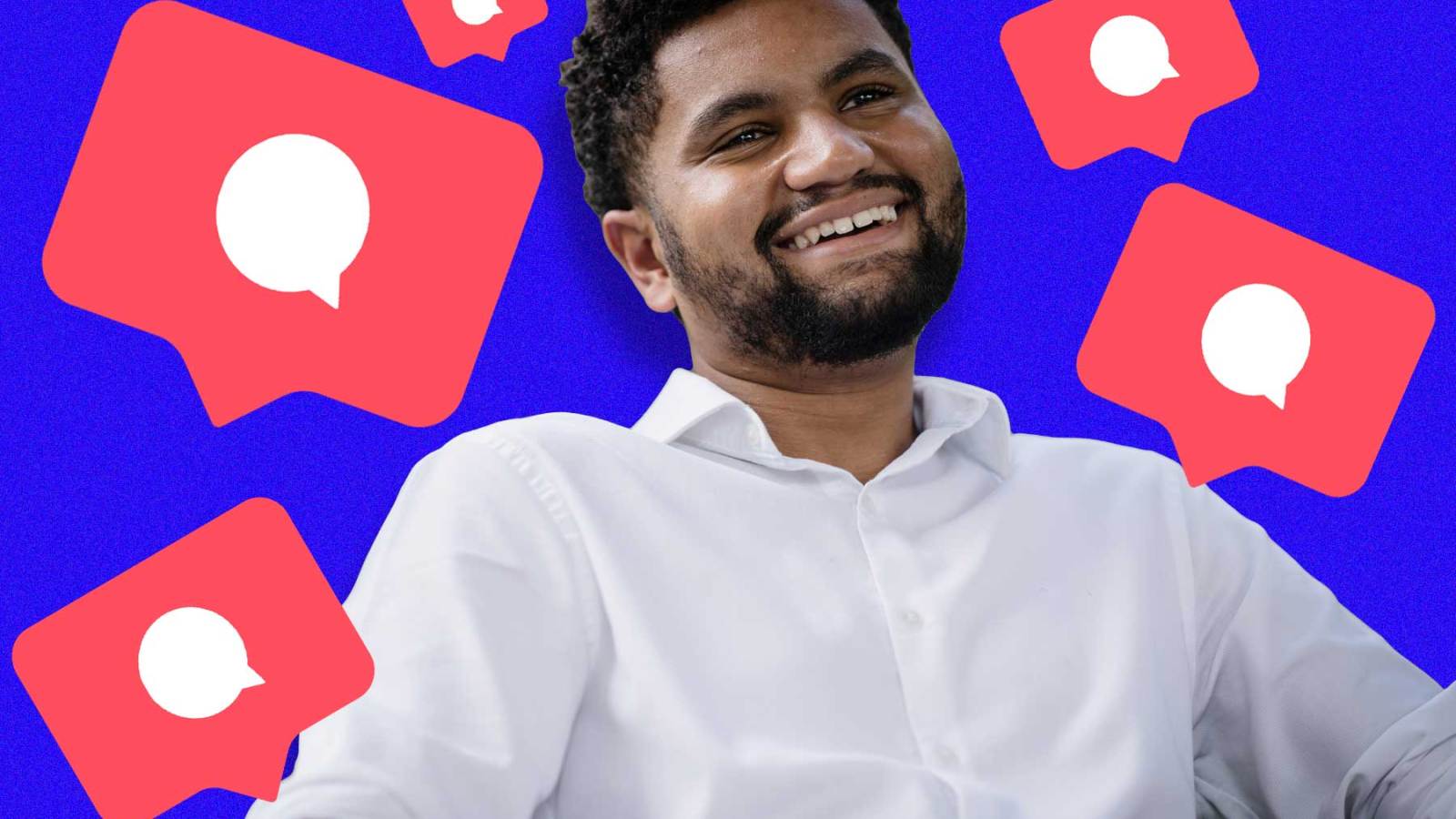 Maxwell Frost doesn’t know if he’d call himself a stan. As the first Gen-Z Democratic Congressman, Frost made headlines on Tuesday night when in addition to winning an election, it was revealed that he was a long-time fan of Harry Styles, Kingdom Hearts, Arian Grande, and Yu-Gi-Oh! Basically, everyone found out that the Congressman-Elect was a human with preferences and lost their shit.

Frost tells Rolling Stone he doesn’t know if the current definition of a stan applies to him. Yes, he saw One Direction in concert and classifies their albums by eras, yes he called a cowboy hat necessary for Orville Peck’s Coachella set, and yes, he has a strong opinion about the lasting cultural relevance of the 1975’s debut studio album, but it’s not like he runs an updates page (that we know of). Frost gets why people love the idea of him being a stan, though, and cites authenticity as a major part of his campaign.

“My job is that I’m representing my community in Congress, but I’m still a whole person who loves things,” Frost tells Rolling Stone on a quick phone call, purposefully rescheduled so he could leave for a 1975 concert on time. “I think people find comfort in it, and it excites them.” (This morning, videos of Frost at the Southern D.C show began to circulate online after frontman Matt Healy congratulated him on his victory. Healy then dedicated “Love It If We Made It” to him, a fitting move for a song that vacillates between a critique of modern politics and a primal scream against existential, generational dread.) 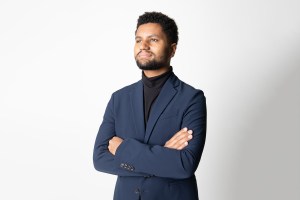 Americans love firsts. We have an entire culture dedicated to the firsts, the bests, and lists filled to brim with people whose claim to fame is a success before the age of 30. But Frost seems strikingly aware of this, even as his rise to Congress has been marketed as the Democratic answer to now-out-of-office Madison Cawthorne. He’s 25, the very oldest a member of Gen-Z can be. Nonetheless, he understands that the major cultural touchstones that define Gen-Z as a generation are the same drivers that make them such successful voters — and potentially the start of a stronger interest in national politics.

“I think about the timeline of Gen-Z, and I remember sitting on the floor while my dad’s watching the news and thinking, ‘What is wealth inequality? What is Occupy Wall Street?’” Frost says. “Growing up with Columbine, Pulse, Parkland, Sandy Hook, living all of this through our phones. It’s been civil unrest, protests, direct action, and trauma.”

The biological son of a Cuban immigrant, Frost built his platform on supporting universal healthcare, ending gun violence, and addressing climate change. But the Congressman-elect doesn’t think his age or historic election means anything without the continued support of the community and movements that got him here in the first place.

Rolling Stone caught up with the first Gen-Z Democratic Congressman and spoke about his feelings about the end of his campaign, how politics and stan culture mix, and his belief in Gen-Z as a constituency.

What are some of your first and biggest policy priorities once you get sworn in?

I would say ending gun violence. Then something I’m really passionate about is ensuring that we get an economy that works for everybody. I believe inherently that people deserve to have health care as a human right. Housing is a human right. A good wage and a union representative. All these things work together to build a world where people have their basic necessities met. And I think we all deserve this by virtue of being human. And I don’t think it should matter about your employment status, or who you are, or where you live.

Where do you think Gen-Z will continue to fall in terms of political action? Do you believe the generation is apathetic, like some claim, or do you think they’re ready to take action?

When I think about older generations and defining moments, I remember talking to people, and some said post 9/11, others said the moon landings. But I don’t remember 9/11. If you ask Gen-Z what are some of the most defining world moments, you’ll probably hear about the shooting at Parkland or the Black Lives Matter movement. Trayvon Martin being murdered just 30 minutes north of where I lived, getting that talk about what it means to be a young black man in this country. Those things are really indicative of what our generation is feeling. It’s righteous anger. We’re looking around saying, “Why isn’t this been dealt with yet?” We want to vote, and we want to be involved in decision-making because we get the urgency of these issues.

Following your election, a ton of people began to pick up on the fact that you’re a big pop music fan (including me) and called you a stan. Why do you think people have gravitated to that aspect of your personality?

I think it’s refreshing for people to see a politician who likes the same things they like or isn’t afraid to kind of be out there. That’s a little bit of the reason why for my campaign account, I just changed the handle. That’s the Twitter account that I’ve had forever. Same thing with my Instagram. Because I always just thought these platforms [were] just for me to show who I am. It’s not like this is a new chapter, or I’m a new person. I’m the same person, you know? I’m gonna go to concerts and play the drums and do my thing.

In the past few election cycles, especially as more candidates realize the need for Gen-Z support, we’ve seen a new wave of internet culture slowly making its way into politics. One of those things is stan culture (a wholesale love and support) which critics have said can prevent people from holding their public leaders accountable. As someone people have labeled a stan, what’s your take?

I think it can be dangerous applying celebrity culture to our politicians. I think it’s okay to admire people and stuff. I don’t think I have many stans, but if I do, I don’t want to offend anyone. I’m really flattered folks admire me and stuff. But we are public servants at the end of the day. Just as quickly as I’ve been voted in, I can be voted out, and I think it’s really important to stay grounded. Always have a critical eye, even on politicians that you stan.

What are you feeling right now, and what do you think is going to drive you forward?

I’m just thankful. I come from the March For Our Lives movement. I come from the gun violence prevention movement. I come from the Black Lives Matter movement. The streets that I was arrested on two years ago and put in jail for nonviolent protests, I’m going to be representing those same streets in Congress in January. And I think that’s a really powerful message, at least for me. And I’m going to keep that energy up. It’s not about one person. It’s about a whole movement. It’s not one politician that’s going to save the world. Right? It’s all of us working together. It’s our leaders, the voters, the organizers, the advocates, and the musicians. It’s all of this, all of us, working together, and I’m so excited to play a small part of such a really big puzzle.

Do you feel like, either in the past or in the future, your age might be a hindrance to your policy goals? Do you feel like you’ve been, or could be, infantilized in your career — especially if people only continue to highlight how personable you are online?

I’ve dealt with that my entire life, like when I worked for the ACLU as the youngest person in the room. Working on campaigns, it’s always been something I’ve dealt with. But if you look at a lot of politicians now, a lot of them are looking to have more of a Gen-Z voice on their social media. I mean, look at John Fetterman and people like that who have really gotten into shitposting and that kind of Gen-Z online culture. I think politics, it’s a very heavy thing. And I think seeing your leaders be fun is really important. I know there will be some of that, of course, and I saw it in the primary, but I’m not worried about it. I have these great people who have my back. And I’m not going at this alone.

Do you want to see more Gen-Z in Congress?