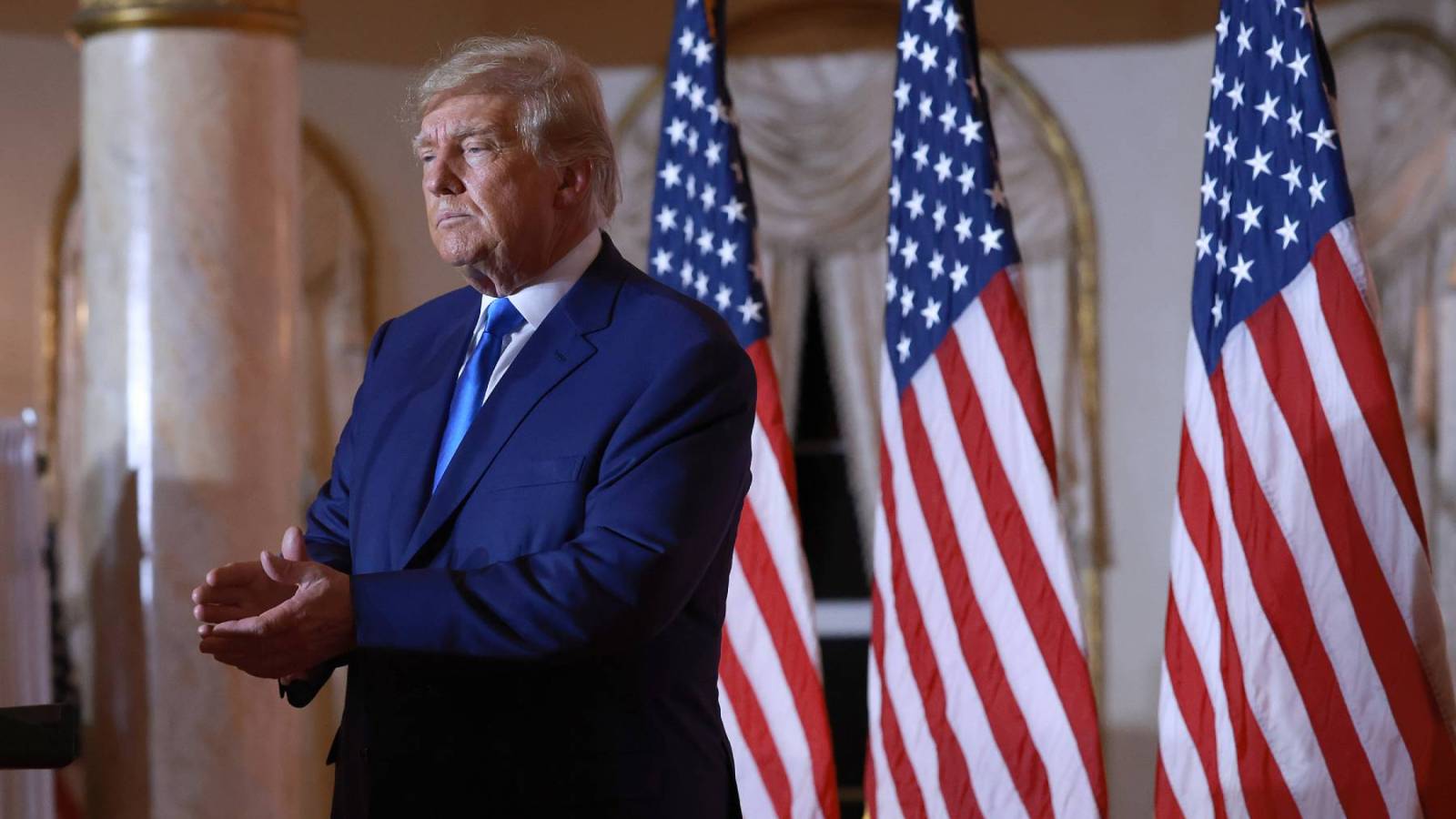 Donald Trump said from behind a podium at Mar-a-Lago on Tuesday that he’s launching a campaign to take back the White House in 2024. It wasn’t exactly a rousing announcement. The former president seemed bored as he squinted at his teleprompter and regurgitated well-trod talking points about immigration, crime, the economy, and more, mixing in several rambling tangents.

The speech was so dull that even Sean Hannity cut away from it.

Trump’s biggest fanboy in conservative media wouldn’t dare criticize his performance, however, instead bringing in Pete Hegseth and Mike Huckabee to drool over the former president’s announcement. “This looks like Trump in as good a form as you have ever seen him,” Hegseth said dutifully, with Huckabee declaring Trump “unbeatable” in 2024.

All the while, Trump continued to drone, so much so that his fans in attendance sat down, prompting him to say he felt “guilty” that they had remained standing for so long in the first place. The ranting persisted, though. Hannity brought on Monica Crowley, Rep. Jim Jordan, and others for more analysis before finally checking back in on the former president, now well clear of anything resembling prepared remarks.

Hannity and company may have gushed about the power of Trump’s address, but not all conservatives were impressed. “This is one of the most low-energy, uninspiring speeches I’ve ever heard from Trump,” Sarah Matthews, a former Trump White House spokesperson, tweeted. “Even the crowd seems bored. Not exactly what you want when announcing a presidential run.”

Fortunately for insomniacs across America, Trump’s newly launched 2024 campaign will feature “a multi-day series of political events,” according to Axios.

Los Angeles Daily Covid Cases Hit 4,352, Up 43% In Past Week & Highest Total In Nearly 4 Months
What is Alzheimer’s, how common is it – and will new drug lecanemab help patients in the UK?
Sacha Baron Cohen as ‘Borat’ Goes After Kanye at Kennedy Center Honors
MIUI 14 Changelog Leaked Ahead of Xiaomi 13 Series Launch; Promises Better Performance, Privacy Controls
Get Smarter with these 25 Popular Science Books