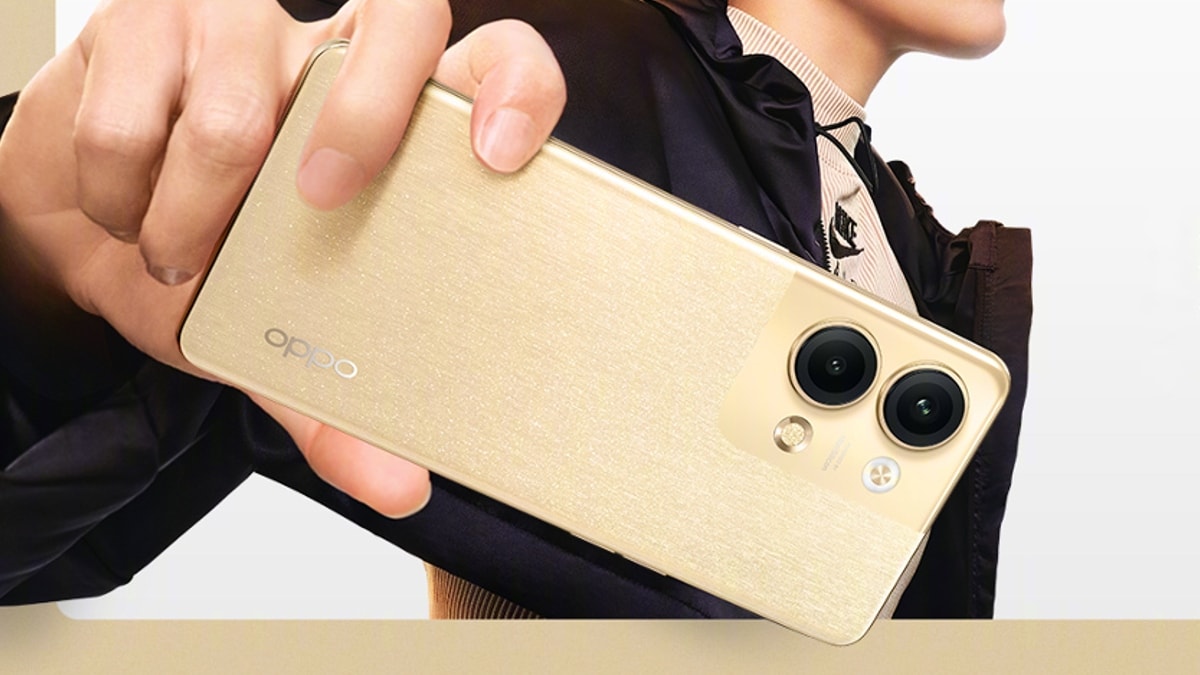 Oppo Reno 9 series is all set to launch on November 24. Oppo, via Weibo, has confirmed the arrival of the new Reno series smartphones in China on Thursday. It has also shared videos and posters on the Chinese microblogging platform, revealing the design and few specifications of the devices. The Oppo Reno 9 will debut alongside Reno 9 Pro and Reno 9 Pro+ models. The upcoming phones are teased to feature a dual rear camera unit and are confirmed to include the MariSilicon X imaging neural processing unit (NPU). They are confirmed to be offered in three colour options.

The Chinese smartphone brand via multiple posts on Weibo confirmed the arrival of the Oppo Reno 9 series in China. The launch event will be held on November 24 at 2.30pm local time (12:00pm IST).

The teasers suggest that Oppo Reno 9 series will have a hole punch display design and dual rear camera unit. It is confirmed to include the MariSilicon X imaging neural processing unit (NPU) as well. A dedicated microsite on Oppo’s China website is also teasing the specifications of the devices ahead of debut in the country. All three models are confirmed to be offered in three different colour options.

The Oppo Reno 9 series will succeed the company’s Reno 8 smartphone lineup that was launched earlier this year.

Google Pixel 7 Pro vs iPhone 14 Pro: Which Has The Better Cameras?

Los Angeles Rams Season On The Brink, As Quarterback Matthew Stafford Goes Out
George Clooney, Gladys Knight, U2 Get Kennedy Center Honors from Biden
The Ecstasy and Energy of David LaChapelle
The Story Of George Jones Flipping A Table At Tammy Wynette’s House And Professing His Love For Her After Her Then-Husband Called Her A “Son Of A B*tch”
Conspiracy theorist who claimed Sandy Hook victims were actors says he’s bankrupt