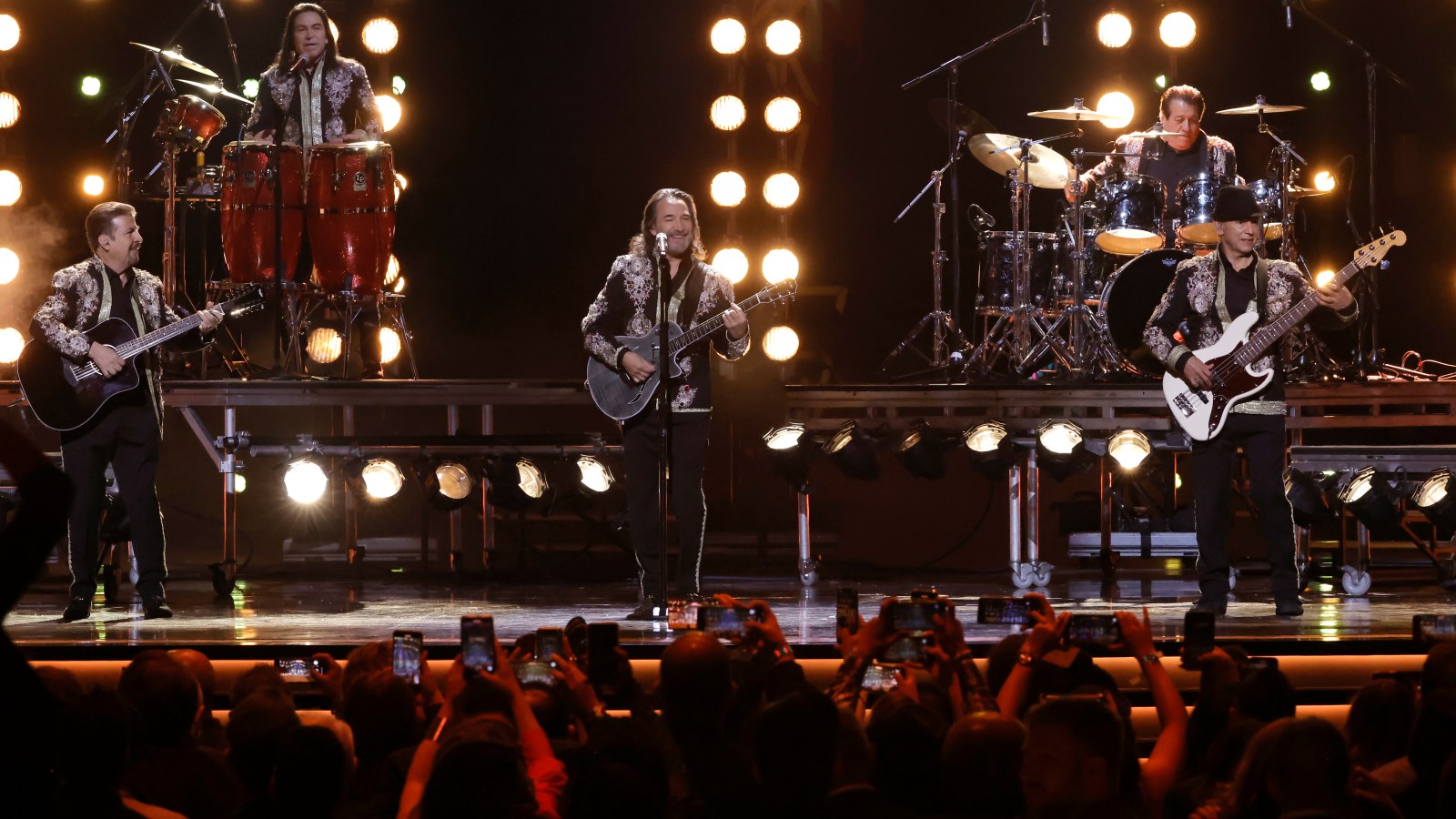 The performance marked the second time Marco Antonio Solís, this year’s Person of the Year, took the stage

Toward the end of the 2022 Latin Grammys, Person of the Year recipient Marco Antonio Solís took the stage for a second time following a solo performance he’d done earlier in the evening. This time, he reunited with his band Los Bukis and performed several classics by their side.

Solís had previously parted ways with the band in 1996 to launch his successful solo career. He reunited with Los Bukis last year much to the delight of Latin music fans. Solís continued to spread that joy with his feel-good performance of “Tu Cárcel.” He danced in-step with his bandmates, showing their unbreakable bond. The crowd gave Solís’ exciting reunion with Los Bukis a standing ovation.

At the opening of the show, Solís was honored with a tribute of Latin pop stars performing his hits. The night’s hosts Thalia, Luis Fonsi, and Laura Pausini sang “Si No Te Hubieras Ido” and “A Dónde Vamos a Parar” alongside Sin Bandera, Carin León, Gente de Zona, Aymée Nuviola, and Chocquibtown’s Goyo.

Carrie Fisher and Debbie Reynolds’ California Ranch Sells for $2.85 Million
A New Boom of Horror From Latin America
Rail union urged not to ‘hold country to ransom’ and accept ‘generous’ pay offer
Coronavirus: Here’s how many patients are in hospitals with COVID-19 as of Nov. 30
Samsung, LG Phones Vulnerable Due to Leaked Certificates, Google Finds