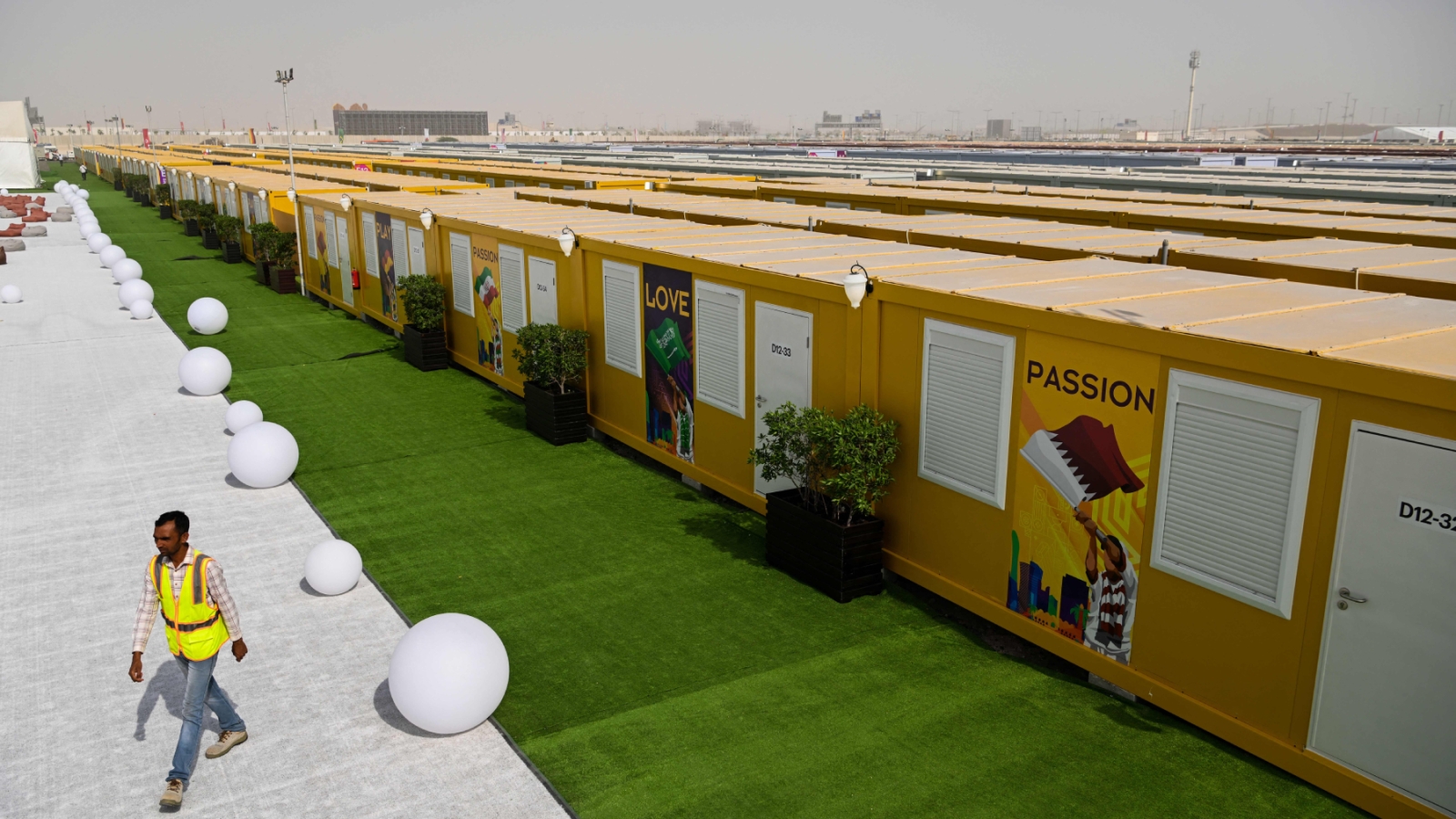 1.2 million people are expected to travel to Qatar for the 2022 FIFA World Cup that begins this Sunday. The question, however, of where they will be staying is still unclear.

About 1.2 million people are expected to travel to Qatar for the 2022 FIFA World Cup that begins this Sunday. The question, however, of where they will be staying is still unclear. A large official fan village that plans to accommodate thousands of traveling fans in the coming weeks still resembles a construction site with forklifts and rubble next to a sea of shipping containers, the Guardian reports.

With less than 48 hours before the official kick off, the Rawdat Al Jahhaniya fan village is comprised of endless rows of portacabins organized into different colors and mapped in alphabetical order, according to CNN. Each cabin has a mini fridge and a small bathroom. There is also a large central gathering space with a massive television screen facing a sea of bean bags. Large tents with hundreds of tables and chairs have been erected for dining space.

The site, which opened on Friday, costs a little over $200 a night for a double cabin for two and the temporary residency is expected to welcome 60,000 soccer fans with a total of 30,000 rooms erected in the desert, reports SB Nation. Although the World Cup is expected to attract more than a million visitors to Qatar, the country had only 30,000 hotel rooms available in March and 80 percent of them were booked for FIFA teams, officials and sponsors.

Sites like the Rawdat Al Jahhaniya fan village cropped up in response, as well as cruise ships moored at Doha’s Grand Terminal and tents in the desert offering additional lodging. However, how well the temporary cabins in the desert will hold up to the heat (82 degrees Fahrenheit in Nov.) and the logistics of housing and moving so many people in such a compressed amount of time will be tested.

Since FIFA chose Qatar as the 2022 host country in 2010, concerns have continued to grow over the abuse of migrant workers, who make up 90 percent of the workforce and who have been key to the labor needed to constructed these temporary lodgings. A reported 6,500 migrant workers have died since Qatar was awarded host country status.