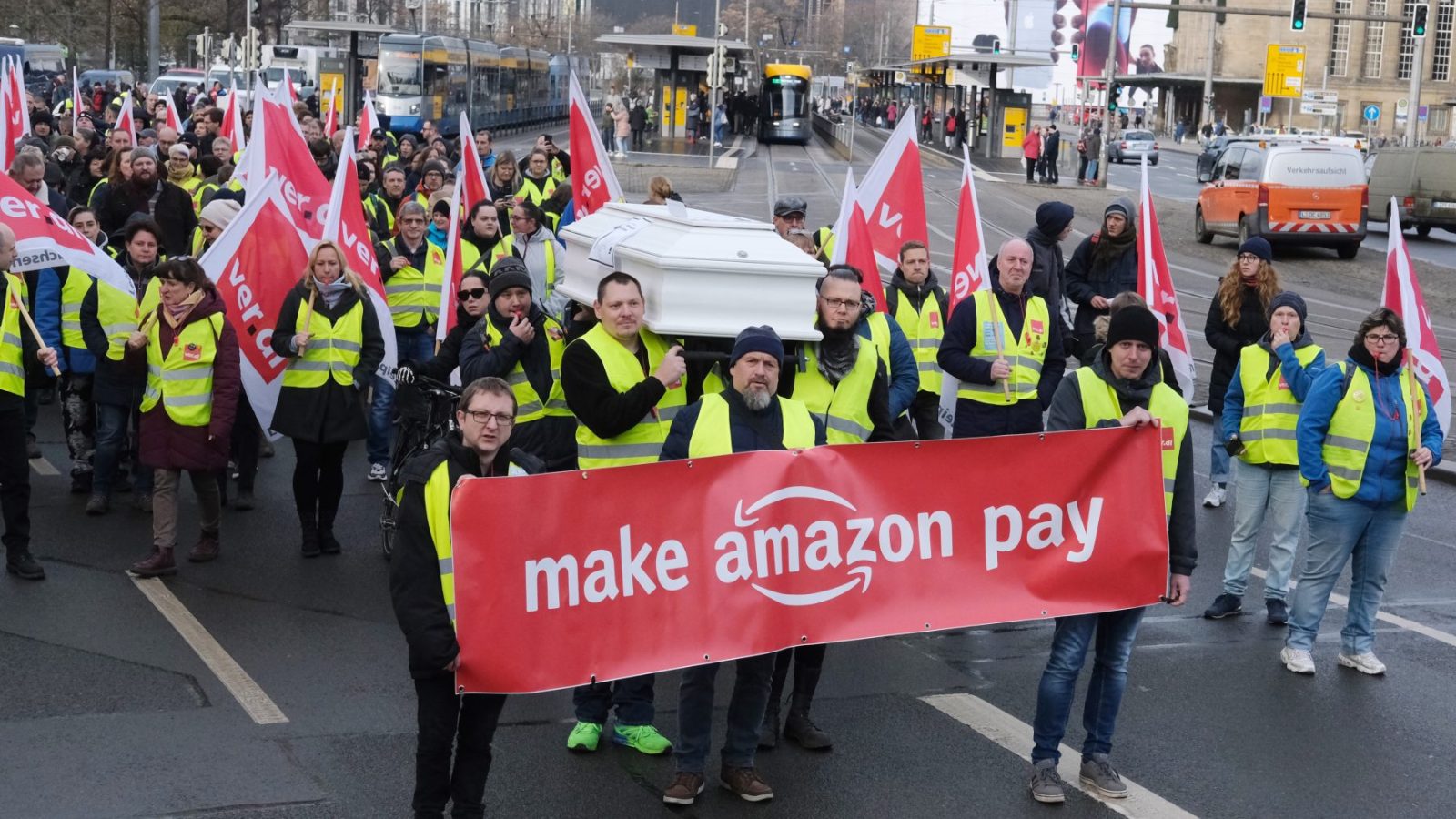 Amazon warehouse workers have walked off the job on one of the busiest shopping days of the year to demand higher wages and better working conditions from the online retail giant.

The strike was organized under “Make Amazon Pay,” an international campaign coordinated among trade unions, climate justice groups, and labor rights organizations. It calls upon Amazon to increase worker pay and stop busting warehouse employees’ efforts to unionize, as well as improve its environmental impact. Friday’s actions include walkouts, strikes, and forms of protest from thousands of Amazon warehouse workers across 40 countries and five continents on Black Friday, the unofficial kick off of the holiday shopping season.

“For workers and consumers, the price of everything is going up,” the campaign website states. “And for everyone, the global temperature is rising and our planet is under stress. But instead of supporting its workers, communities and the planet, Amazon is squeezing every last drop it can.” The campaign calls upon Amazon to pay its share of global income taxes, which it did not pay in Europe in 2021 and has never paid in the United States — even as its received many additional tax credits from governments as it built its network of warehouses.

The focus and tactics of each strike varies by region. Warehouse workers in France and Germany, for example, walked out in protest of computerized productivity monitoring and target-setting that places a high demand on their output. Workers in the United Kingdom are focused on raising their pay in light of global inflation that has hit their country particularly hard.

In the United States, the day’s actions include a protest outside of Amazon founder Jeff Bezos’ apartment building on Fifth Avenue in Manhattan, as well as demonstrations at Whole Foods locations, which Amazon acquired five years ago.

Amazon’s treatment of its warehouse workers has been a persistent concern as the online retailer expanded into a global behemoth of same- and next-day shipping. Employees have long reported physical injuries due to the breakneck pace of warehouse work, as well as mental health complaints from the algorithm-induced pressure on their output. Recent data from workplace inspections affirms these concerns, finding that demands on warehouse workers pose a significant risk to their health and safety.

Efforts to organize Amazon warehouses have been sporadic and largely failed amid massive pushback from Amazon management. A warehouse in Staten Island, New York, became the first to unionize in April. but no other labor drives have succeeded since.

An Amazon spokesperson acknowledged the campaign’s concerns but pushed back on characterizations that it wasn’t making strides toward alleviating them, citing its “competitive wages and great benefits” as well as efforts to make the company greenhouse gas neutral by 2040 in a statement to Bloomberg News.