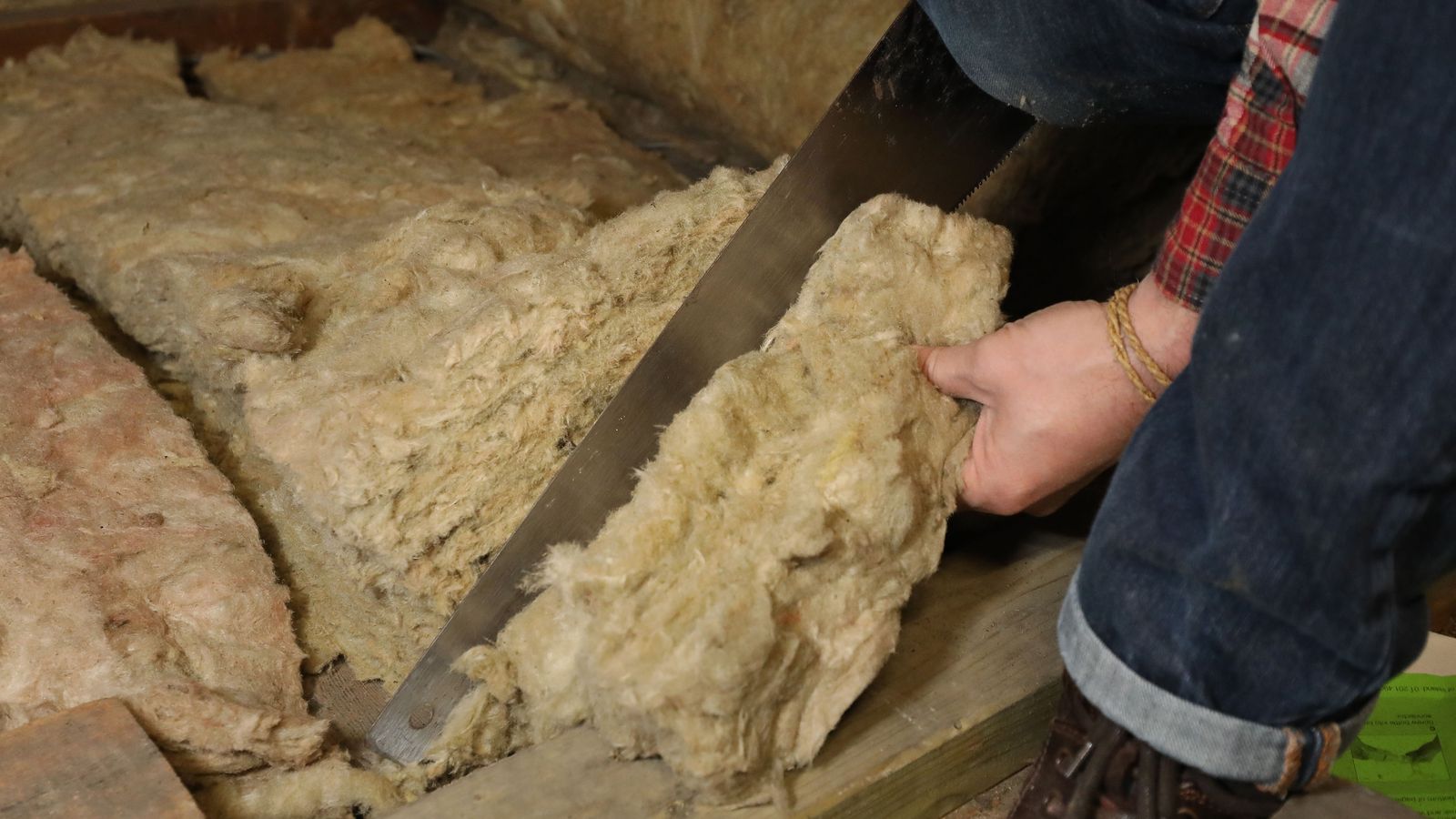 The government will spend an extra £1bn to insulate the least energy-efficient homes in the UK, the business secretary has announced.

Grant Shapps said the new Eco+ scheme was aimed at middle earners who do not benefit from any other government support to upgrade homes.

But Labour criticised it as a “reheated announcement with no new resources” and as “far too little too late”.

Is your home eligible?

Hundreds of thousands of households could receive loft and cavity wall insulation under the scheme, which will run for three years from spring.

A fifth of the funding will be targeted at the most vulnerable households.

Homes with an energy efficiency rating of D or below will be able to benefit from the scheme if they are in council tax bands A-D in England, A-E in Scotland and A-C in Wales.

The ECO scheme which is already in place already focuses on low-income and vulnerable households.

Mr Shapps told Sky News: “This money is for people who have not been able to benefit from the previous schemes and will help hundreds of thousands of homes.”

Public information campaign on how to reduce energy use

A new £18m public information campaign will also offer advice on how to reduce energy use in the home.

Guidance to be published on the help for households website said reducing boiler flow temperatures from 75C to 60C and turning down radiators in empty rooms could save a typical household £160 a year.

Mr Shapps said: “One of the tips, by the way, is something I’ve actually been able to use at home, which is called the boiler flow rate. And it’s actually on your boiler where you can turn the temperature down, which is often set too high at 75 degrees, for example, 60 degrees. This is not your thermostat. This is in the boiler itself. And it can potentially save you a lot of money.

“So it’s actually simple tips like that which we will be announcing and there’s an £18m campaign to back that as well. So lots of practical help physically improving people’s homes and also tips to make sure that people are able to save themselves money by being more efficient in the homes.”

A previous attempt to introduce such a campaign was blocked by Liz Truss’s administration over concerns it was too “nanny state”.

The government has set an ambition of reducing energy use by 15% by 2030 as it battles spiking energy prices caused by Vladimir Putin’s war in Ukraine.

But shadow climate change secretary Ed Miliband said: “This reheated announcement with no new resources is far too little too late and will help only a tiny fraction of the millions of people facing a cost-of-living emergency this winter.

“Labour’s warm homes plan would insulate up to two million homes a year, saving pensioners and families up to £1,000 off their energy bills.

“Rishi Sunak wants to crawl towards warmer homes and cheaper bills for our country. Labour will sprint for it – because that’s what the bills crisis demands.”

“This is a drop in the ocean compared to what people actually need to stay warm and well this winter and in the winters to come,” she said.

“At least £6bn is needed by the end of this Parliament for a nationwide insulation programme that will not only help reduce our emissions but will also reduce the terrible levels of fuel poverty in the UK.

“The sooner the government realises this and actually gets going the sooner we’ll have more affordable bills, more energy security and a more stable climate.”

‘The Last of Us’ Is Just the Beginning of Hollywood’s Big Video Game Gamble
Researchers Uncover New Bugs in Popular ImageMagick Image Processing Utility
Westminster’s ‘nepo babies’ are here to stay – whether we like it or not | Adam Boulton
Moments in Young Adult Novels That Made Me Feel Old
Juno Awards Rationalizes Arcade Fire Nomination: ‘Honouring the Rest of the Band for Their Success’