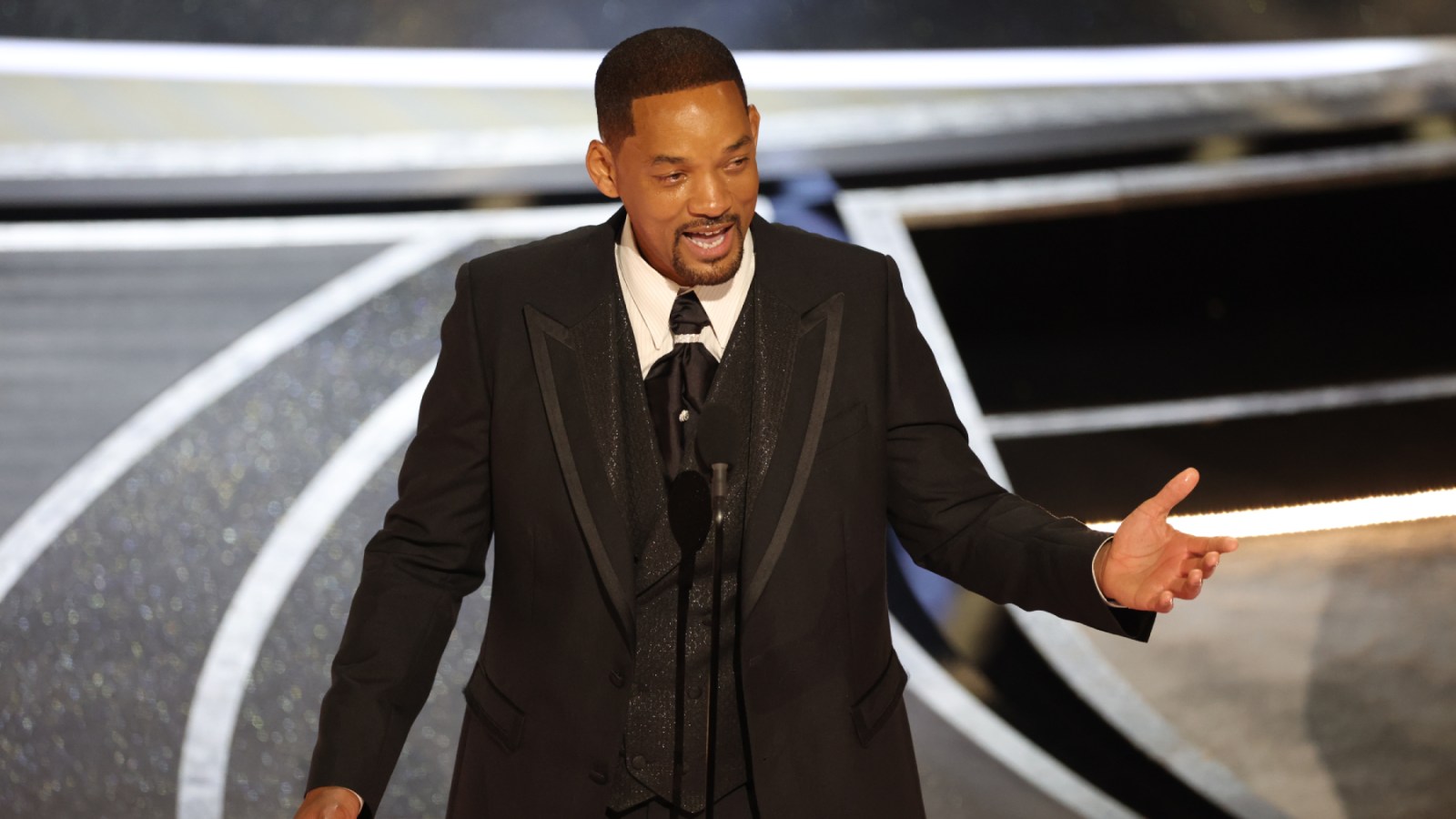 After shocking audiences by slapping comedian Chris Rock during a live broadcast of the Academy Awards, Will Smith returned to late-night television on Monday and sat down with Trevor Noah on The Daily Show.

The interview comes eight months after the Oscars controversy and series of online statements regarding the incident. When Noah asked Smith about his experience following the incident, Smith said it was a “horrific night.”

“There’s many nuances and complexities to it. But at the end of the day, I just — I lost it, you know?” the actor continued. “I was going through something that night, you know? Not that that justifies my behavior at all. It was a lot of things. It was the little boy that watched his father beat up his mother, you know? All of that just bubbled up in that moment. That is not who I want to be.”

Smith, who won an Oscar for best actor for his portrayal of Richard Williams in King Richard just minutes after the incident, also told the host, “I guess the thing that was most painful for me is, I took my hard and made it hard for other people.” When talking about what he learned in the months after, he also said, “I understood the idea when they say hurt people hurt people.”

Noah, who is leaving the show at the end of next week, offered his own perspective on the controversy.

“I love Chris. I’m friends with him. I love you, but this is fucked up. I know that as Black people, Black people get together and go, ‘What was Will doing? What the hell happened?’ Noah said. “A lot of Black people were like, ‘He should go to jail.’ Like, you need to relax yourself.”

“My nephew is nine. He is the sweetest little boy. We came home. He had stayed up late to see his uncle Will,” Smith recalled. “We are sitting in my kitchen and he is on my lap and he is holding the Oscar and he is just like, ‘Why did you hit that man, Uncle Will?’ Damn it. Why are you trying to Oprah me?”

The two also discussed Smith’s upcoming film, “Emancipation,” a film inspired by the story behind the 1893 “Whipped Peter” photos, including the infamous “scourged back” photo, which showed the back of a former slave named Gordon covered in scars from whippings. In an earlier video interview with Fox 5, Smith said he would “completely understand” if people aren’t ready to see Emancipation, but hopes “the power of the film” will overcome the headlines that have followed him all year.

Noah ended the interview by saying that the controversy “shouldn’t define” Smith’s legacy. “I don’t think any one of us in life deserves to be defined by our one fuck-up,” Noah told the actor.

Post Malone Says “There’s Nothing Stopping Me” When It Comes To Recording A Country Album
Parker McCollum Releases Music Video For Honky Tonk Heartbreaker, “Handle On You”
Dominic Raab should be suspended over bullying claims, says ex-Tory chair
Shop prices yet to hit their peak – despite record highs seen in January
25 Romance Novels for People Who Don’t Like Romance Novels