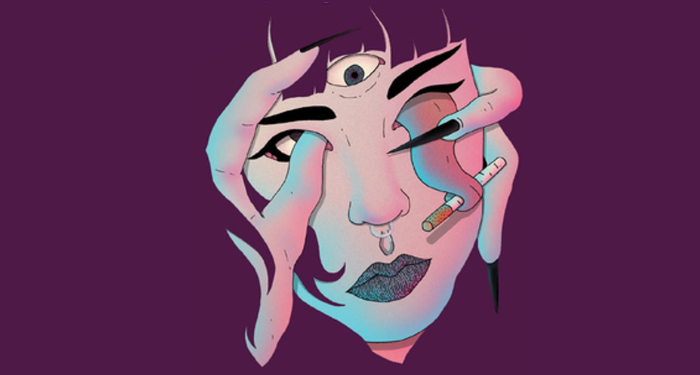 When I mention Latin American literature, your mind probably goes straight to magical realism, right? Thanks to the Latin American Boom of the ’60s and ’70s which consists of authors like Gabriel García Márquez, Julio Cortázar, and Jorge Luis Borge, our region is almost synonymous with magical realism in terms of literature. After all, that genre was one of the hallmarks of this boom — which was mostly led by male authors. But things have been changing a lot lately. I don’t know if you’ve noticed yet, but a new boom of horror is coming from Latin America, especially with stories written by women.

I’m not gonna lie, I disagreed with Mariana Enríquez when she said that there’s no horror tradition in Latin America. At least in my country, Mexico, authors like Amparo Dávila, Guadalupe Dueñas, and Inés Arredondo have written darker stories that certainly toe the line with horror since the 1950s. Yet, I do think we’re now building a new canon — one that has been prolific enough that I’m confident calling it a second literary boom. And I’m not the first to do so. Newspapers like The Guardian and The New York Times have written about it as well. There’s no question about there being a new boom, but why horror? And who’s writing about it?

The Boom of Horror From Latin America

First, I have to address why there seems to be an absence of horror in our literary tradition. There is horror in Latin America. Plenty of it. Just look at our oral traditions, which are certainly full of ghosts and other terrifying creatures. But I think the reason why it doesn’t feel like there’s horror in literature is simply because it’s been misclassified. Horror is mostly associated with the paranormal, and therefore it can be seen as something dark but magical. If enough people still associate our stories with magical realism, it can firmly stay in that category despite it having elements of horror. The second reason, to me, is that horror can be very contextual. What might be fear-inducing in my country might not inspire the same response in others. And after all, the point of horror is to make us uneasy, anxious, or even afraid.

Why horror? That’s easy. We write horror because it’s what we know. Writers of this boom have used this genre to showcase our own everyday horrors. Take Witches by Brenda Lozano for example. One of the book’s themes is femicide in Mexico — a country in which 10 women are killed every day. Or there’s Samanta Schweblin’s Fever Dream, which explores how toxic waste and pesticides have affected the country. Don’t even get me started on Mariana Enríquez and her two short story collections, Things We Lost in the Fire and The Dangers of Smoking in Bed. They’re full of everyday horrors and often have a seemingly supernatural twist. Her novel, Our Share of Night will hit the shelves in English in February 2023 — and it’s set during and after Argentina’s horrible dictatorship.

So that’s three Latin American women who write horror: Mariana Enríquez, Brenda Lozano, and Samanta Schweblin. But they’re certainly not the only ones — not even the only ones who have been translated into English. Mónica Ojeda’s Jawbone certainly fits the bill, as does Dolores Reyes’ Eartheater. Tender is the Flesh by Agustina Bazterrica is amazing. Equally thrilling are Hurricane Season by Fernanda Melchor, Cockfight by María Fernanda Ampuero, and The Children by Carolina Sanín — to name a few.

Then there are other writers who haven’t been translated into English, like Giovanna Rivero, Solange Rodriguez Pappe, or Mónica Bustos. But because of this boom of horror in Latin America, I’m sure we’ll get their translations soon. That’s actually my favorite thing about this boom: because more and more people read and write horror in Latin America, more publishers are translating and publishing these books in English. This opens up a whole new readership to the authors, which in turn helps them write more stories. It’s like a monster straight out of these horror books. The more it feeds, the bigger it gets — and boy do I want this particular monster to be ginormous.

This boom of horror in Latin America has been brewing for years, although these books’ translations have been more recent. That leads me to believe that this is just the beginning — and their best moment is yet to come. So, what’s next? Hopefully, certainly, what comes next are many more horror stories written by Latin American authors. Both in Spanish and in translation.

Before you leave, why don’t you check out more horror books written by Latine authors? They’re not the only ones we’ve covered, either. And if you dive into our Horror Archives, I’m sure you’ll find plenty of frights for your TBR!

OnePlus Pad Teased to Come With Magnetic Keyboard, Stylus, Design Suggested Through Purported Render
The Year Just Started and Cops Have Already Killed At Least 7 Unarmed People
Shop prices yet to hit their peak – despite record highs seen in January
Throwback To Tyler Childers Letting It Rip With Acoustic Performance Of “Charleston Girl”
Behead Your Wife, But Don’t Tweet By Howard Bloom