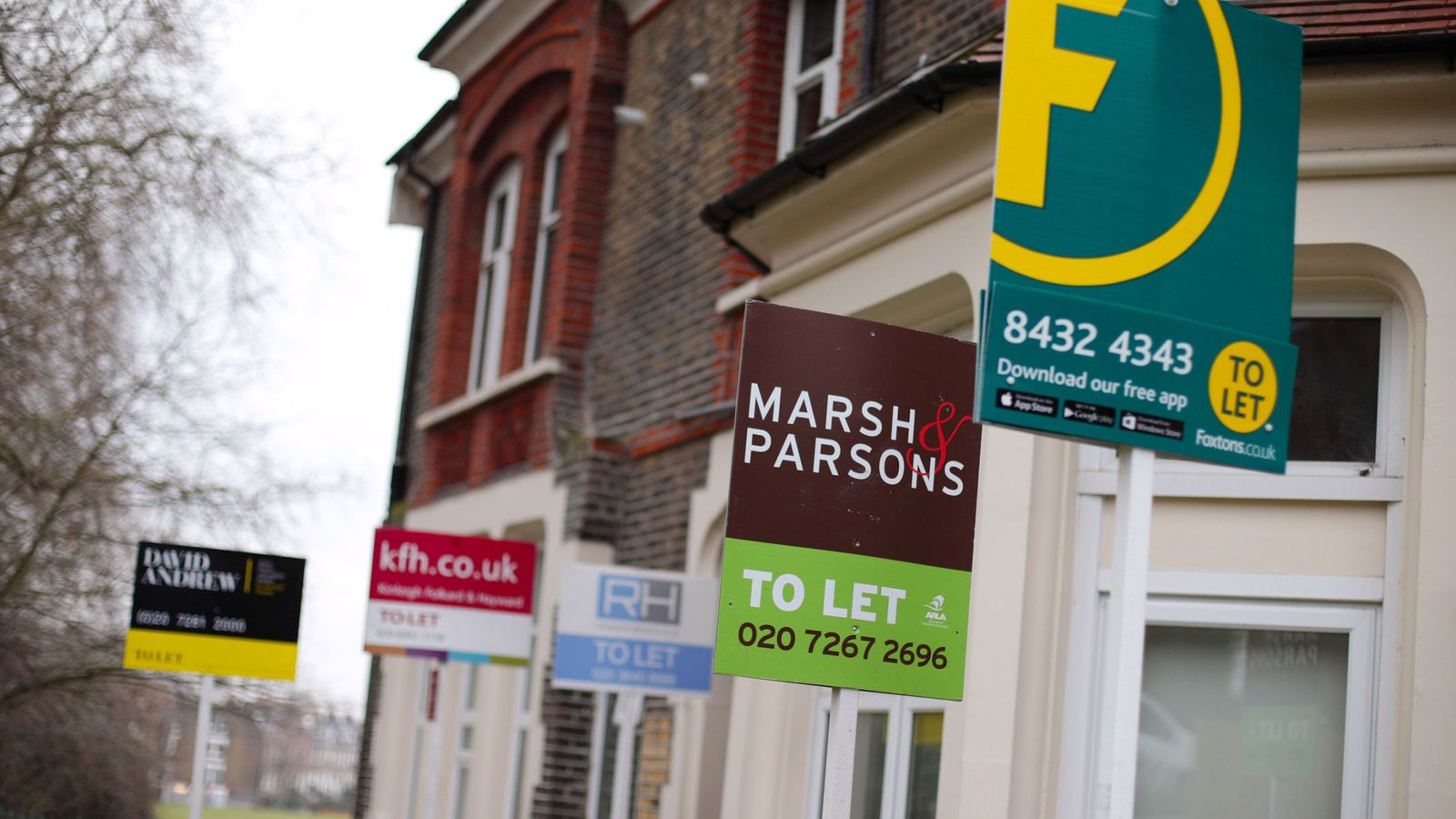 The number of landlords selling up has risen by nearly 13% in four months, Sky News has learned.

The statistics, given to us by the estate agents trade body Propertymark, show an increase from July to October.

Why should we care what happens to landlords?

In basic terms, if the landlord exodus continues we could end up with a housing crisis on our hands.

That is mainly because we have, as a country, become over-reliant on the private rental sector.

“Generation rent” is no longer your stereotypical “twenty-something” professional.

Now it’s made up, increasingly, of older generations, even pensioners, alongside a rising number of “social” tenants.

Government figures show more than 25% of households renting privately are in receipt of housing benefits.

That is, quite simply, because we do not have enough social housing.

As a result we are seeing different “groups” of people converging, and all competing for the same space within the rental sector.

A lack of affordable housing is, at the same time, exerting pressure from another direction.

Despite a housing market dip with property prices falling, many households aspiring to own their own property are unable to save up.

Read more:
Nearly one million private renters in England under threat of eviction
No-fault evictions driving up homelessness rates in north of England

Yoana Miteva, a British citizen who moved from Bulgaria to England twelve years ago, describes it as “mission impossible”.

She has been working full time, even taking on a second job, to try to put money aside.

Rent rises have meant added financial pressure forcing her to move home, in addition to energy bills, the cost of living, and house price inflation overall,

Tearful, she tells me she feels “like a hamster in a wheel…running and running, I’m trying to run faster, taking a second and third job, and I’m still well behind”.

The main reasons for landlords selling are down to mortgage rate rises and government legislation.

Read more:
Why I am one of the many landlords thinking of leaving the business

Nathan Emerson, CEO of Propertymark, describes the private rented sector as “invisibly buckling” under increasing pressure for a while.

He says if the sector doesn’t work for a landlord “they will simply sell, meaning there’s one less home for a tenant”.

Landlords themselves are asking for the government to step in and change the rules to help make it easier to create “viable” businesses.

Sean Gillespie, a landlord in Hull, says his colleagues are “jumping ship” because their rented properties are financially “unsustainable”.

He asks: “How can landlords survive? They survive by putting rents up.”

Government rules are being blamed, specifically “Section 24”, for tax increases which mean it’s no longer possible to offset business costs.

Mr Gillespie says it is “absolutely destroying” the sector.

“We can’t change the interest rates at the moment,” he adds, “but we can repeal Section 24 which is the increased taxation since 2015… if landlords don’t make any money, they can’t run a business, can’t provide housing, can’t repair houses.”

They may be generally unpopular, often vilified, but we need landlords.

If they disappear in increasing numbers, the question remains, without enough social or affordable housing – where will people live?