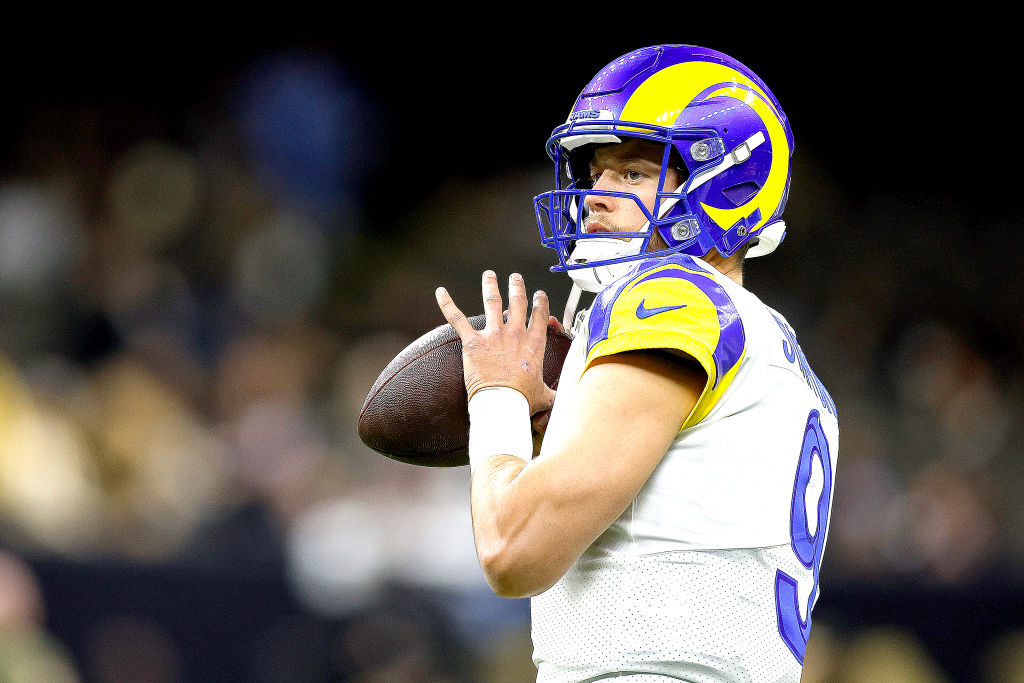 In the words of Micheal Ray Richardson, “The ship be sinking.”

The defending Super Bowl champion Los Angeles Rams have suffered yet another blow to their hopes for this season, forced to put quarterback Matthew Stafford on injured reserve today with a neck strain.

Stafford could conceivably return by the penultimate game of the season in Week 17. But with the Rams sitting in last place in the NFC West with a 3-8 record, it’s unlikely that game will have any meaning to the team’s playoff chances.

On the other side of the ball, defensive tackle Aaron Donald will also miss Sunday’s game, the first time in his career he has not played because of an injury.

Stafford signed a four-year, $160 million extension with the Rams in March. He had elbow surgery in the off-season as well, and missed a game while in the concussion protocol.

Adding insult to injury, the Rams will owe the Detroit Lions their No. 1 draft pick in 2023 as part of the trade that brought Stafford to Los Angeles.

The Rams will host the first-place Seattle Seahawks Sunday at 4:05 p.m. ET.