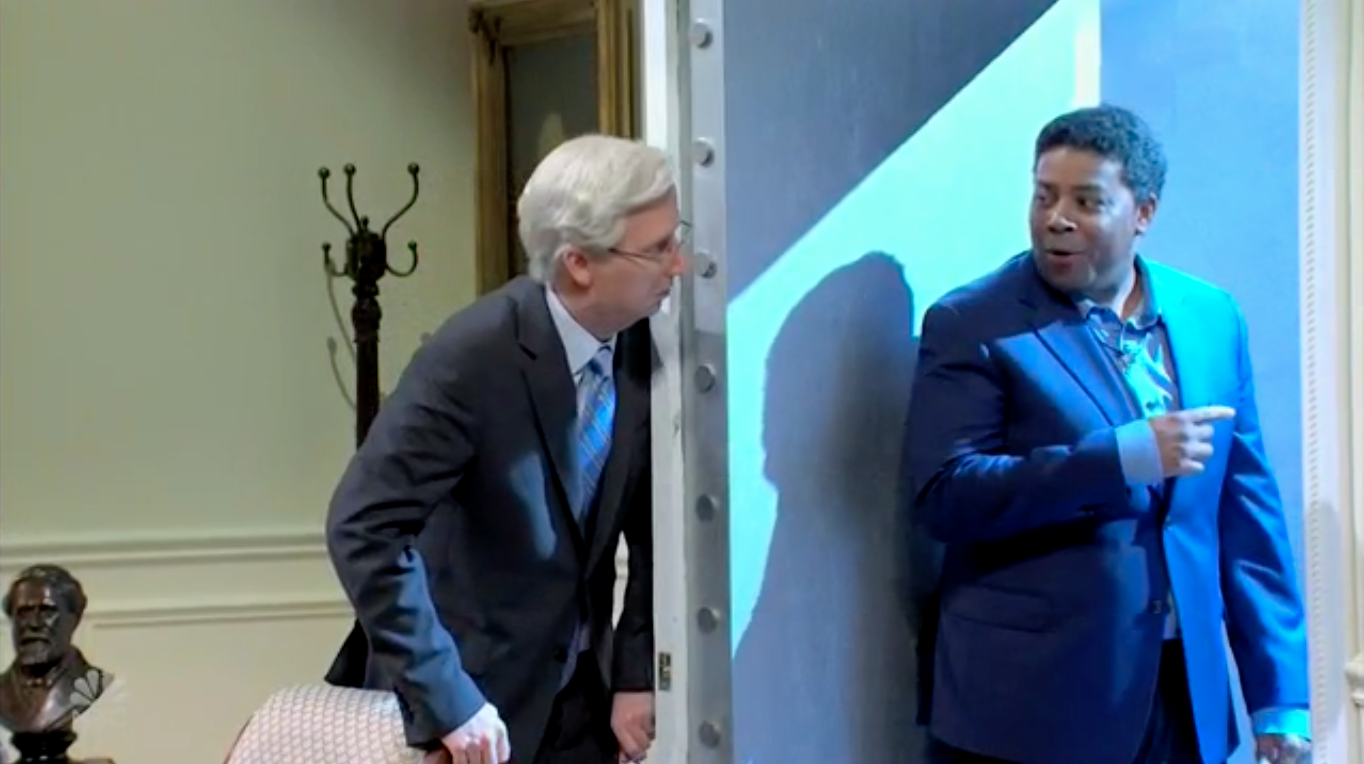 Saturday Night Live‘s last episode before the Georgia Senate runoff began with concerned Republicans in Congress figuring out what to do with candidate Herschel Walker in order to boost their chances of capturing the Democratic-held seat.

“I’m sorry I’m late,” Thompson began. “I was having too much fun in that free merry go round y’all got out front.”

“That’s a revolving door, Herschel. Have a seat,” Johnson replied.

When Strong stressed the importance of the runoff race against Sen. Raphael Warnock, Thompson appeared confident.

“Well, I’m good at those. My ex-wife said all I do is run off,” he said, alluding to the multiple reports of Walker’s less than stellar relationship history.

“The election is this Tuesday,” Johnson reminded him. “They’ve already started counting votes by mail.”

“Right,” Thompson responded. “But you got to remember: they still got to count votes by female.”

After Thompson made other gaffe-like comments reminiscent of actual quotations from Walker, like about the differences between vampires and werewolves, the three senators held a private meeting by tossing a blanket over Walker’s head so he could fall asleep “like a parakeet.”

“So just to be clear, our last hope to win this year is Herschel Walker?” Day asked incredulously.

The group’s “Plan B,” it turns out, was Johnson luring Thompson into what was once his panic room, shutting the door behind him — “just ’til Election Day.”

“Why am I already in there?” Thompson asked, unaware that he was looking at a mirror.

We Met TikTok’s ‘Scar Girl’ in Person. The Official Ruling? She Doesn’t Owe You Sh-t
Sunak survives first 100 days, but there is little warm glow around leadership | Beth Rigby
How US shot down China’s ‘spy balloon’ with a single missile – and what was likely on it
Sony Pictures Entertainment Records $179M Q3 Profit; Corporation Names Hiroki Totoki Group President & COO
‘It changed me’: The investigation into one of history’s worst space disasters – and its legacy