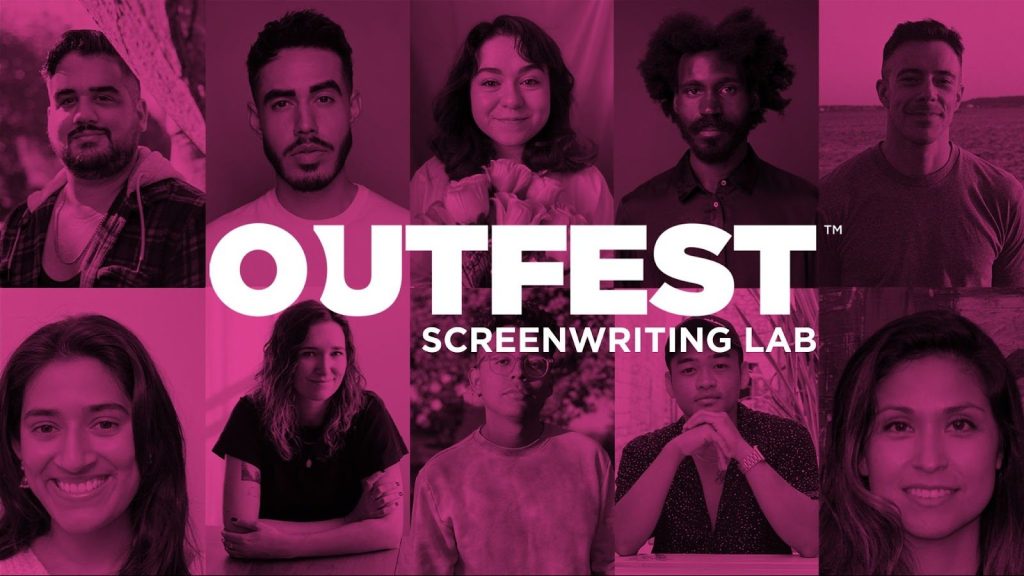 EXCLUSIVE: Outfest has selected ten queer and transgender writers from diverse backgrounds for its 2022 Screenwriting Lab.

“The Outfest Screenwriting Lab is a testament to the power of community. An all LGBTQIA+ experience, the entire Lab is for us, by us,” said Outfest Educational Programs Manager, Kieran Medina. “Across 25 years, Outfest has created a community of creative and professional support where queer, trans and nonbinary storytellers and stories can be held with care and understood in full bloom.”

“Outfest’s Screenwriting Lab is a critical part of the organization’s larger vision of cultivating belonging for queer, trans and nonbinary creators by facilitating mentorship to support a sustainable creative journey,” added the nonprofit’s Artist Development Director, Martine McDonald. “It’s care-driven storytelling like this that transforms our communities, creative industry and wider world.”

The 2022 Screenwriters Lab is being run in partnership with Netflix’s Fund for Creative Equity. It was developed by Outfest board members Zackery Alexzander Stephens, Kyle Schmitz, Ranard Caldwell and Valerie Stadler, along with former Outfest board member Cora Olson, Outfest Educational Programs Manager Kieran Medina and Outfest Director of Artist Development Martine McDonald.

Through its partnership with Netflix, Outfest has expanded access to the program by waiving submission fees for all applications, with the companies also to provide career sustainability grants to help financially support each of the fellows. Through this expanded access, the Outfest Screenwriting Lab received a record number of over 900 submissions, more than double the amount received in 2021.

Read more about the 2022 Screenwriting Lab fellows and their projects below.

Bri J. Hernandez is a twenty-three year old Latine writer and director. Working since they were sixteen, Bri has spent the past seven years developing their skills as a creator by producing their own projects utilizing art, theatre, and film. As an advocate for many social rights issues, Bri has prioritized creating material that fosters new conversations and helps amplify the voices of queer people of color. Their work primarily focuses on coming of age, friendship, and identity. They currently live in Austin with their two best friends and their cats.

A closeted teenage transgender boy must keep his secret life as a male garage band singer away from his traditional Latino family.

Donovan Tolledo is a NYC-based writer and producer born in Saudi Arabia and raised in the Philippines and Chicago. His written work often centers around the Asian-American experience, tackling immigration, sexuality, and masculinity. He received his MFA from Columbia University in May 2022. His work at Columbia has screened at Newfest, and his thesis short Fat Lip received support from Panavision New Filmmakers Program, was nominated for a National Board of Review student grant, and is currently on the film festival circuit.

Nerdy Asian-American middle schooler, Benjie, falls for a rebel sk8er boi. To gain his attention, Benjie must ditch his immigrant geek persona and transform into a radical, emo, all-American teen.

Estevan is a queer, first-generation Mexican-American writer, director, and actor born and raised in South-Central Phoenix, Arizona. Estevan writes human experience dramas that explore sexuality, nostalgia, and otherness. He is the co-host of the comedy podcast Your Gay Cousins with Michael & Estevan. Most recently, he wrote on Love In Gravity, a queer anthology audio drama series. Previously, Estevan was the Writers’ Assistant and co-wrote an episode of the character-driven sexual assault drama, Long Slow Exhale (Spectrum). He was also the Writers’ PA on season 2 of LA’s Finest (Spectrum/Fox). Estevan began his career as a Manager of Television Development and Programming at Dick Clark Productions, penning red carpet specials and award shows. He was in the inaugural 2021 Sony Pictures Television Studio’s Emerging Writers’ Program and Estevan’s original drama pilot X was named the winner of Script Pipeline’s 2020 TV Writing Competition. Estevan received his BFA in Film & Television Studies from The University of Arizona and currently resides in Los Angeles.

This semi-autobiographical dramedy follows a Chicano & his husband who return to Arizona for a quinceañera, but when his conservative mother discovers PrEP in his luggage he must come clean about his open relationship as family secrets are exposed.

James Acker grew up in New Jersey, and he’s based his entire personality off that fact. In 2003, a joke of his was published in Nickelodeon Magazine. After a brief hiatus from writing, he won the 2020 Academy of Motion Picture Arts and Sciences Nicholl Fellowship for his screenplay SADBOI. His young adult sports romance The Long Run will debut Feb ’23. When he’s not writing, James lives in Los Angeles with his wonderfully supportive partner and his two recurring stress dreams.

Thrown out of the house, an emotionally-stunted high schooler must revisit old friends and repair burnt bridges all in the name of finding a place to sleep.

Joseph Sackett is an award-winning filmmaker who has written, directed, and produced projects that have screened in competition at the Festival de Cannes, Outfest, Slamdance, and the Rooftop Films Summer Series among others. He received his MFA in Screenwriting and Directing from NYU Tisch Graduate Film. He was named as one of Filmmaker Magazine’s “25 New Faces of Independent Film 2020” and is a 2022 Marth MOCA Resident through The Cabins Collaborative. His first feature, HOMEBODY, premiered at Outfest LA where he won the Emerging Talent Award. He is currently in development on his next feature, Cross Pollination, which was named to the NYU Purple List 2022.

A queer sci-fi rom-com about an alien who falls in love with a human.

Katie Heaney is an author, screenwriter, and journalist based in Los Angeles. She has written six books, including the memoirs Never Have I Ever and Would You Rather?, and the novels Dear Emma (a modern adaption of Jane Austen’s Emma), Public Relations (currently optioned for film), Girl Crushed, and The Year I Stopped Trying. Her 2018 Modern Love essay “Am I Gay or Straight? Maybe This Fun Quiz Will Tell Me” was adapted for the Amazon Modern Love TV series in 2021. My Ex-Wife’s Wedding is her first feature script.

When a recently divorced lesbian learns her ex-wife is (already!) getting married again, she has to scramble to find a date she can present as her girlfriend to prove SHE’S doing just fine, too, thanks.

Paloma Riojas is a queer chingona who strives to create stories that authentically explore the complexities of being human. She’s been on the Black List Latinx TV List and the inaugural Mentorship Matters writers’ program in collaboration with Netflix, HBO, and Amazon. Paloma is currently developing shows with Cedar Park Entertainment and SB Projects. She’s been a Writers’ Assistant for Showtime and Paramount+ and previously was a development executive. Her work has premiered at Sundance and Cannes. Paloma has an MFA from the USC School of Cinematic Arts. She is represented by UTA and Frankfurt Kurnit Klein & Selz PC.

Dr. Luz Garza is a brilliant scientist wrongfully accused of murder who becomes a fugitive when she discovers her twin, who died ten years ago, is still alive. On a mission to find her sister, Luz and her loyal allies are pulled into a compelling conspiracy connected to Luz’s past, present, and future.

Riya Saxena is a South Asian American writer, stand-up comedian, and improviser based in Chicago. She trained in improv at the Second City and studied writing at the Comedy Lab. Currently a first-year medical student at Northwestern, Riya has continued to write and perform. Most recently, she performed at the Second City as part of the “Evergreen” improv team. As a writer, Riya aims to provide genuine representation and precipitate intergenerational dialogue about differences within the South Asian community. Inspired by Bollywood, her writing integrates magic realism while centering around the lived experiences of the South Asian community.

Heartstopper meets Never Have I Ever when a chaotic South Asian teen trio accidentally turns matchmaker for their community and must navigate outdated traditions, growing friendships, and modern day love.

Rubén Mendive is a queer, formerly undocumented, Mexican immigrant raised on the South Side of Chicago. He was a writer/producer for Brown & Out V, a queer Latinx play festival, at Casa 0101 Theater in 2019 and a TV Writing Mentee in Lena Waithe’s 2022 Hillman Grad Mentorship Lab. He is also the host of La Lista: A Latinx Writers Podcast, a platform dedicated to connecting & highlighting Latinx voices in media. His writing deals with themes of immigration, queer identity & racial politics in America. He is currently based in Los Angeles.

A documentary crew follows the misadventures of an openly queer, Latino on the Chicago City Council as he tackles personal & old school politics.

Vernon Jordan, III is a Philly-born ‘n raised writer, filmmaker, poet, and teaching artist. As an afrofuturist, he expands upon African American memories, dreams, hauntings, queer kinship, and intimate fluidity; his priority is the merging of the visual and the musical: a Visual Lyricist. With a BA from Muhlenberg College (’16) and a MFA from Brooklyn College (’19), he’s currently the Assistant Director of Programs at cinéSpeak and a Professor of Screenwriting aka Poetics of the Screen at Moore College of Art and Design. Their 2022 short film, One Magenta Afternoon, has played at 7 film festivals across the US and 2 internationally.

Lavender Boy is a semi-autobiographical coming of age feature film about a young boy who is queered by his ancestral ability to see ghosts. But when his Pop Pop passes away, the young boy is left to figure out this gift on his own and help a queer spirit on the journey to reconnecting in love.