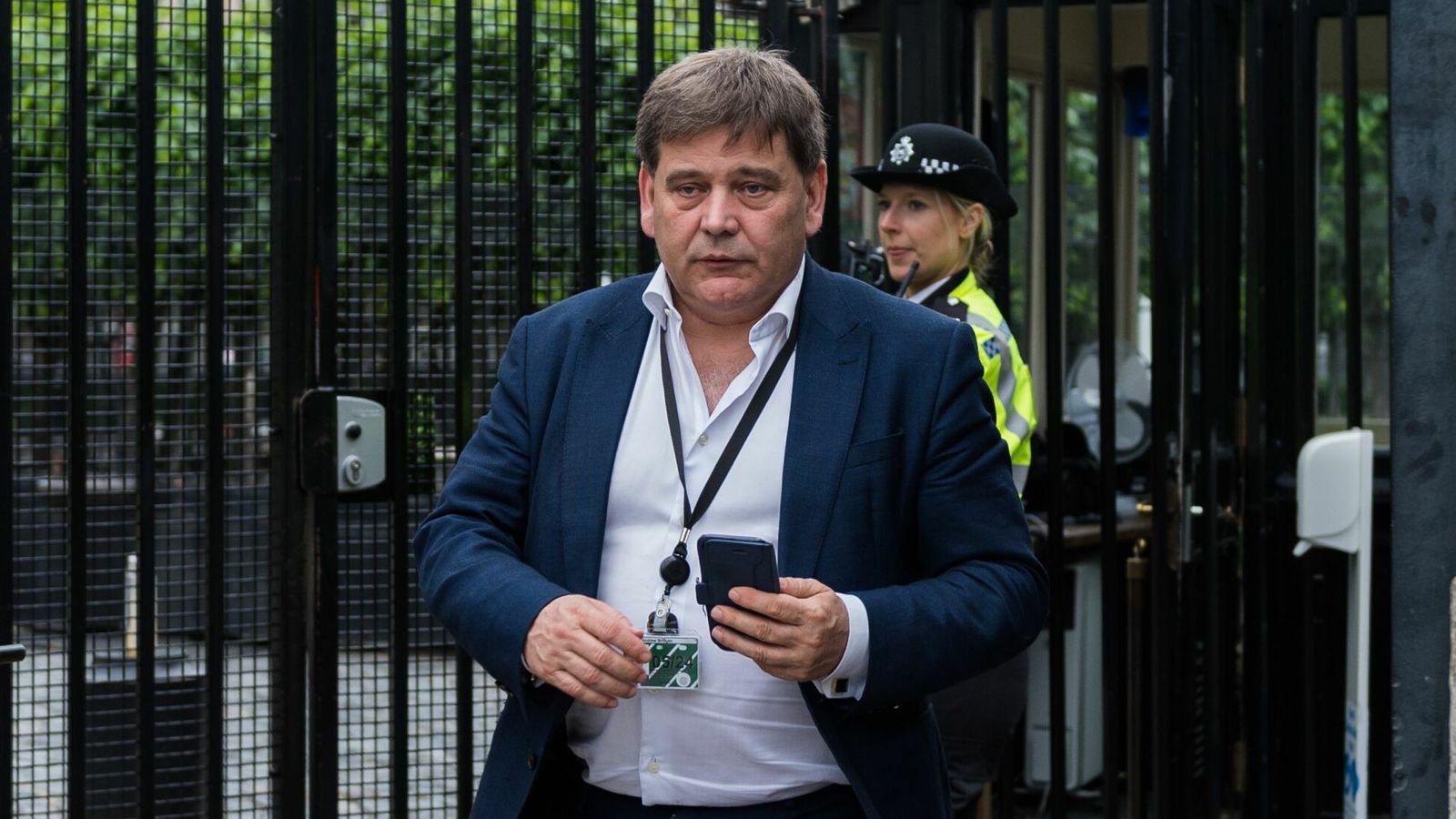 Prominent backbencher Andrew Bridgen is no longer a Conservative MP after he compared the COVID vaccine to the Holocaust.

Mr Bridgen claimed COVID vaccines “are causing serious harms” and said the programme was “the biggest crime against humanity since the Holocaust”.

“As a nation we should be very proud of what has been achieved through the vaccine programme. The vaccine is the best defence against COVID that we have.

“Misinformation about the vaccine causes harm and costs lives. I am therefore removing the whip from Andrew Bridgen with immediate effect, pending a formal investigation.”

Having the whip removed means Mr Bridgen is no longer a Conservative MP but is now an independent MP.

The MP for North West Leicestershire is already serving a five-day suspension from the Commons for breaching lobbying rules and suggesting the woman investigating him could be swayed with a peerage.

In a tweet today he posted a vaccine efficacy chart with the caption: “As one consultant cardiologist said to me, this is the biggest crime against humanity since the Holocaust.”

“Obviously, it is utterly unacceptable to make linkages and use language like that, and I’m determined that the scourge of anti-Semitism is eradicated.

“It has absolutely no place in our society. And I know that the previous few years have been challenging for the Jewish community, and I never want them to experience anything like that ever again.”

And Sajid Javid, who was health secretary during the pandemic, called the comment “morally repugnant” and said it is “dangerously wrong to imply the many good people who played their part in it are part of some kind of conspiracy”.

Mr Bridgen’s comment comes about a fortnight before Holocaust Memorial Day on 27 January.

Reacting to Mr Bridgen having the whip removed, John Mann, the government’s independent anti-Semitism adviser, said: “There is no possibility that Bridgen can be allowed to stand at the next election.

“He cannot claim that he didn’t realise the level of offence that his remarks cause.”

Read more
Sunak reveals he is registered with NHS GP – but went private ‘in the past’
‘The next big scandal’: Informal groups of MPs given £20m from external organisations since 2019
Boris Johnson ‘joked he was at most unsocially distanced party in UK’

About 20 million lives were saved by the COVID vaccine in its first year, Imperial College London research published in June last year found.

The Imperial research suggests another 600,000 deaths could have been avoided if a World Health Organisation (WHO) target of vaccinating 40% of the global population by the end of 2021 had been met.

The State of Diversity in the Publishing Industry
We Met TikTok’s ‘Scar Girl’ in Person. The Official Ruling? She Doesn’t Owe You Sh-t
Man Who Allegedly Used Dating Apps While Target of Manhunt Dies in Custody After Standoff
Honor Magic 5 Series, Magic Vs To Make Global Debut At MWC 2023
Grand Ole Opry Unveils First Redesigned Stage In Over 20 Years With Performances From Jon Pardi, The Oak Ridge Boys & More