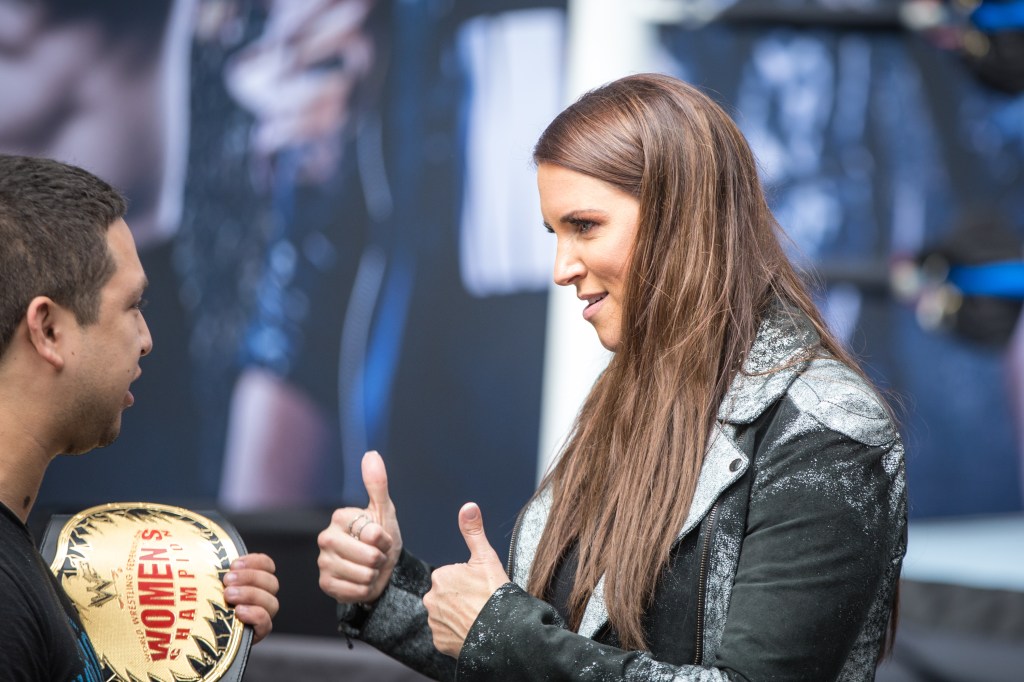 Stephanie McMahon said Tuesday she’s stepping down as co-CEO of WWE, the week after her father Vince announced plans to return as executive chairman to oversee the next round of rights deals and a possible sale.

The younger McMahon made the announcement via Twitter. Former longtime CEO Vince McMahon resigned in July amid a scandal over payouts to women. Upon his re-entrance last week, he rejiggered the company’s board of directors — adding himself and two allies and ejecting three other directors — but said he would leave management intact. He’s WWE’s controlling shareholder with an 80% stake.