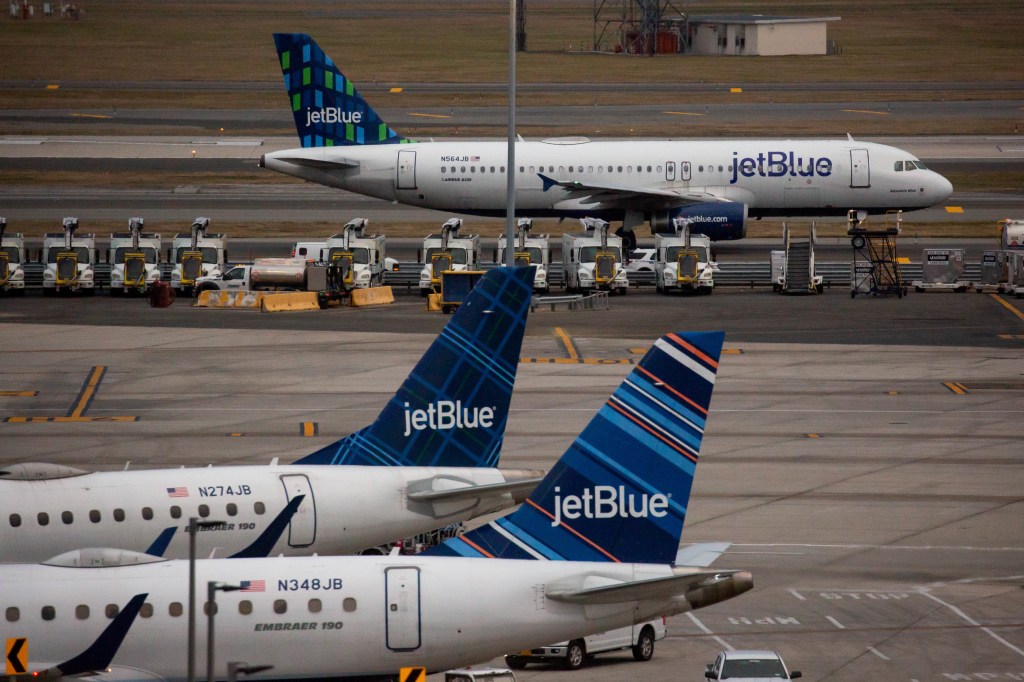 UPDATE: President Joe Biden said that the Department of Transportation does not know yet what caused a major computer outage that grounded flights in the U.S., as reporters pressed him on the possibility of a cyberattack.

“They don’t know what the cause of it is. They expect in a couple of hours they’ll have a good sense of what caused it and will respond at that time,” Biden said.

The FAA said shortly after 5:51 AM PT/8:15 AM ET that departures have resumed at Newark and Atlanta airports and that they expect departures to resume at other airports at 6 AM PT/9 AM ET.

The unusual systemwide failure naturally drew the attention of major network morning shows and cable news networks, which quickly dispatched correspondents to the nearest airports to gauge the impact.

“You’re going to see a ripple effect all into today and well into tomorrow,” said Captain John Cox, an aviation analyst, on MSNBC.

The FAA also said that all flights currently in the sky are safe to land. “Pilots check the NOTAM system before they fly. A Notice to Air Missions alerts pilots about closed runways, equipment outages, and other potential hazards along a flight route or at a location that could affect the flight,” the agency said.

PREVIOUSLY: Air travel across the U.S. has been disrupted this morning after the Federal Aviation Administration experienced a major computer outage.

All flights were grounded following the incident, according to NBC News, leaving thousands of customers grounded across the country with no clear timeframe on when things will return to normal.

A statement from the FAA said it was “working to restore its Notice to Air Missions [NOTAM] system.”

“We are performing final validation checks and reloading the system now. Operations across the National Airspace System are affected. We will provide frequent updates as we make progress,” the statement, released at about 3.30am PT noted.

A follow up message released on Twitter about said that “while some functions are beginning to come back on line, National Airspace System operations remain limited.”

With no timeline in place for the NOTAM system being fully restored, air travel will be unpredictable today at the very least.

According to flight tracker FlightAware.com, more than 1,200 flights have been delayed “within, into or out” of the U.S. today.

American Air tweeted to the outage was “impacting all flights including all carriers,” while United Airlines said it had “temporarily delayed all domestic flights.”

The disruption follows on from the air travel chaos sparked by storms on the East Coast over the turn of the year, which saw thousands of flights cancelled due to the weather.