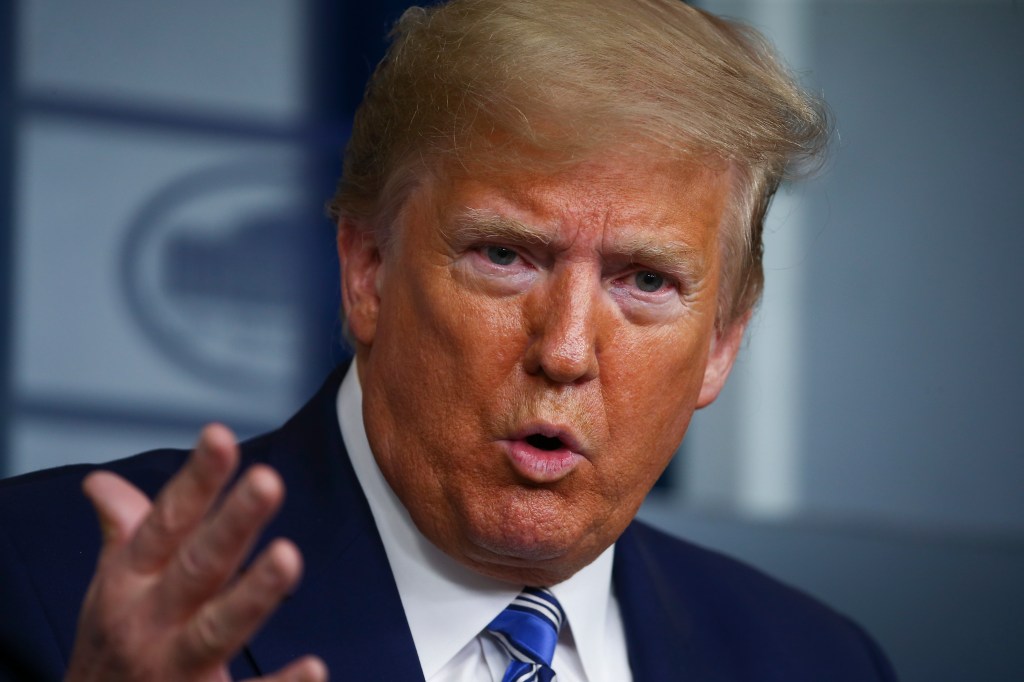 UPDATE: A New York judge handed down a maximum fine of $1.6 million to the Trump Organization after the company was found guilty last month of criminal tax fraud and other charges.

The judge,  Juan Manuel Merchan, imposed the sentence on Friday, per the AP.

Former President Donald Trump was not charged in the scheme. A jury last month found that CFO Allen Weisselberg and other executives at the company received compensation in the form of “off the books” personal expenses which went unreported on tax forms.

Weisselberg was sentenced earlier this week to five months in jail, after he earlier pled guilty in the case.

PREVIOUSLY, Dec. 6: A New York jury has found the the Trump Organization guilty of tax fraud and a series of other charges.

The jury found that two entities of Trump’s business were found guilty of the criminal tax fraud charges, which also included scheme to defraud, conspiracy, and falsifying business records. The sentencing is scheduled for Jan. 13, with a maximum penalty of $1.6 million, according to the Associated Press.

Trump himself was not charged in the case, but Manhattan District Attorney Alvin Bragg noted that the juror rendered the first criminal convictions against Trump’s companies.

“This was a case about greed and cheating. In Manhattan, no corporation is above the law,” Bragg said in a statement. “For 13 years the Trump Corporation and the Trump Payroll Corporation got away with a scheme that awarded high-level executives with lavish perks and compensation while intentionally concealing the benefits from the taxing authorities to avoid paying taxes. Today’s verdict holds these Trump companies accountable for their long-running criminal scheme, in addition to Chief Financial Officer Allen Weisselberg, who has pled guilty, testified at trial and will now be sentenced to serve time in jail.”

Weisselberg pleaded guilty in August to 15 charges related to tax fraud and evasion. The plea required that he testify against the Trump Organization, albeit not Trump himself. But during the trial, prosecutors referred to Trump’s role, accusing him of sanctioning the fraud.

At the heart of the case were claims that Weisselberg and other executives at the company received compensation in the form of “off the books” personal expenses which went unreported on tax forms. Prosecutors claim that Weisselberg received about $1.76 million in unreported compensation that included rent for a luxury apartment and a Mercedes Benz for he and his wife, as well as payement of hus grandchildren’s private school tuition.

The conviction is just one aspect of mounting legal woes facing Trump, who announced his 2024 presidential run. He has since faced considerable criticism for hosting Kanye West and white nationalist Nick Fuentes, who traffic in antisemitism, for dinner at Mar-a-Lago. Over the weekend, Trump called for the “termination” of the Constitution to do a rerun of the 2020 presidential election after reports surfaced about Twitter’s content moderation during the campaign that year.

New York Attorney General Letitia James, who worked with the Manhattan D.A. on the case and has filed a separate fraud lawsuit against the company, Trump and his children, said in a statement, “We can have no tolerance for individuals or organizations that violate our laws to line their pockets.”

Here are the Best LGBTQ YA and Kids’ Books of 2022, According to ALA’s Rainbow Round Table
You Don’t Know Where Your Secrets Are
Brad Paisley & Caylee Hammack Lay Down Killer “Whiskey Lullaby” Performance On The Grand Ole Opry
LAUSD launches mentorships for homeless, absent and struggling students
How Ticketmaster & Live Nation Control The Live Music Industry