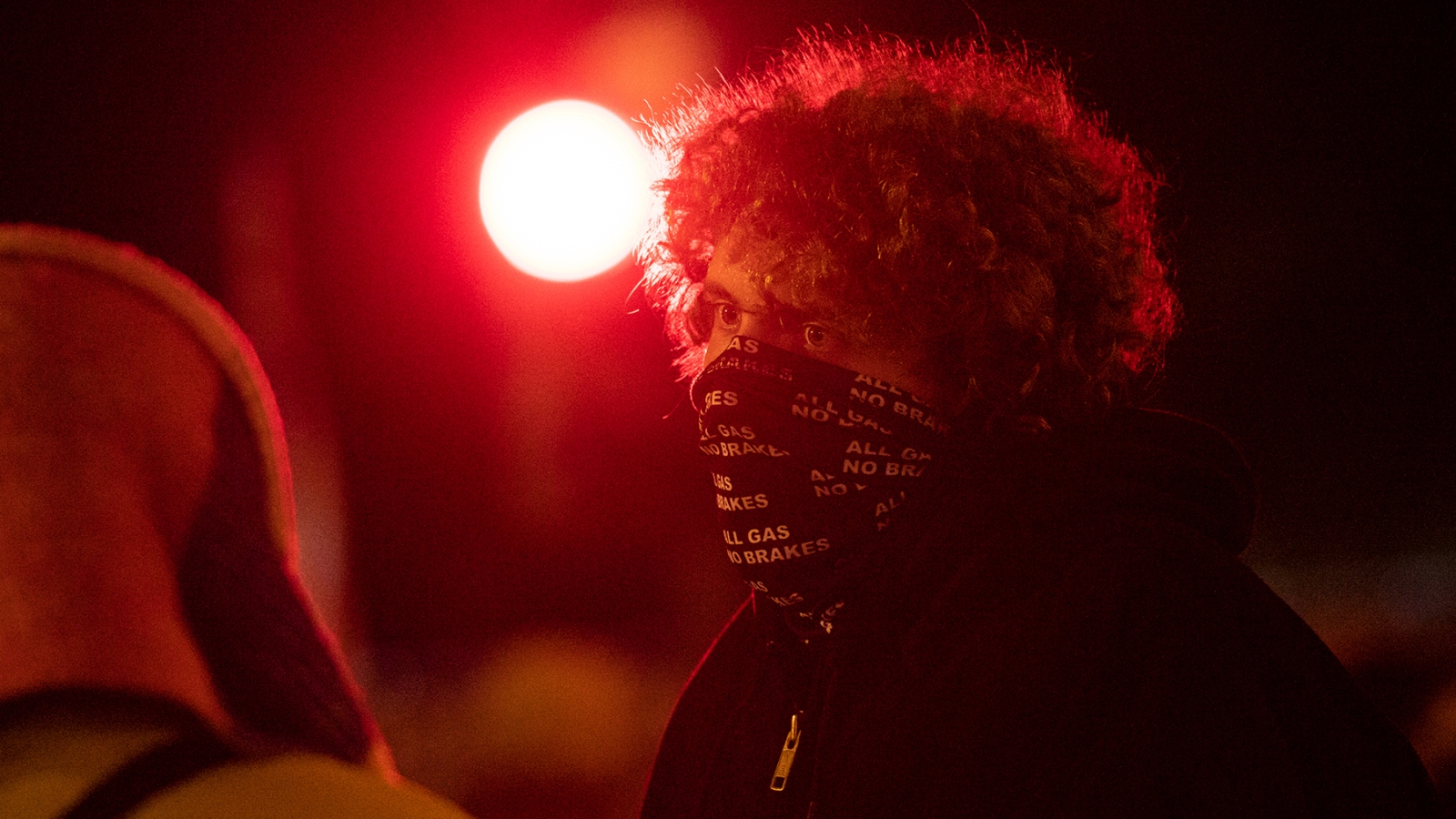 On his YouTube channel Channel 5 and in his recent HBO Max documentary This Place Rules, 25-year-old Andrew Callaghan has amassed millions of fans as a goofy, deadpan interlocutor, highlighting the absurdities of modern culture. His straight-faced interviews with fringe members of contemporary society — prepubescent MAGA heads, QAnon influencers, Flat Earthers — often went viral, with Callaghan becoming something of a celebrity of the online left.

Yet on TikTok, Callaghan is now going viral for far less innocuous reasons. Two women have come forward with allegations of sexual misconduct, accusing the internet personality of pressuring them to have sex and failing to adhere to the boundaries of consent. Callaghan did not immediately respond to a request for comment from Rolling Stone.

Caroline Elise, a TikToker who goes by the handle @cornbreadasserole, posted a video last week recounting her alleged experience with Callaghan. In her video, she alleges Callaghan asked to stay at her place after having a falling out with one of his crew members. Though she said she told him she was not interested in sleeping with him, he nonetheless “eventually got my consent because he wore me down,” she said in the video. “I said whatever because I was trying to get the whole thing over with…it doesn’t discount that I told him no. [He] still found a way to coerce me into doing things I didn’t want to do.”

In the video, Elise said she did not wish to come forward, only doing so after Callaghan skyrocketed in popularity. “It’s even more hard to have to relive the trauma that I endured every single day by seeing this man as a social justice warrior, as someone who cares about human rights, get a platform,” she says. “You shouldn’t be supporting him.”

Another TikToker, Dana, or @moldyfreckle, posted her own series of videos on Jan. 8, claiming that Callaghan had also pressured her into having sex with him. In one video, she alleges that she had hooked up with Callaghan once but found him “mean” and “demanding,” and that he had “creeped [her] out.” When he reached out to her again, she alleges, she declined to hook up with him, only for him to invite her to dinner so he could apologize for his behavior. At the dinner, he allegedly repeatedly asked to have sex with her in her car; though she said no, she offered to drive him home, “though I did not want to have sex with him again ever,” she said.

While in the car, @moldyfreckle alleges, Callaghan touched her inner thigh, kissed her neck, and attempted to put his hand down her pants. “I told him to stop. I told him to get off of me multiple times,” she says in the video. “He tried to put my hand down his pants and I was fighting against him during this, telling him to please stop.” She then claims she told him repeatedly to leave her car, which she says he finally did, though he asked if she could give him oral sex beforehand. Though she says they never spoke again after this incident, in response to commenters requesting receipts backing up her claims, @moldyfreckle also shared screen recordings of DMs she allegedly exchanged with Callaghan making plans to meet up to show that the two had previously been in contact.

As the host of the popular YouTube channel All Gas No Brakes, which he created while studying journalism at Loyola University New Orleans, Callaghan traveled across the country in his RV, doing man-on-the-street interviews with various eccentric figures. In his ill-fitting beige suit with a mop of curly hair, he became a familiar fixture at QAnon rallies, furry cons, and Flat Earther meetups, showcasing the underbelly of popular culture.

Though the tone of Callaghan’s channel started out as largely comedic, it later evolved into more of a vehicle of social consciousness, with Callaghan becoming something of a celebrity of the online left. After he announced in the spring of 2021 that he had left All Gas No Brakes due to contractual disputes, he started a new channel, Channel 5, which has more than two million subscribers.

His 2022 HBO Max film This Place Rules, produced with A24, features interviews with various members of the far right leading up to the events of the Jan. 6, 2021, attempted insurrection at the Capitol. The film was helmed by Abso Lutely Productions, the production company founded by Tim Heidecker and Eric Wareheim of Tim and Eric fame.

Lisa Marie Presley Felt Protected During COVID, Vulnerable Pre-Golden Globes
PixPirate: New Android Banking Trojan Targeting Brazilian Financial Institutions
‘Blood will be on hands’ of Congress if bill limiting police officer immunity not passed, Tyre Nichols’ mum says
‘The Last of Us’ Is Just the Beginning of Hollywood’s Big Video Game Gamble
‘I was not given a realistic chance’, says Liz Truss, as she makes comeback