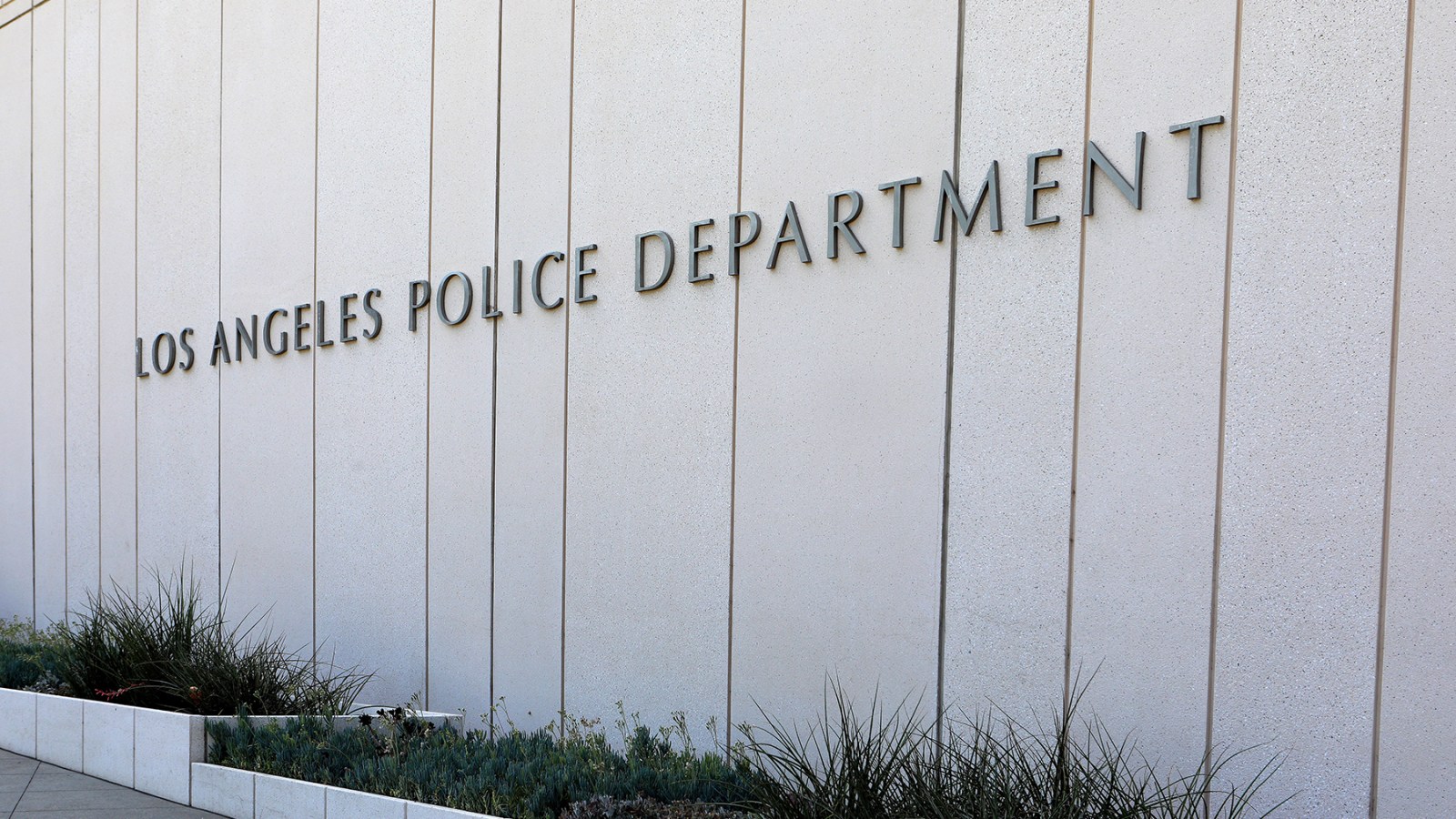 The death of Keenan Anderson, 31, is causing an outcry among activists and his family after the Black high school teacher’s fatal interaction with the Los Angeles Police Department. On Jan. 3, LAPD used a taser on Anderson during the aftermath of a traffic accident, which later resulted in his death from a reported heart attack.

Earlier this week, the LAPD released body cam footage from the scene as part of a video briefing on the incident. Footage showed Anderson begging for help as multiple officers held him down while trying to restrain him. At one point, Anderson shouted, “They’re trying to George Floyd me.” As Anderson lay on the pavement, one officer appeared to hold his elbow against Anderson’s neck. Another officer then tased him multiple times, sometimes for several seconds at a time.

Anderson is a cousin of Black Lives Matter co-founder Patrisse Cullors, who told the Guardian that Anderson’s could have been avoided. “It was a traffic accident. Instead of treating him like a potential criminal, police should have called the ambulance,” Cullors said. “If there was a policy in which traffic stops were met with unarmed professionals who come to the scene to help with whatever situation has happened, that would have prevented my cousin’s death. And that would have prevented so many other deaths.”

The video released by LAPD shows multiple angles of the incident. Around 3:30 pm local time that day, according to the LAPD’s video, an officer on a motorcycle arrived at the scene of a car accident near the corner of Venice Boulevard and Lincoln Boulevards and encountered Anderson jogging in the middle of the road. Anderson said, “Please help me,” and pointed the officer in the direction of the accident. Bystanders around outside their cars at the scene told the officer that Anderson, who kept running, was “the driver,“ after which the officer circled back on his bike and told Anderson to get on the sidewalk. “Somebody’s trying to kill me,” Anderson, visibly distraught, said once the officer was near him. “Get up against the wall,” the officer said in response. Anderson held his hands up and said, “I didn’t mean to. I’m sorry.” The officer then called for additional units over his radio, mentioning the possibility of a DUI driver. Anderson dropped to his knees and puts his hands behind his head. He told the officer again that someone was trying to kill him. “They were trying to put stuff in my car,” he said, though it is unclear what exactly he was referring to.

For several minutes, Anderson followed the officer’s instruction to sit down on the sidewalk. Eventually, he got up and asked for some water. After realizing he was not in plain view of the street, he requested to move closer to the sidewalk, which the officer agreed to. Anderson, continuing to become more distraught, paced back and forth while repeating the word “Please.” Then he said to the officer, “You’re putting a thing on me,” and started to back away into the street. “I don’t want you in the road,” the officer said. Anderson backed away with his hands up, repeating, “Please,” before turning and jogging into traffic. The officer chased him on the motorcycle, and more units arrived.

Multiple body cameras captured three officers tackling Anderson, who shouted, “Please help me,” and “They’re trying to kill me.” One officer shouted “Keenan relax,” while another said, “Stop, or I’m gonna tase you.” They ordered Anderson to turn over on his stomach, but he continued to beg for help. “These are actors,” he shouted at one point. “They’re trying to George Floyd me,” he said. At that point, an officer is seen tasing Anderson multiple times, seemingly four or five times, while the school teacher said, “Help me.” After he was handcuffed, Anderson shouted, “This is an act. They’re not police,” and then, “They’re trying to sedate me; I know too much.”

LAPD also shared a clip of cell phone video taken by a bystander, which captured the voice of a man saying, “I’m an Uber driver, and he was trying to steal my car while he hit the other cars right there.” The allegation has not been confirmed, and LAPD did not respond to a request for further comment on the incident.

In the video briefing, Captain Kelly Muñiz, commanding officer of the LAPD’s media relations division, said that after Anderson was handcuffed, paramedics arrived to treat him for the use of the taser. He was later taken to a hospital, where four-and-a-half hours later, according to Muñiz, Anderson “experienced a medical emergency” and did not respond to life-saving efforts. He was pronounced dead around 8:15 p.m. Muñiz also said that the LAPD toxicology unit had tested blood samples taken from Anderson in the hospital and found cocaine and cannabis in his system. The coroner’s toxicology report is still pending.

After the release of the video footage on Wednesday, activists reacted to news of Anderson’s death on social media. Janai Nelson, president of the NAACP Legal Defense and Educational Fund, said, “Keenan Anderson’s life should’ve never been threatened—let alone ended—as a result of a traffic stop encounter with @LAPD. We mourn with his family, friends & community & call for immediate investigation, correctives & concrete action toward an entirely new public safety system.” The Martin Luther King, Jr. Center tweeted, “ What happened to Keenan Anderson is reprehensible” and offered prayers to his family. Civil Rights attorney Ben Crump said, “Was this repeated use of the taser necessary?!”