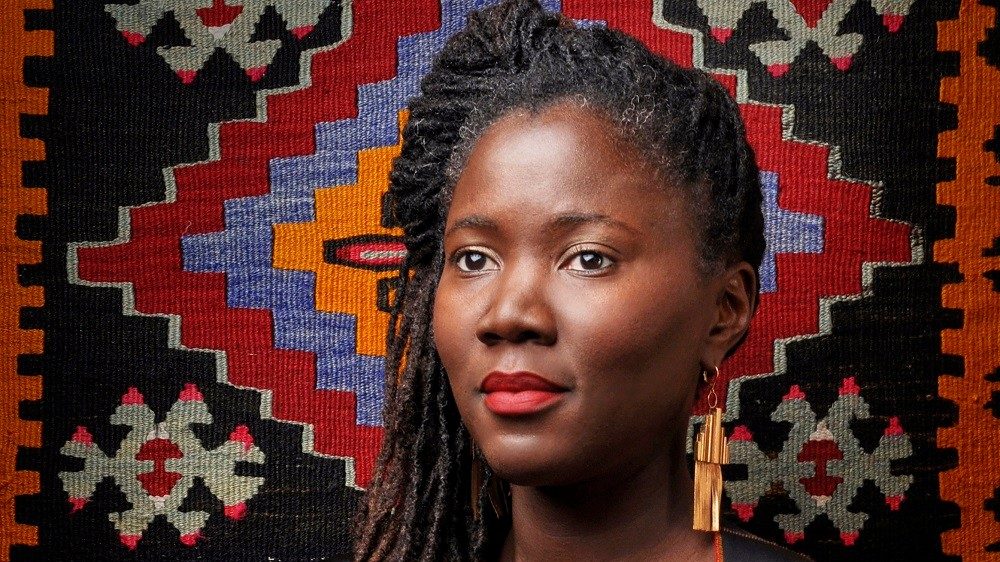 Alice Diop’s French drama Saint Omer opens in theaters today, and I remember the emotions I felt when I saw the film at Venice last year. It was a very personal experience for me — as if someone was telling my story on screen. At the beginning of my eventual interview with Diop, I asked where she sees herself within the French film industry. She made it clear she has stopped contemplating how she fits in. “It’s a question that I’m asked a lot, but I no longer ask myself where I fit in with French cinema,” she said. Can’t blame her for thinking that way. Creators of color often are asked those questions — or about the state of inclusion in Hollywood and how they would improve it. Questions that their white counterparts frequently and unfairly avoid.

Inspired by true events, the movie is loosely based on Euripides’ Greek tragedy Medea and follows Rama (Kayije Kagame), a university professor in the midst of writing a novel. She attends the trial of Laurence Coly (Guslagie Malanda), a young woman accused of killing her 15-month-old daughter by abandoning her on a beach in northern France. The words of the accused and witness testimonies will challenge everything Rama thought she knew about generational trauma and motherhood.

During the interview, Diop talks about why she considers Saint Omer to be a political statement, about the complexities of being a Black woman and the pressures of motherhood.

DEADLINE: The film won the Silver Lion at Venice, and is shortlisted for a possible nomination for Best Foreign Film from the Academy Awards. With that said, where do you see yourself or how do you see yourself growing within the French film industry? What do you think the future looks like for you?

ALICE DIOP: 10 years ago, I probably wouldn’t have given you the same answer. It’s a question that I’m asked a lot, but I no longer ask myself where I fit in the French cinema. I’m 43 years old today. I have a long background as an activist, and I feel that this kind of question is not for me. I don’t want to put my energy into what my place in the industry is anymore. I want to put my energy into what I have to say, and that is political. I think there are plenty of people who could answer this question, but today I want to concentrate on my films. I feel I’ve always been the same person. I’ve always done what I do, and if the way people look at me has changed, that’s great, but my priority is to keep moving forward and deeper into my work.

DEADLINE: I know it gets exhausting answering that question…

DIOP: It’s not that it’s tiring, I feel that what I have to say about it is in my answer to the other questions you pose. What’s political about this for me is in the question of cinema, which is where some people don’t want us to be. So I choose to have my political work and thoughts are answered in my films.

DEADLINE: Saint Omer is an impactful film that examines Black womanhood and what it means to be a parent. Where were you at mentally when you brought all the elements together to create this story?

DIOP: The film had a tremendous emotional cost for me, but I found pleasure in what passionately impacted me while filming. This was an opportunity to create a portrait of a Black woman in all her complexity as I have rarely seen in film or read in literature, which is something I miss a great deal. I didn’t make this film particularly to deal with the subject of infanticide. It was to create these powerful characters that defy the imagined projections that people stick to when seeing Black women on screen. Another important thing about making this film for me was that it was an opportunity to show how much the Black body expresses and carries universal things. That narrative is carried by two Black French actresses in Saint Omer.

DEADLINE: When tapping into these emotionally charged narratives, how do you protect yourself? The story was very familiar because it reminded me of my relationship with my own mother and my own complicated way that I look at the world, politics, the law. And sometimes all of that is hard for even me to grasp.

DIOP: It’s a universal film that speaks to all women all over the world, but I’m also aware that it is in a very specific context of being a Black woman — the stories, histories of pain, and silence that we Black women endure. I don’t know the history of Black women in the United States particularly well, but I do know it in France and I do know how difficult it is. I showed my friend the film for the first time. I did this so she and I could cry all the tears that I wasn’t able to cry when I was making the film. When I was going through that process, I needed her to see the film was made for us by us, and by us I mean Black women.

DEADLINE: Within the Black diaspora, there is a universality in our experiences. The film understands that our lives are more complicated than whatever is usually seen in film, especially here in America. There’s various tropes Black actresses are subjected to. Saint Omer shows the varying complications of what it means not only to be Black but to be a woman, and how those things intersect.

DIOP : If depictions of Black women are bad in the U.S., it’s much worse In France. Their Blackness is always at the center of their story, whereas in my film, that’s not the central issue. Saint Omer is about maternity. Rama is a university professor, which reflects aspects of my life and my friends’ lives.

DEADLINE: Your stars Kayije Kagame and Guslagie Malanda are in tune with those complexities you mentioned before.

DIOP: The main characters are singular, complex women. There’s no one else like them. This was an opportunity to represent bodies and a cerebral being that has a layered experience.. For instance, Rama is intelligent but has not come into her full power. In her way of dealing with maternity and family issues, there’s tremendous fragility there. These characters don’t have to be depicted through tropes, as we have the right to be free of that. We have the right to be fragile, vulnerable, and create forms of cinema in which we get to explore our deepest wounds.

DEADLINE: After seeing the film, I wondered why the story doesn’t reveal the end result of Laurence’s trial. Then I realized that’s not the point. It’s about the moments between Rama and her mother and Rama becoming a mother. Can you talk a little bit about why you crafted the ending to be that specific way?

DIOP: Saint Omer is not a trial movie, and the question of whether Laurence is guilty is not important. It’s a film about character. In fact, the entire mise en scène of the film is set up so that we go into the mind of Laurence. We listen and see this woman who is rarely seen, and in a sense, it gives her a way to repair what has happened to her.

DEADLINE: How would you describe Rama’s Journey?

DIOP: What interested me in the construction of the character of Rama was to reveal through her what is really at stake in the film. By the end of the film, the question “what is a mother?” is unresolved. It actually brings up more questions: How do you become a mother based on the mother that you have? Black women inherit these histories of violence and of silence. It’s a particular flavor that I think is political. I wanted to examine how do you love your children authentically, how does your past history effect that love, and how do you repair yourself within that?

DIOP: At the beginning of the film, we see Rama is a powerful intellectual who is completely at ease in a university classroom, but when she’s around her mother, she freezes and becomes mute. At the end of the film, she sits next to her mother on the couch and observes her. That’s the journey that the film follows. It’s a banal one, I think, but it’s also highly existential, historical and political. All of these dimensions are carried by the journey the story takes the audience on.