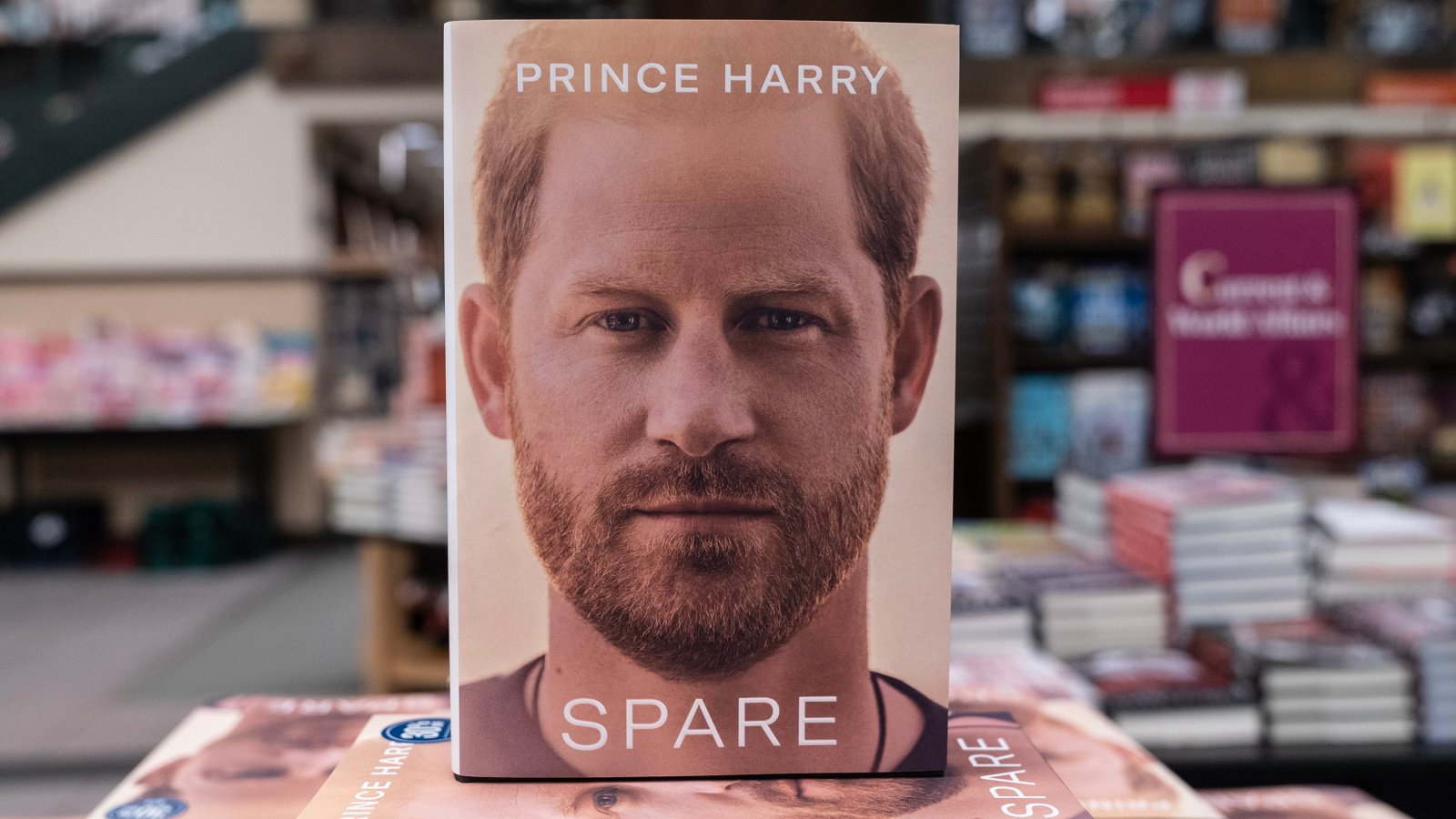 Spare is not an easy read. It’s not even a particularly fun one. But Prince Harry’s new memoir doesn’t seem to want to make an articulate, nuanced point about fame in the age of a monarchy that might have outlived its usefulness. Instead, Prince Harry wants to tell his story, in all of its confusing, rageful and sometimes entirely TMI glory — again and again and again.

Unlike the Sussex’s exclusive Oprah special, or the recent six-episode limited documentary series released by Netflix, Spare can’t be accused of pulling its punches, as the memoir has so many shocking revelations that its thriving as an active meme on Twitter. In the book, Harry is candid about a Nazi uniform he was encouraged to wear by Kate Middleton and Prince William, descriptive about how he did shrooms at Courtney Cox’s house and was convinced the trashcan was speaking to him, and goes into specifics about using his mother’s favorite moisturizer on his frostbitten penis during William and Kate’s wedding. Even the writing style goes out of its way to constantly reinvent itself, moving wildly between an easygoing imitation of Harry’s natural, jock-like inflection to almost prosaic rapture about things as small as specific English hills and as cheesy as the first time he laid eyes on his eventual wife.

“I’d traveled the world, from top to bottom, literally. I’d hopscotched the continents. I’d met hundreds of thousands of people, I’d crossed paths with a ludicrously large cross-section of the planet’s seven billion residents. For thirty-two years I’d watched a conveyor-belt of faces pass by and only a handful ever made me look twice. This woman stopped the conveyor-belt. This woman smashed the conveyor-belt to bits. I’d never seen anyone so beautiful.” At this point, Prince Harry is, of course, philosophizing about the sight of Meghan wearing a Snapchat dog filter with its tongue out.

But the conflicting nature of the book doesn’t seem to be a mistake of sharing too much information, or picking the wrong publisher, or even using the wrong ghostwriter. Rather, the tell-all memoir revels in its contradiction on purpose — all in an effort to highlight the 38 years its narrator spent in that same kind of mindset. Through Spare’s 400 pages (of which you can feel each one pass) Prince Harry presents himself not as a man torn between his country and his wife, but a swirl of duties and intense emotions that never got to be a fully-articulated person in the first place. The book is segmented by the roles thrust upon him. He is Haz, his father’s darling boy; the naughty one, Spike; the Prince; and floating above him, above every decision, is his role as The Spare. He bears each of these titles like weights and unwillingly drags them through a life marred by trauma. In describing his time in the British Army, Prince Harry seems so unattached to own personhood that he “gives thanks” to the Army for burning it away during training.

And the conflict continues even in his memories. He jokes about not being attached to literature, but uses quotes from Faulkner and “Invictus” throughout the book. He is detailed and descriptive about the hurt his father (Pa) and brother (Willy) cause him, but continually reserves the most venom for the British press, who haunt his story at every turn. He hates the names he is called, but seems to love cheekily referring to specific journalists and palace staff members by rude British traits, or animal names that poke fun at their idiosyncrasies. And even when Harry is desperate to protect his wife from the same fate as his mother, he cannot hide his genuine respect and love for the monarchy that ruined him. Yes, the book wants to present a central narrative of escaping a life of death to one of freedom. But even Prince Harry doesn’t seem to be there quite yet. Instead, it seems as if the Prince has escaped to yet another role. Father, Ex-Royal. H. This one just has better benefits.

There are times that Spare feels like a punishment. In between moments that feel too much, Prince Harry hammers in his internal monologue about the grief of losing his mother. (Until he is at least 18, he believes his mother is not dead, but deep in an elaborate plot to escape the press.) But even in Spare’s opening, Prince Harry shares that the book’s secrets, while addressed to the world, are a true outpouring for William and now-king Charles — as soon as they’re ready to get over themselves and listen.

“They’re clearly not in the right frame of mind to listen,” he writes in the book’s intro. “Not now, anyway. Not today. And so: Pa? Willy? Here you go.”

There’s been a major conversation (and several extremely funny memes) about whether or not Prince Harry has lost his accumulated goodwill with the release of the book, which sold a record 1.4 million copies in its first day of release. The world celebrated his marriage, and defended him even harder after he and Meghan revealed just how hard (and racist) life was in the royal family to Oprah. This is the time to take your Netflix deal, produce a couple documentaries about elephants, and retire gracefully in Montecito as the multi-millionaires you are — not release a Freudian nightmare of a memoir. But isn’t that what society has been asking for?

Each interview, Netflix doc, and podcast from Prince Harry and Meghan has been plagued by questions of why? If you’re not going to share who asked about your child’s skin color, who fought who in what castle, which incident made you leave, why are you in front of our eyes? Spare is an answer, hitting readers over the head with so much bloody stream-of-consciousness info that by the end you feel as if you’ve intruded on something you weren’t quite meant to see. It takes your $23 and shames you for being so invested in its contents. And honestly, if this is what it takes for Prince Harry to feel better, to air his grievances, and to provide for his family, it’s the least he deserves.