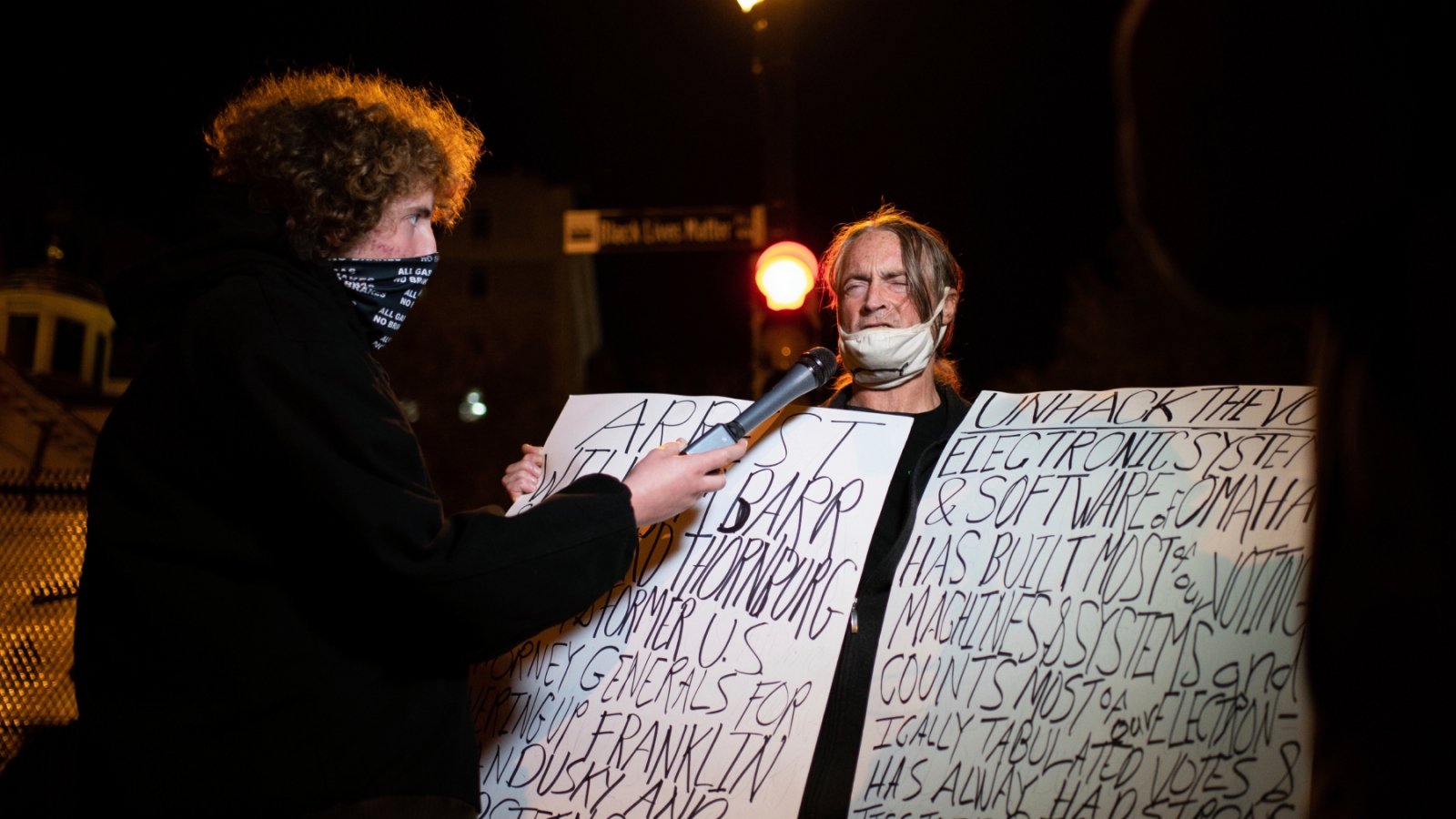 Andrew Callaghan — host of YouTube channels All Gas No Brakes and Channel5, and filmmaker behind HBO’s 2022 documentary This Place Rules — has apologized after being accused by multiple women of sexual misconduct.

Callaghan began his four-and-a-half minute YouTube clip stressing that he wants to be “fully accountable” and “transparent,” and thanks “every single person who’s came out in the past week to speak about different ways in which my behavior has made them feel uncomfortable or pressured during a sexual situation and to people who said that I’ve made unwanted advances.”

In an exclusive Rolling Stone report earlier this week, a woman known by the pseudonym Charlotte said she matched with Callaghan on Tinder in 2016 — before his recent fame — and claimed he did not acquiesce when she said “no” to sexual acts. “He wasn’t taking a simple no for an answer, and consequently, it turned into me trying to make up an array of excuses as to why I didn’t want to have sex,” she told Rolling Stone.

Callaghan apologized for his recent “silence,” saying he was in a “state of denial and shock,” and is now coming to grips with this being “about the people that I’ve affected.” He added that he wanted “to express my complete sympathy, respect, and support for anyone who I’ve done wrong by and I really want to do better and be fully accountable for everything that I’ve done.”

Still, he refuted recent claims of sexual misconduct. “I’ve always taken no for an answer, as far as consent,” he states in the video. “I’ve never overstepped that line. But you know, I think I want to have a more nuanced and important conversation about power dynamics, pressure, and coercion.”

Charlotte said that eventually Callaghan got the message, and the two never spoke again. But other women alleged similar incidences with Callaghan as his star rose. As Rolling Stone previously reported, Dana, who goes by the handle @moldy.freckle, alleged in a video that Callaghan had touched her inner thigh, kissed her neck, and attempted to put his hand down her pants while she was giving him a ride home. “I told him to stop. I told him to get off of me multiple times,” she says in the video. “He tried to put my hand down his pants and I was fighting against him during this, telling him to please stop.” Eventually, she says, Callaghan left her car.

A TikTok creator who goes by the name Caroline Elise claimed she had an encounter with Callaghan in March 2021, after having previously met him while he was with another woman at a bar, which made Caroline believe their meetup would not be romantic. She said when he tried to kiss her, she turned him down. Later, he badgered her for sex, and even though she says she said, “No, I’m not feeling it” to him, she eventually relented and said she was coerced into various sexual acts.

In Callaghan’s clip, he addresses how he was coming from a different perspective. “I think for a long time, I was behaving in a way that I actually thought was normal. I thought that, you know, going home from the bar alone made you a loser. I thought that persistence was a form of flattery. And I thought that you know, if at first somebody was reluctant, you know, they’re playing hard to get just try harder,” he said. “And if you think someone’s feeling you, you know, make a physical advance and see if they go with it.

“And I think that especially I realized when so many young people, especially young men rushed to defend me when this stuff first started coming out that this type of sex pest behavior is normalized. And a lot of people think this stuff is normal,” he continued. “And I don’t think that it is and I think that I want to be fully responsible for not having a fluid understanding of consent. And what enthusiastic two-way consent looks like.”

“That being said, a lot of the things that have been said online about me are not true. A lot of things are missing really important contextual information that I think would change people’s interpretation of a lot of these situations,” he added. “But I’m not here to invalidate anybody’s lived experience. If you feel pressured. You know, that’s just what it is. I hope that young people and young men in particular can use my mistakes to learn and move through life with a better understanding of consent.”

Callaghan goes on to say he’s unsure what’s next, but that he plans to explore therapy and Alcoholics Anonymous because “I truly believe that alcohol was a contributing factor to my poor decision making,” he says. “And I think alcohol in general, has had a devastating impact on my life.” He also extended his apology to his friends, family, and collaborators.