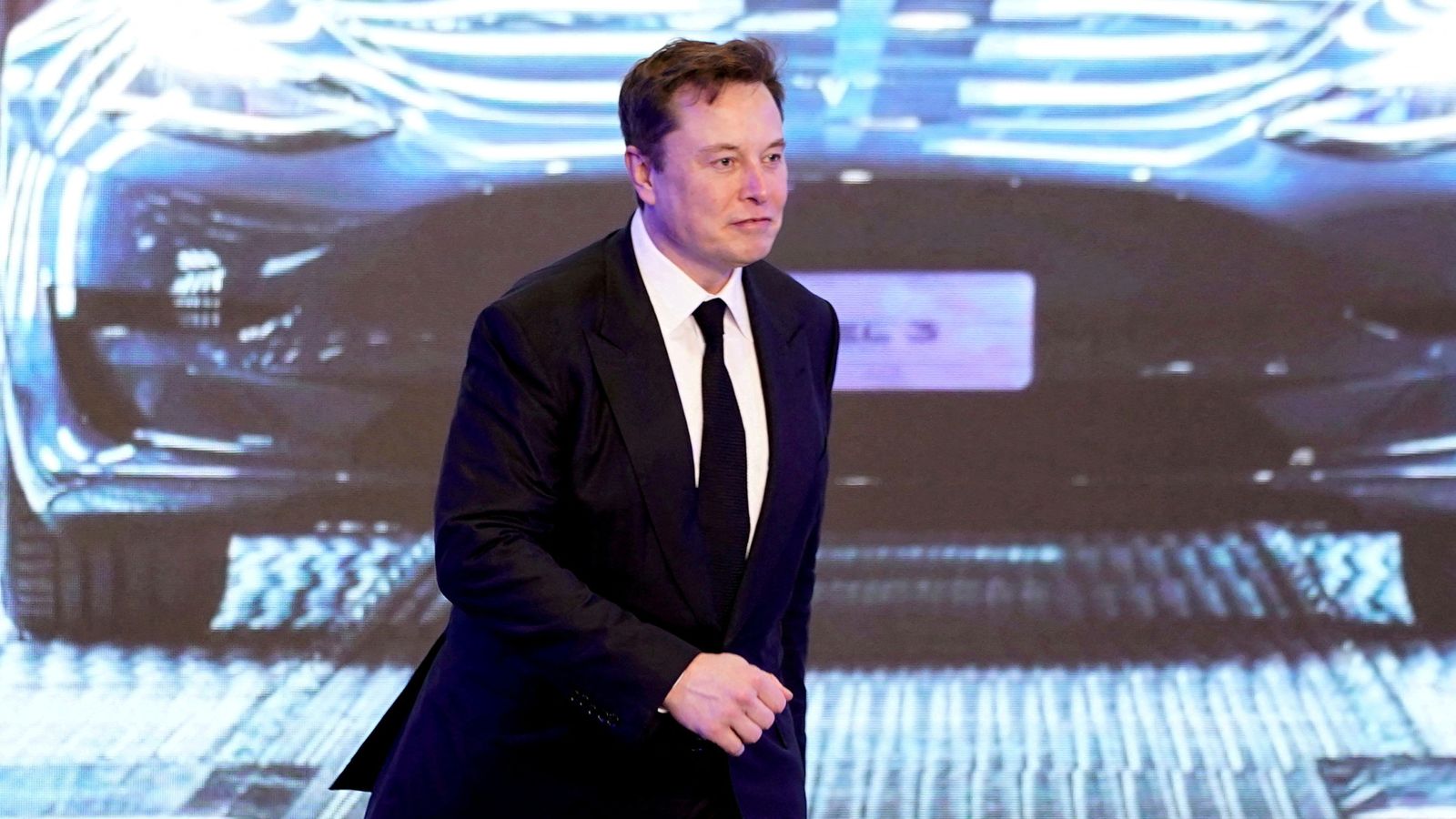 Elon Musk has appeared in court to refute allegations that Tesla shareholders were defrauded out of billions of dollars by his tweets.

The company’s chief executive wrote in 2018 that he had “secured” funding to take the electric carmaker private and later that investor backing was “confirmed”, causing shares to soar and then fall.

Less than three weeks later, Musk backtracked on the plan.

Investors who bought or sold stock in the days after the tweets are seeking unspecified damages, but have claimed Musk‘s tweets cost them “billions”.

The trial heard that Musk’s social media admission led to a $40m (£32m) settlement with securities regulators, as well as a class-action lawsuit alleging he misled investors, and he was forced to step down as company chairman.

The 51-year-old billionaire, who has been running Twitter since he purchased the platform for $44bn in October, attended court for around half an hour on Friday to deliver sworn testimony before a nine-person jury and a room packed with reporters and other spectators.

The trial was then adjourned for the weekend, with Musk being told to return on Monday to answer more questions.

The judge, Edward Chen, previously denied a request by Musk to have the case moved to Texas, with the billionaire expressing concern that potential jurors in California would be biased against him.

In his initial address to the courtroom, the business mogul defended his prolific tweeting as “the most democratic way” to distribute information even while acknowledging Twitter’s 240-character limit that can make it challenging to be as clear as possible.

Musk said: “I think you can absolutely be truthful [on Twitter].

“But can you be comprehensive? Of course not.”

Read more:
Elon Musk and Tesla going on trial over claims his tweets cost investors billions of dollars
Elon Musk breaks world record for largest loss of personal fortune in history
Richard Branson woke in middle of night to find Elon Musk barefoot in his kitchen – and holding his baby

When it emerged that the funding was not in place to take Tesla private, Musk stepped down as chairman while remaining its chief executive as part of the Securities and Exchange Commission settlement, without acknowledging any wrongdoing.

The jury focused intently on the billionaire, who was wearing a dark suit and tie, as he answered questions by Nicholas Porritt, a lawyer representing Tesla shareholders.

‘Level of pain… was excruciating’

When asked about the challenges that Tesla faced in 2018, he described spending many nights sleeping at the carmaker’s California factory as he tried to keep the company afloat.

“The sheer level of pain to make Tesla successful during that 2017, 2018 period was excruciating,” he told the court.

The trial over Musk’s Tesla tweets comes at a time when he has been focusing on Twitter while also serving as the carmaker’s CEO and also remaining deeply involved in SpaceX, the rocket ship company he founded.

His Twitter takeover has proven unpopular among Tesla’s current stockholders, who are concerned he has been paying less attention to the carmaker at a time of intensifying competition – which contributed to a 65% decline in Tesla’s stock last year that wiped out more than $700bn (£565bn) in shareholder wealth.

‘The Last of Us’ Is Just the Beginning of Hollywood’s Big Video Game Gamble
How US shot down China’s ‘spy balloon’ with a single missile – and what was likely on it
Miranda Lambert’s Husband, Brendan, Shares Hilarious Video Busting His A** Slipping On Ice Down Front Steps
‘Tyre Nichols Should’ve Been Safe‘: Kamala Harris, Rev. Al Sharpton Honor Nichols’ at His Funeral
‘It changed me’: The investigation into one of history’s worst space disasters – and its legacy