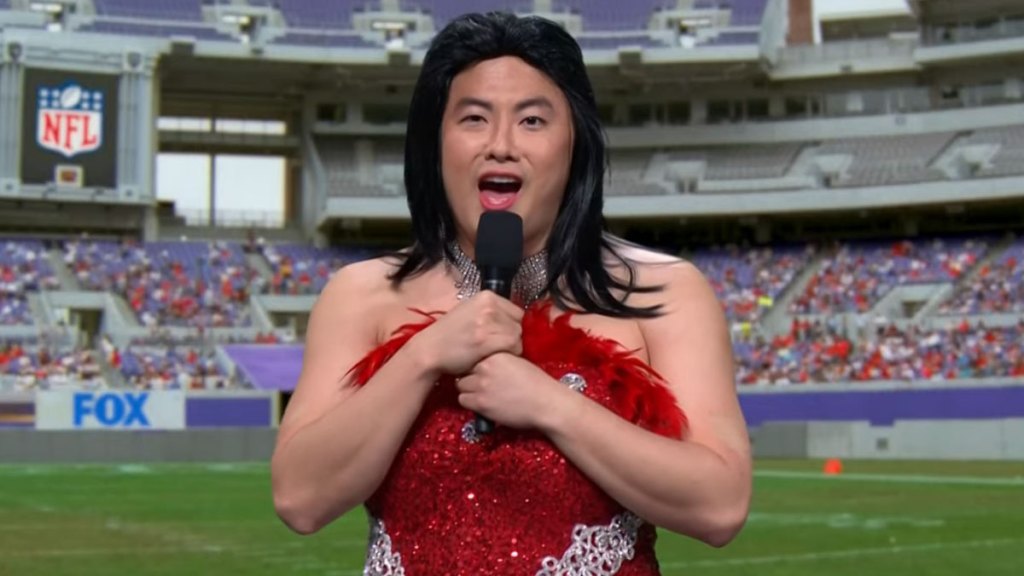 Coming off a holiday break, Saturday Night Live went with congressman George Santos’ fabulist past claims while also spoofing his alleged past as a drag performer.

The sketch was aired just hours after the real Santos responded to reports that he was a drag performer when he lived in Brazil. Reporters caught up with him at New York’s La Guardia Airport, and he told them, “I was not a drag queen in Brazil. I was young and I had fun at a festival.”

That non-denial denial was pretty much the theme of the SNL opener, set up as a segment of Fox NFL Sunday with Santos, played by Bowen Yang, as one of the correspondents.

When the Fox NFL Sunday hosts cut to Santos, reporting from the field, he told them, “I’m sort of the real Bo Jackson, and I’m proud to be first African American quarterback to ever dunk a football.”

After making many more claims about his football greatness, Santos then is called out on it. One of the hosts questioned whether he played football at all.

Then the hosts cut away. But moments later, as they tried to go to another correspondent in the field, there was the appearance of Kitara Ravache herself.

When the hosts object, Santos told them, “I’m not George. I’m Kitara Ravache!”