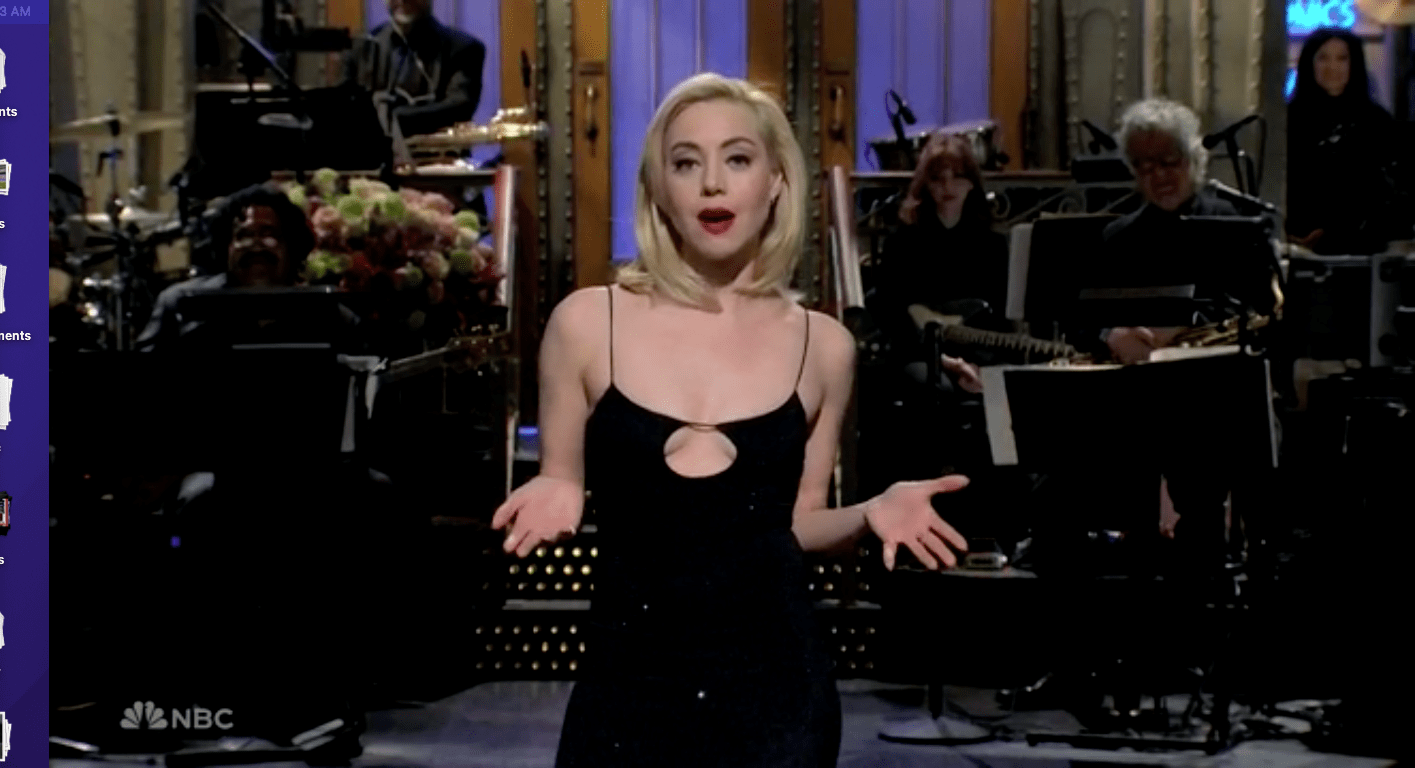 During the former NBC page’s tour of studio 8H, Kenan Thompson told her that he’s still waiting on his coffee from 2004

Donning a jacket similar to the one she wore while working as a “bad page,” Plaza headed through the audience to the page desk to field a call from Paul McCartney, whom she rudely dismissed with a British accent. “And that’s how you do it,” she said confidently.

When Plaza found Kenan Thompson reading over a script, the longest-tenured cast member in SNL history told her that he was waiting on a Starbucks order.

“Okay Kenan. Well, it’s Aubrey and I’m hosting now. I am not a page anymore,” Plaza informed him.

As Plaza recalled her days working in the set design department and how visitors on tours would ask about seeing celebrities, she ran into Poehler, and the two embraced.

“I see that you’re wearing your page jacket. Are you drinking again?” Poehler joked.

“Of course,” Plaza replied before heading off, after which Poehler said in distress, “Oh my God, she stole my wallet!”

Poehler would re-appear alongside Plaza in a “Weekend Update” segment in which two local government workers encourage civic engagement by young people.

Plaza’s debut as SNL host comes amid her starring role in the HBO comedy-drama series The White Lotus, which SNL would later spoof in a sketch called “The Black Lotus,” featuring Thompson and Ego Nwodim.