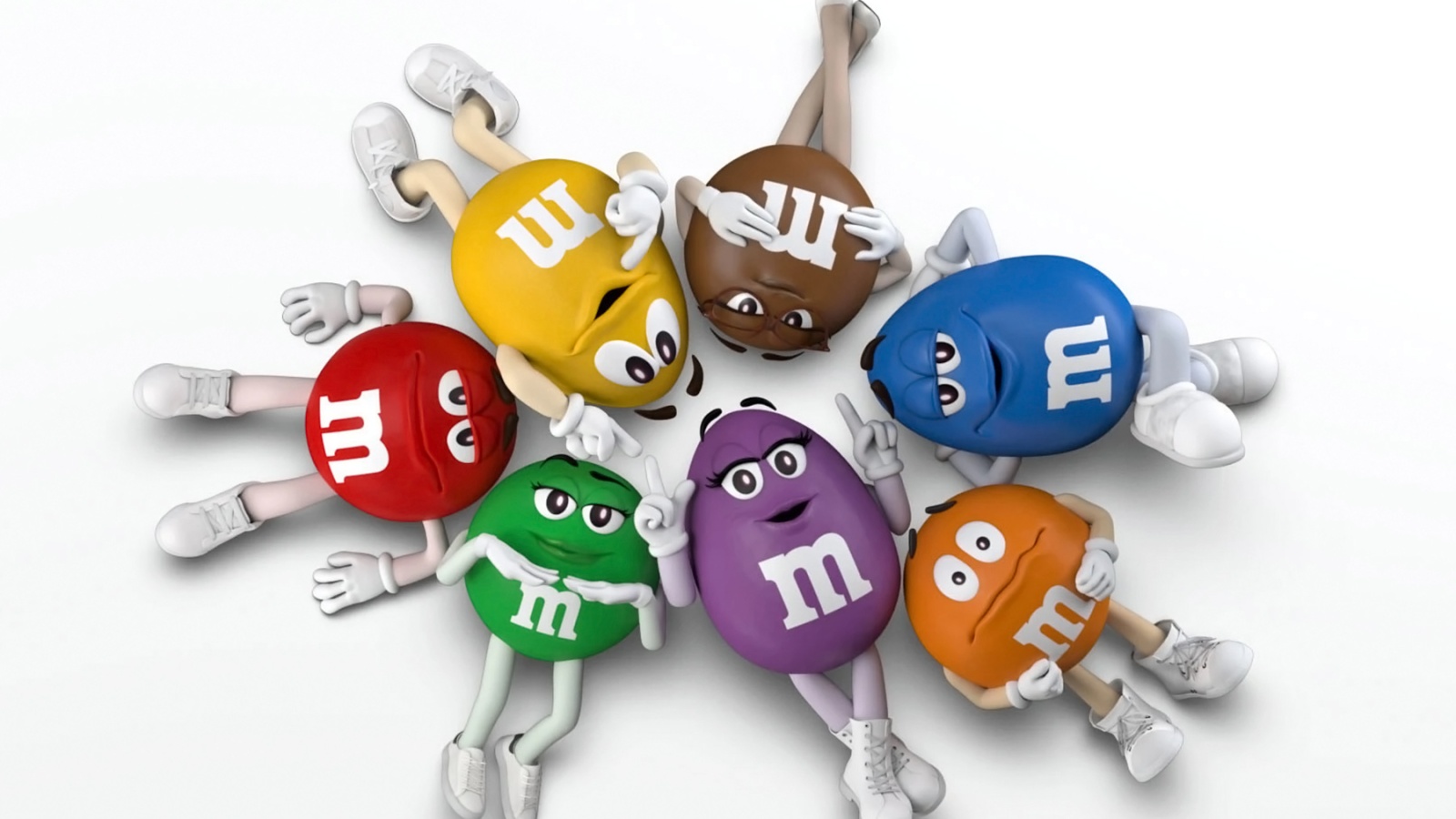 Listen, plain M&Ms are, objectively, among the worst candies on the market. They are dry. They are tasteless. With their candy coating removed, they look like something that came out of your third grade classroom rabbit’s ass. And yet, somehow, improbably, the candy you dreaded seeing in your bag on Halloween has become a major flashpoint in the culture wars, with Mars, the parent company for M&Ms, playing right into sweaty red-faced vloggers’ and right-wing news anchors’ hands.

It all started last year, when the brand announced that it would be revamping its classic sexy Green M&M by giving her sensible shoes and reducing the appearance of her eyelashes, as a way of making the mascot more “inclusive.” This sent many news outlets — such as this one — into an uproar, with many bemoaning the erasure of the Green M&M’s Hot Slut identity in favor of a blander look. It particularly enflamed Tucker Carlson, who took a break from raising Florida nursing home residents’ blood pressure over the dangers of Cardi B’s vagina in favor of decrying Mars for being “too woke.”

Things got worse for the brand earlier this year when it introduced brand-new all-female packaging, featuring a new purple character designed to represent inclusivity who was “quirky, confident and authentic.” Rather than get up in arms about the fact that the copywriting team for M&Ms had apparently seen Garden State one too many times, those with a deep emotional attachment to corporate mascots were once again enflamed, with Carlson raging over how the green M&M “apparently is now a lesbian, maybe” and the introduction of a “plus-sized, obese purple M&M.”

Rather than simply ignore the rantings of an uber-cynical former Deadhead pandering to an audience of hateful morons, Mars apparently decided to pull an Elon Musk and was like, “we’re looking into it.” In a statement released Monday, the company said it had decided to take an “indefinite pause” from its spokescandies in an effort to be less “polarizing,” as the candy is “all about bringing people together.” In lieu of the Hot Slut Green M&M and her friends, the Socially Anxious Orange M&M and the Slightly Less Slutty, Canonically Lesbian Brown M&M, the company is bringing us Maya Rudolph, a “spokesperson America can agree on.”

Given that Rudolph is a Jewish woman of color and a self-avowed feminist, it’s unclear exactly how un-polarizing of a choice she is for the group of consumers M&Ms is apparently trying to cater to. And given that Mars did not immediately respond to a request for comment, it’s also unclear whether the spokescandies will actually be put on hiatus, or if this is an elaborate troll designed to garner attention for Rudolph’s upcoming Super Bowl commercial, possibly penned by a copywriter who took one sketch-writing class at UCB in college and now thinks they’re an expert in irony.

People on the Internet are similarly baffled: “I am moving to a shack in the forest and am no longer participating in society,” reads one representative reply. And frankly, I share this sentiment: were I an overpaid ad exec and I were looking to gin up interest in my mediocre candy brand, I would lean into the controversy over whether my mascot was horny enough and simply put out an ad of them fucking. All due respect to Maya Rudolph, who is a very talented comedic actress, but clearly that is what the public wants to see: not the star of Bridesmaids, but a bunch of tangled multicolored candy shells and limbs bathed in sweat, deftly exploring the crevices of each other’s bodies.

One thing is clear, however: the fact that people are genuinely confused about whether a candy company has suspended its mascots because a few people got mad they no longer give them an erection is proof, if we still needed it, that we should all collectively be euthanized.