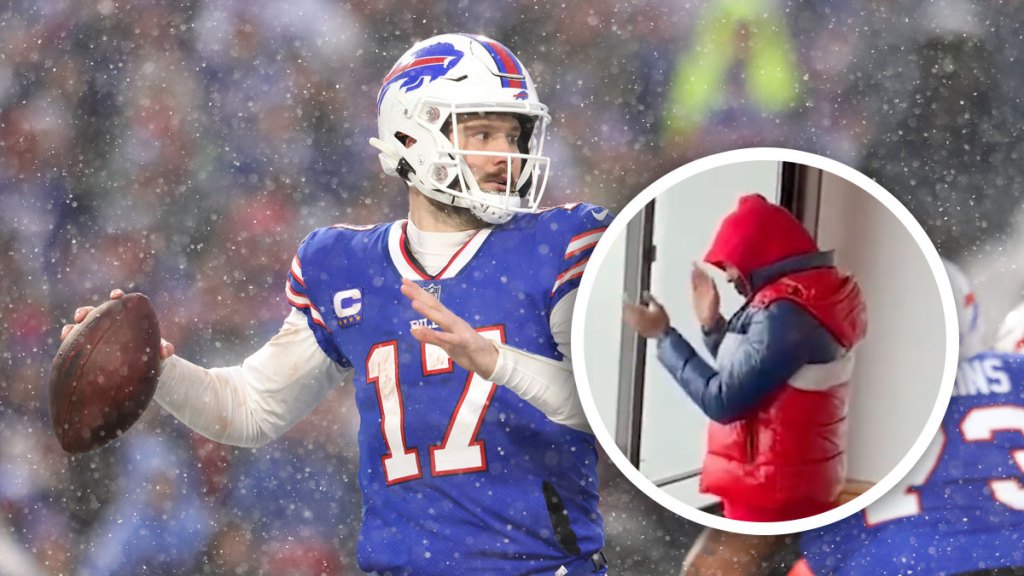 Damar Hamlin made an in-person appearance to cheer on his Buffalo Bill teammates in a critical playoff game against the Cincinnati Bengals.

The safety was seen going into Highmark Stadium for the first time since his life-threatening medical emergency to wish the Bills good luck in the divisional round game.

After greeting his fellow Bills in the locker room before kickoff, Hamlin was taken to a private suite to enjoy the game. When Bills fans noticed Hamlin was in the building, the crowd cheered him on and he had a heart sign gesture in receipt of all the love he was getting.

Ultimately, the Bills were defeated by the Bengals with the final score of 27-10. The Bengals would continue to the next round while the Bills season ended tonight.

It was on January 2 that Hamlin collapsed on the field during a matchup with the Bengals. The 24-year-old player had gone into cardiac arrest and was administered CPR for several minutes. He was rushed to the hospital in critical condition after having his heartbeat restored.

After further testing and under medical care, Hamlin made a recovery and returned to social media on January 7 to thank everyone for their support.

Hamlin was released on January 11 from the healthcare facility he was at and would continue his rehabilitation at home. By January 15, Hamlin was visiting his teammates at their practice facility showing his miraculous recovery.