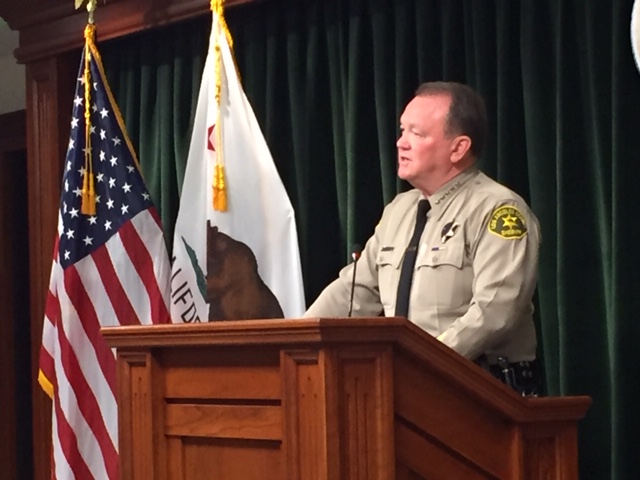 After a career of more than 40 years in law enforcement, Long Beach’s Jim McDonnell, for leader of both the city’s Police Department and the Los Angeles County Sheriff’s Department, has been named director a USC institute that focuses on safe communities.

McDonnell has spent his entire career in Los Angeles County.

He graduated in 1981 from the Los Angeles Police Academy and spent the next 28 years with the LAPD. He rose to second in command to Chief William Bratton, but lost the top spot in 2009 to Charlie Beck after Bratton left LA to return to New York City.

While in the LAPD command staff, McDonnell specialized in connecting with the city’s diverse communities, and prepared a community policing plan that Bratton eventually adopted.

In March 2010, McDonnell was brought in to become chief of the Long Beach Police Department in what observers thought was a surprise — the city had traditionally promoted from within.

But the apparent favorite for the top spot, Deputy Chief Robert Luna — who would eventually go onto be chief — partnered with McDonnell to improve community relations, reduce gang activity and better racial diversity in the department. Crime declined during his four-year tenure, but there was also an increase in police shootings and the department shrank to 800 sworn officers.

In 2014, McDonnell ran for and was elected Los Angeles County sheriff, taking over a department under a federal consent decree, with both the former sheriff, Lee Baca, and undersheriff Paul Tanaka convicted of crimes. Luna was named LBPD chief after the election.

McDonnell crossed swords with the LASD deputies union and lost the 2018 election to Alex Villanueva when the union threw its support to him. (Four years later, Villanueva would lose to Luna, the current sheriff).

McDonnell has close ties to the USC Price School, where he earned a master’s degree in public administration. He’s also a graduate of the FBI’s National Executive Institute and executive education programs at Harvard University’s Kennedy School of Government.

“I am honored to be joining USC in a capacity to be able to help shape the future of professional policing,” McDonnell said in the press release, “by developing strategic, thoughtful, competent and compassionate public safety leaders.”

The Safe Communities Institute began as a law enforcement training program. It now focuses on an expanded definition of public safety, advancing violence prevention and contributing to global security. There are more than 5,000 SCI graduates scattered all around the globe.

“He brings the experience, expertise, relationships and understanding of what progressive law enforcement leadership and community engagement really mean,” Southers said in the release. “Jim has a global reputation, of which the Price School and the university will be the beneficiaries.”