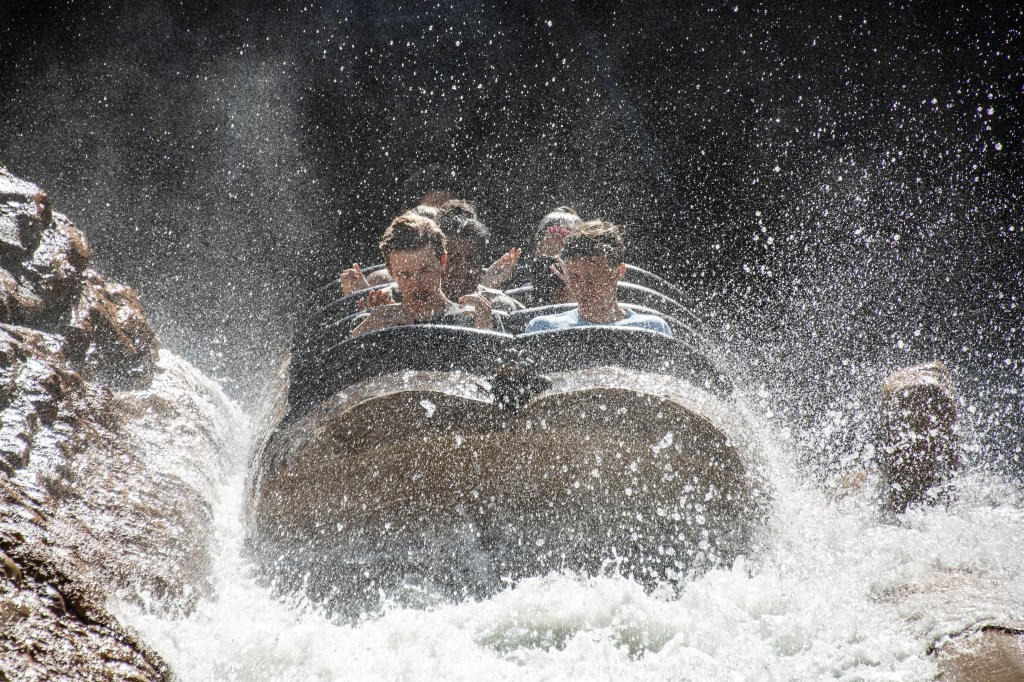 It was the end of an era yesterday at Walt Disney World as the Florida theme park shut down its popular Splash Mountain attraction to star work on its replacement, Tiana’s Bayou Adventure. The Orlando-area revamp will open in late 2024, though an official date has not been set.

At Walt Disney World yesterday, throngs of fans gathered before Splash Mountain was even open to get one last ride. When the velvet rope dropped , a wave of people moved toward the familiar clay-colored hillock.

In fact, Splash Mountain saw a record wait time of 220 minutes yesterday, according to Thrill Data. That’s just above the previous record of 210 minutes in 2020, according to the site.

They were still there 12 hours later. As the ride began to close, a crowd encircled the ride and began to sing its trademark tune, “Zip-A-Dee-Doo-Dah.”

The final riders were reportedly cast members from the park, and as their logs rounded the corner, the crowd applauded.

The switch was decided on in 2020. Disney indicated then that it would overhaul and “re-theme” the attraction, sharing the news as protests against racial injustice were roiling the country in the wake of the murder of George Floyd by a Minneapolis police officer. Splash Mountain had been based on the Uncle Remus Br’er Rabbit story in Disney’s controversial 1946 film Song of the South. Imagineers crafting the new attraction are aiming to pay homage to the history and heritage of New Orleans.

Visitors will “join Princess Tiana and jazz-loving alligator Louis during Mardi Gras season as they prepare to host a one-of-a-kind celebration for the people of New Orleans,” a company representative wrote at the time. Zydeco music will play as Tiana encounters an otter, rabbit, raccoon, beaver, turtle and other members of an animal band whose members sing and play instruments.

Disney has been coy about a final date for Splash Mountain at Disneyland in Southern California. A representative from the Anaheim park indicated to Deadline that the reopening date is TBD.

But there was a clue at Disney’s annual D23 fan event in September. When Parks boss Josh D’Amaro gave his presentation, he flashed a timeline of opening dates similar to the ones that Marvel often shows fans to make the MCU phases and their attendant film and TV releases clearer.

Dade Hayes contributed to this report.