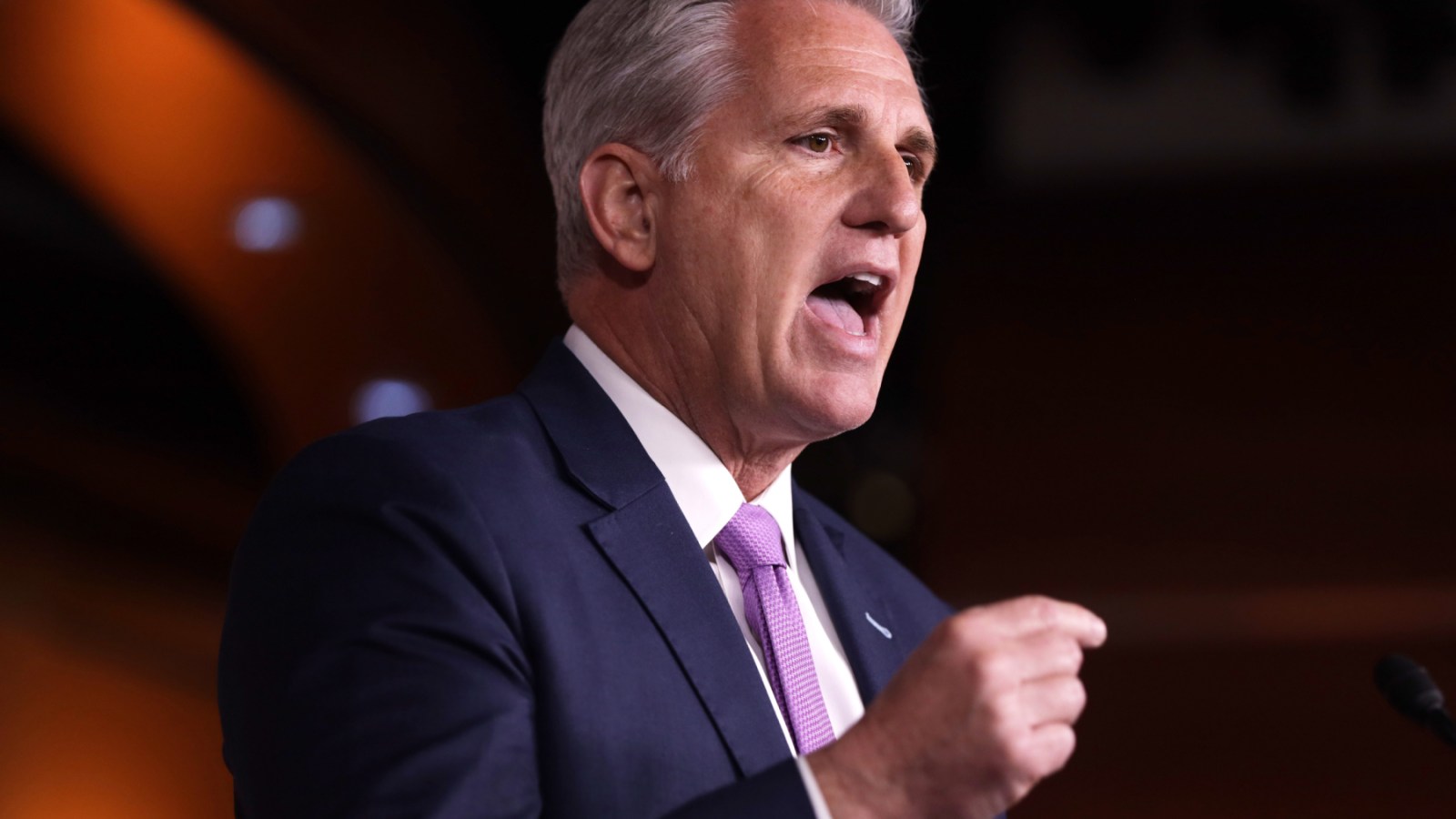 The speaker ousted the Democrats from the panel, saying that they are not fit to serve

House Speaker Kevin McCarthy exiled Reps. Adam Schiff (D-Calif.) and Eric Swalwell (D-Calif.) from the House Intelligence Committee on Tuesday. The move intensifies an ongoing game of tit-for-tat over committee assignments, and makes good on McCarthy’s vow for revenge after Democrats and a handful of Republicans voted to oust Reps. Marjorie Taylor Greene (R-Ga.) and Paul Gosar (R-Ariz.) from their committees in 2021.

The decision is McCarthy’s first major act of partisan retribution since taking the majority earlier this month. In a formal letter detailing his decision to the House minority leader Hakeem Jeffries, McCarthy said he cannot “put partisan loyalty ahead of national security” and claimed the intelligence panel “severely undermined its primary national security and oversight missions — ultimately leaving our nation less safe.” He also deemed the dismissals of Schiff and Swalwell as critical “to maintain a standard worthy of this committee’s responsibilities.”

Last week, Greene andGosar received House committee assignments after the two representatives were stripped of their roles for suggesting violence against Democratic politicians. McCarthy also indicated that he will allow Rep. George Santos (R-N.Y.), who is currently facing multiple investigations for lying to voters about key aspects of his identity and resume, a committee position.

McCarthy has also threatened to remove Rep. Ilhan Omar (D-Minn) from the Foreign Affairs Committee. In a statement the three Democrats targeted for removal said “it’s disappointing but not surprising that Kevin McCarthy has capitulated to the right wing of his caucus, undermining the integrity of the Congress, and harming our national security in the process,” PBS reported.

They said their ousting was part of a deal McCarthy made with the far-right House Freedom Caucus in order to take the gavel, which “required political vengeance against the three of us.”