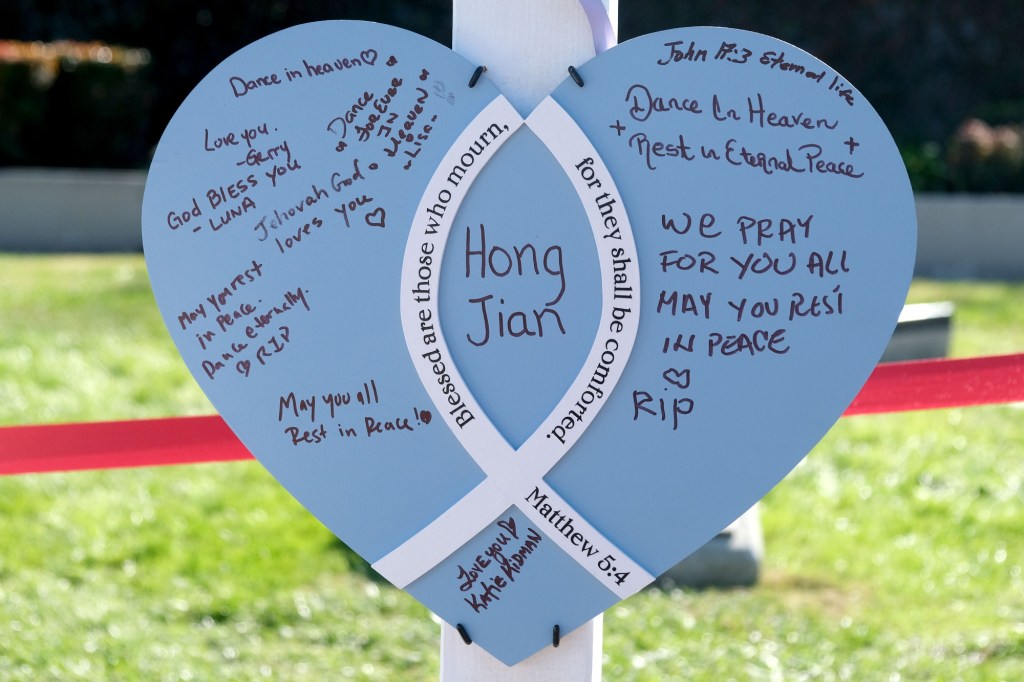 Qiang Bjornbak first met Hongying Jian at the Mandarin Baptist Church in Alhambra. The two women connected again by coincidence when a client of Bjornbak’s turned out to be friends with Jian.

Jian went by her married name, Nancy Liu. And, said Bjornback, people also called her friend something else: “Sister Sunshine.”

“She was a Christian, and she was very outgoing and very kind,” Bjornbak said. “She took care of my client so well. My client called her ‘Mom.’ “

In November, Bjornbak said, she spent two hours with Liu chatting away while they waited outside the client’s room in the hospital.

“She was a very warm-hearted and loving lady,” Bjornbak said of Liu. “She liked to help others.”

Liu and her husband Jeff Liu rarely left each other’s side, those who knew the couple said.

So of course they spent Saturday night together, celebrating the Lunar New Year at the Star Ballroom Dance Studio.

Juno Blees first learned that her father was shot, but thankfully, his wounds were not life-threatening.

“My dad got wounded and my mom is still missing. I don’t know what to think or say,” Blees said on Twitter on Sunday.

A few posts later, she revealed the heartwrenching news that her mother was among those killed.

“Final update: my mom is gone,” Blees wrote on Twitter on Monday, Jan. 23. “She never made it out of the dance studio. My family is devastated especially my dad. I am off social for awhile to focus on helping my family, but I want to thank everyone for sending us caring and loving thoughts during this dark time.”

In an interview with The New York Times, Blees said her parents immigrated from China more than 25 years ago and were regulars at the club.

Jeff Liu was standing toward the entrance, watching people dance when the gunman began shooting, Blees told the Times. Blees said her father saw the gunman open fire at someone selling tickets at a booth and that he went to the dance floor immediately, the newspaper reported.

“He felt heat on his shoulder,” Blees said in the interview. “That’s when he knew that he probably got hurt.”

Her father caught a glimpse of his wife and watched her fall to the floor.

“He saw her collapse,” Blees said, “and they got separated.”.