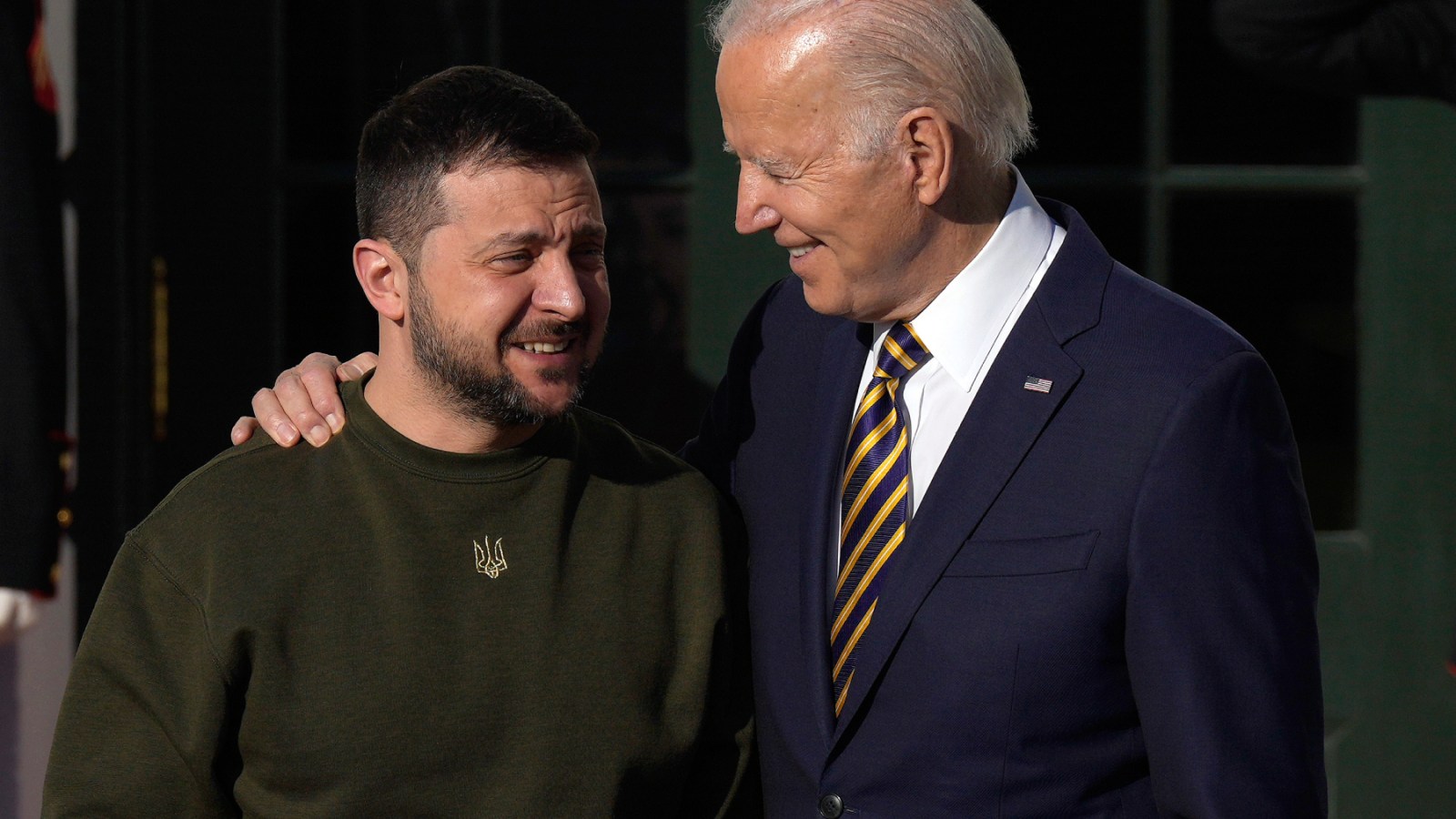 The Biden administration announced Wednesday that the U.S. will equip Ukraine with a battalion of 31 M1 Abrams tanks, reversing their longstanding hesitation to arm Kyiv in its fight against Russia. The news arrived on Zelensky’s 45th birthday, which Stephen Colbert was quick to point out on The Late Show that evening.

“Today it’s Volodymyr Zelensky’s birthday,” Colbert said in his opening monologue. “And Joe Biden got him exactly what he asked for… 30 M1 Abrams tanks.” The host also joked that while the state-of-the-art, 70-ton tanks were a “game changer” for the war in Ukraine, they also happened to come with a “free month of Sirius XM.” Colbert also took the opportunity to plug in the show’s “Is Potato” shirts, with all proceeds going to the World Central Kitchen — a non-profit providing meals in Ukraine.

Biden’s decision followed Germany’s promise to transfer Leopard 2 tanks to Ukraine — a key move that paves the way for dozens of other European countries to send their own heavy weaponry, New York Times reported.

Earlier on Wednesday, Zelensky praised U.S. leadership for their support and said it was “an important step on the path to victory.” In December, Zelensky met with Biden at the White House, and addressed Congress to campaign for military and economic support to counter Russian attacks.